By Edel San March 20, 2011
This is literally my first time to eat a full meal in this restaurant. The previous times, we just ordered pica-picas and drinks.

With hubby, daughter and a friend in tow, we ordered the set meal that feeds 4 pax. 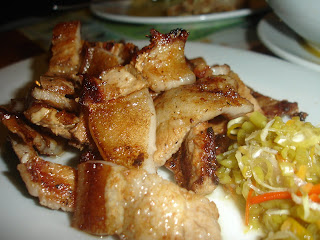 The Inihaw Na Pork Liempo was just so-so. Also, it was thinly sliced so you can't really taste the meat and it more on fatty than meaty-- not to mention, it arrived late on our table. 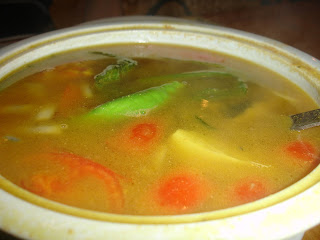 Then there's the Bangus Belly Sinigang. Hubby enjoyed this dish since he is more of a health-buff than I am. I love the sour broth since it remained hot for a long time. What I don't really like is that it tastes like the broth is made from powdered sinigang mix. I guess that's the downside of knowing how to cook a mean sinigang, hehehe. 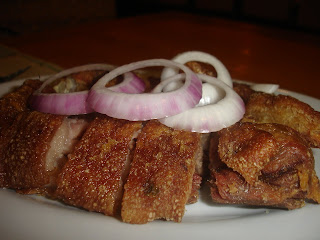 This is what I ate the most! Boneless Crispy Pata. Not bad, but that that great either. I've eaten crunchier and tastier crispy pata (with bones nga lang!). But I enjoyed this so no harm done except when hubby commented that the crispy pata meat tasted luma (old). Yikes! Must be the frying oil that they're using. 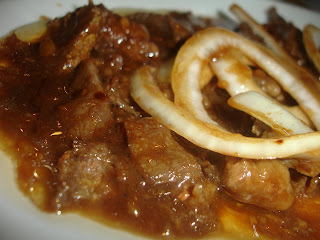 And lastly, the Bistek Tagalog. A bit on the oily side but it tasted quite good considering that I'm not fond of the dish. It just happened that its included in the set meal that we ordered. No complaints here, really. Even the oiliness is tolerable.

The set meal also includes 4 iced tea drinks and a big plate of rice. And for the price of P700+ for four pax, I'd give it a thumbs up for the price and the servings since it can feed 5-6 not so hungry people on a budget. Happy Eating!