By Edel San June 12, 2013
I met Chef Edgar during Fishta's Event at the World Trade Center. It was my first time to attend a live cooking demo and at the same time I was also covering the event. He prepared three different dishes using Pampano Fish. 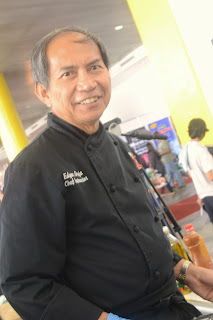 After the event, I was lucky to have a one-on-one chat with him. He's very friendly and my nervousness vanished. He made me feel at ease with his stories and of how he became a chef.

Chef Edgar who hails from Pangasinan is a retiree from the United States where he worked as an F&B Director at the Holiday Inn Hotel. He graduated from the California Polytechnic University where he too up H.R.M. During his stint at the hotel, he was inspired by the hotel chefs so he suddenly found himself taking up Culinary Arts at Contra Costa College in San Pablo, California. He worked as an Executive Chef at the Holiday Inn before deciding to spend his retirement years in the Philippines and eventually opened up a Culinary School in Taytay, Rizal.

The best advice that he can give to aspiring chefs are:

1. Pursue education. You don't have to stop just because you already finished culinary arts. It is a continuing process. You need to learn, learn and relearn some more.

3. Broaden your horizon in cooking. Explore.

4. Do not allow yourself to be stagnant.


Aside from being a Chef and a Culinary Teacher, he also developed different variants of Dasher Salt. Salt being abundant in his native Pangasinan.

He gave me a bottle of Black Peppercorn and Rice Essence. 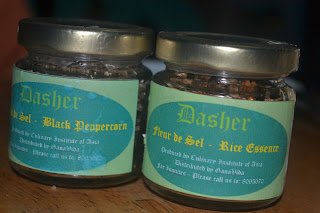 Fleur de Sel's Rice Essence. Chf Edgar mentioned that this salt-mix if Japanese-like since it has nori and sesame seeds and other ingredients. You can just add this salt-mix to rice for some flavor. I love this! Hubby and daughter also loves this. Thumbs up! 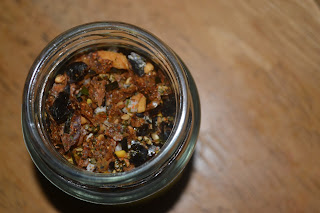 Black Peppercorn salt-mix. He said this is very flexible and easy to use. And he's right. I used this for my fish rubs. This can also be sprinkled in pastas or other dishes that needs extra flavor. 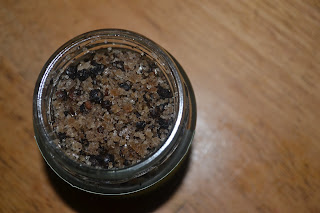