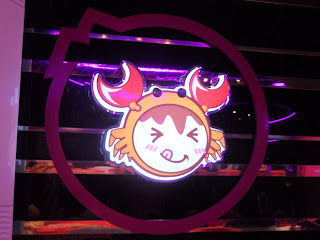 But today is a special day at Tama Yaki since daughter and I got an invite to try the other flavors of takoyaki and milktea. Oooops, mejo na-guilty tuloy ako because daughter didn't like the milktea I ordered the first time we went there because of the "tea" taste. Kaya nga milkTEA e. Hahaha. But kids are kids, they prefer sweet stuff and kiddie flavors. The one I ordered last time was oolong based and has 80% sugar level so no-can-do for kids.

So off we went to Tama Yaki after having dinner at nearby Promenade. We were entertained by the very gracious Ms. Dana Cuneta who manages the restaurant. She mentioned that Tama Yaki just opened last February while The 5th Taste just opened up recently. 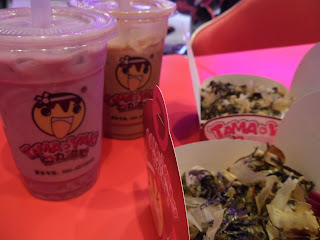 Double Cheese Takoyaki. Daughter ordered this as she can't resist cheese. I like it because its different from the basic takoyaki (octopus). And before I forget, Ms. Dana mentioned that most of the takoyaki flavors such as the satay squid, the double cheese, oyster and mozzarella, etc., were developed in their own kitchen as well as the other milktea flavors. Galing! 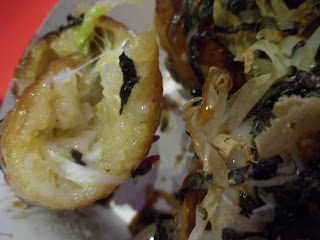 Satay Squid. Not spicy- good! And the squid is very recognizable, too. Sulit talaga. And it tastes good. I know it would've tasted better if its spicy but I'm too chicken to try the spicy sauce even if Ms. Dana said its possible to order half spicy and half regular sauce. 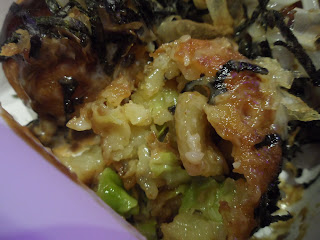 And the milkteas! The one on the left is Cheese Milktea with Crystal Strips. Again, daughter ordered the one with cheese. She's playing safe, I guess. I mean, most kids love the cheese milktea flavor. But this one is different since the cheese is blended in the drink, and not just on top. She opted for the 100% sweetness level. Yummy drink. Its like drinking your dessert. 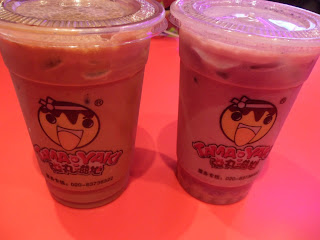 Meanwhile, the drink on the right is the Taro Milktea with Tamayaki Rice Ball. This drink was recommended by Ms. Dana since she must have noticed that I am having a hard time making a decision. I mean, with more than 10 flavors ba naman. ;) This drink they developed themselves, too- a Pinoy Milktea version. Its like a "guinataan" drink with bilo-bilo. And I thought that rice ball meant-- cooked rice shaped as balls Japanese-style. Hahaha. Love this drink. Even hubby likes it (I wasn't able to finish it so I brought it home).

It was a very memorable and pleasant experience for daughter and I too learn about food and stuff, and not just eating what's on the menu. Sometimes a meal becomes special if you know the story behind it. Thank you, Ms. Dana and Tama Yaki for having us. And btw, Tama Yaki will soon open up a branch at SM North. Something to look forward to especially for the foodies based in Quezon City. You can eat takoyaki while shopping! :)