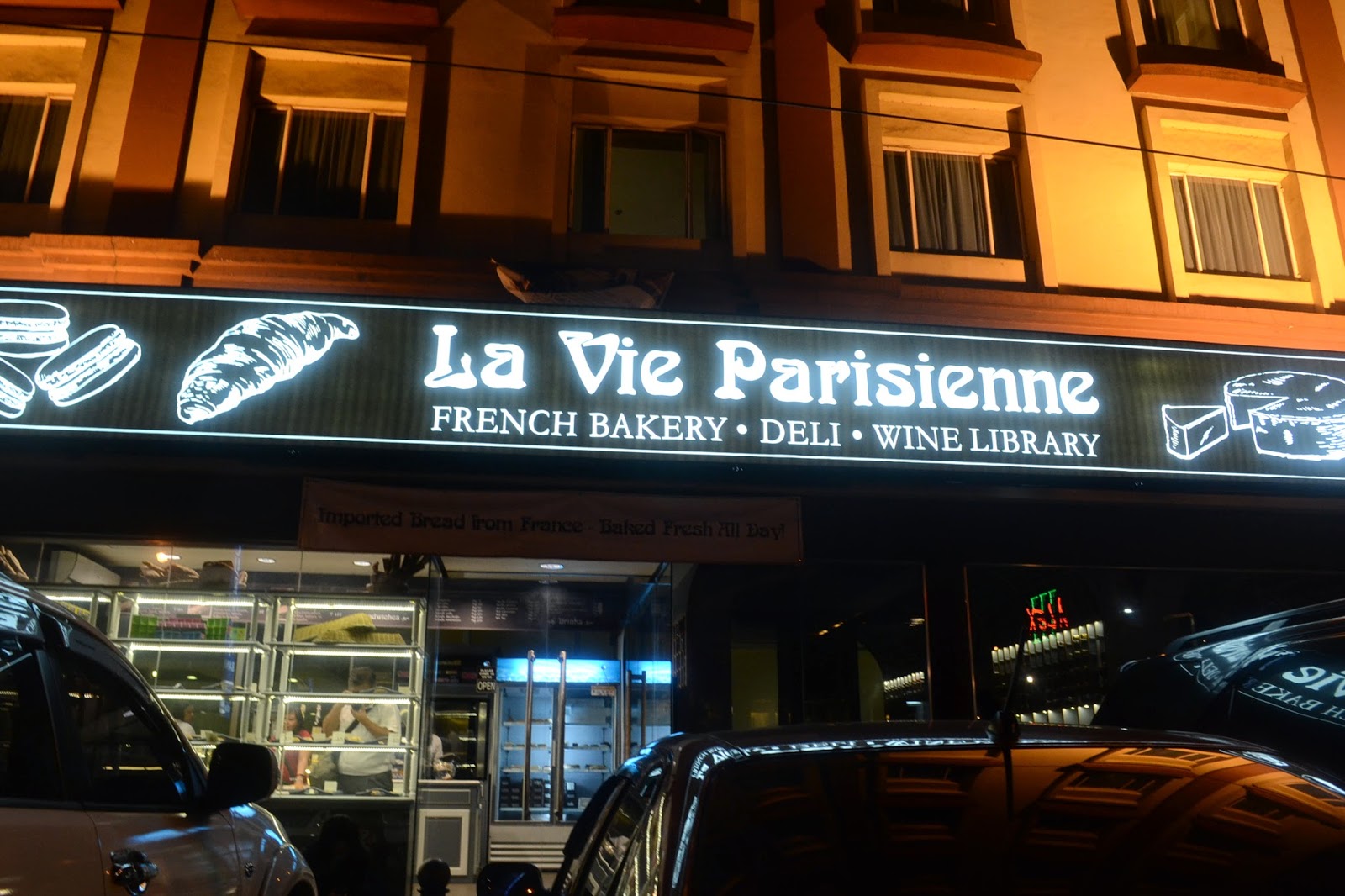 I love the Parisienne-feel of this shop. 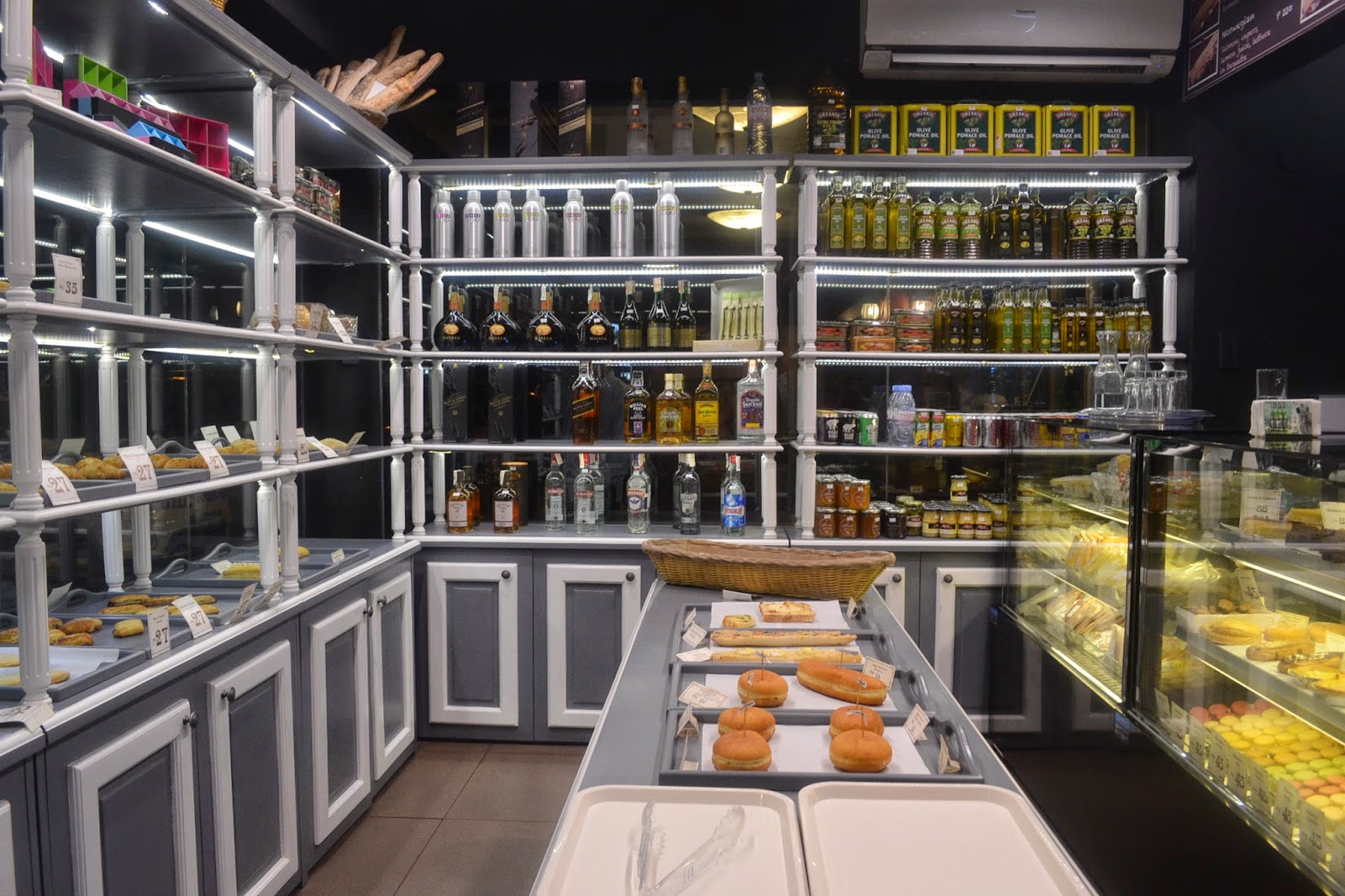 Deli items. I got excited with the cheeses! I bought some St. Nectaire and Asiago. I'm coming back for more! :D 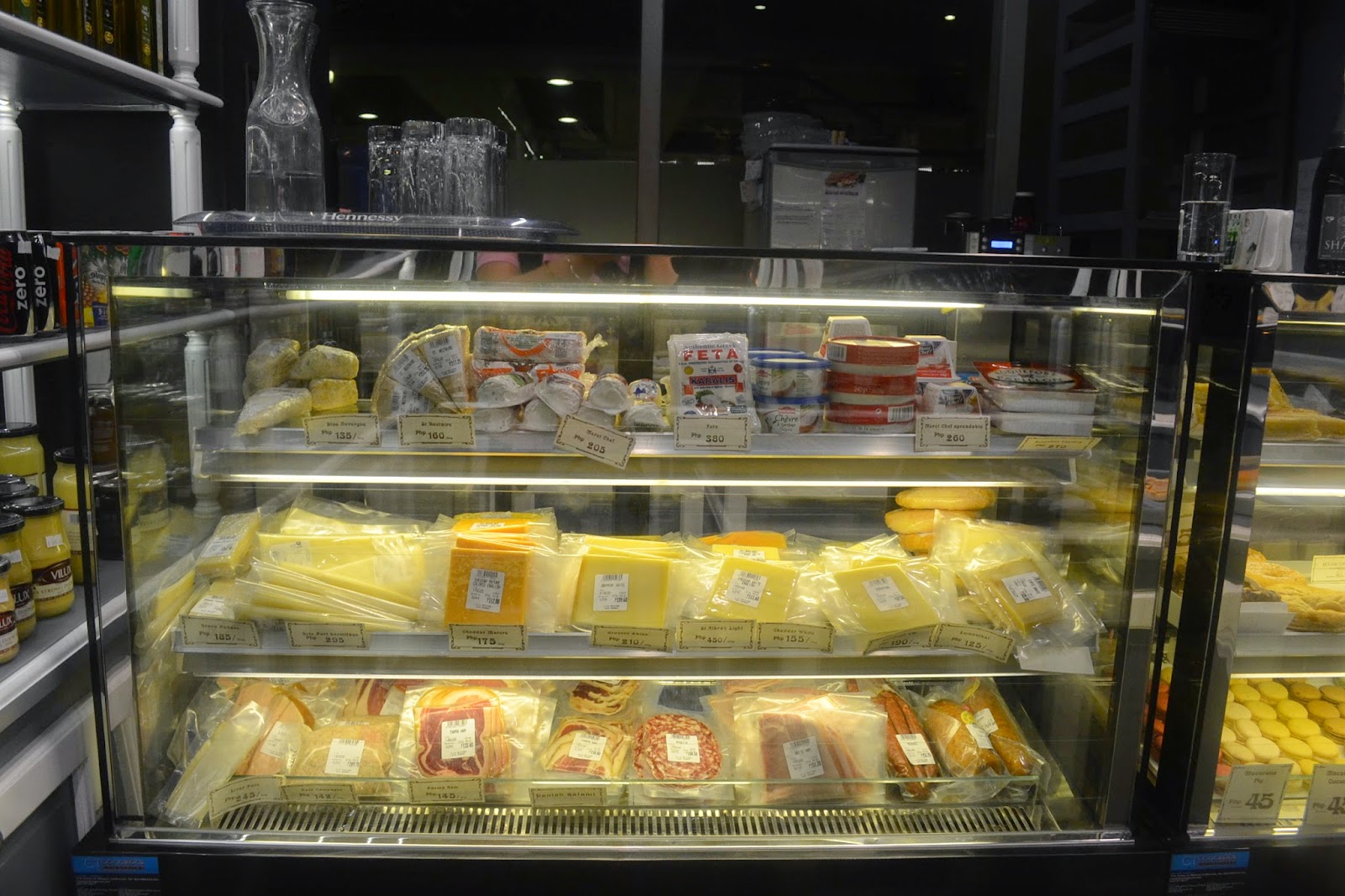 Had I not known that my cousin is baking brownies, I would've bought a slice or two. They have yummy looking macarons also but I've had my fill of macarons for now. Aside from wines and other liquors, they also have some affordable sparkling wines in five fruity flavors that costs only P290. I'm really coming back- soon! 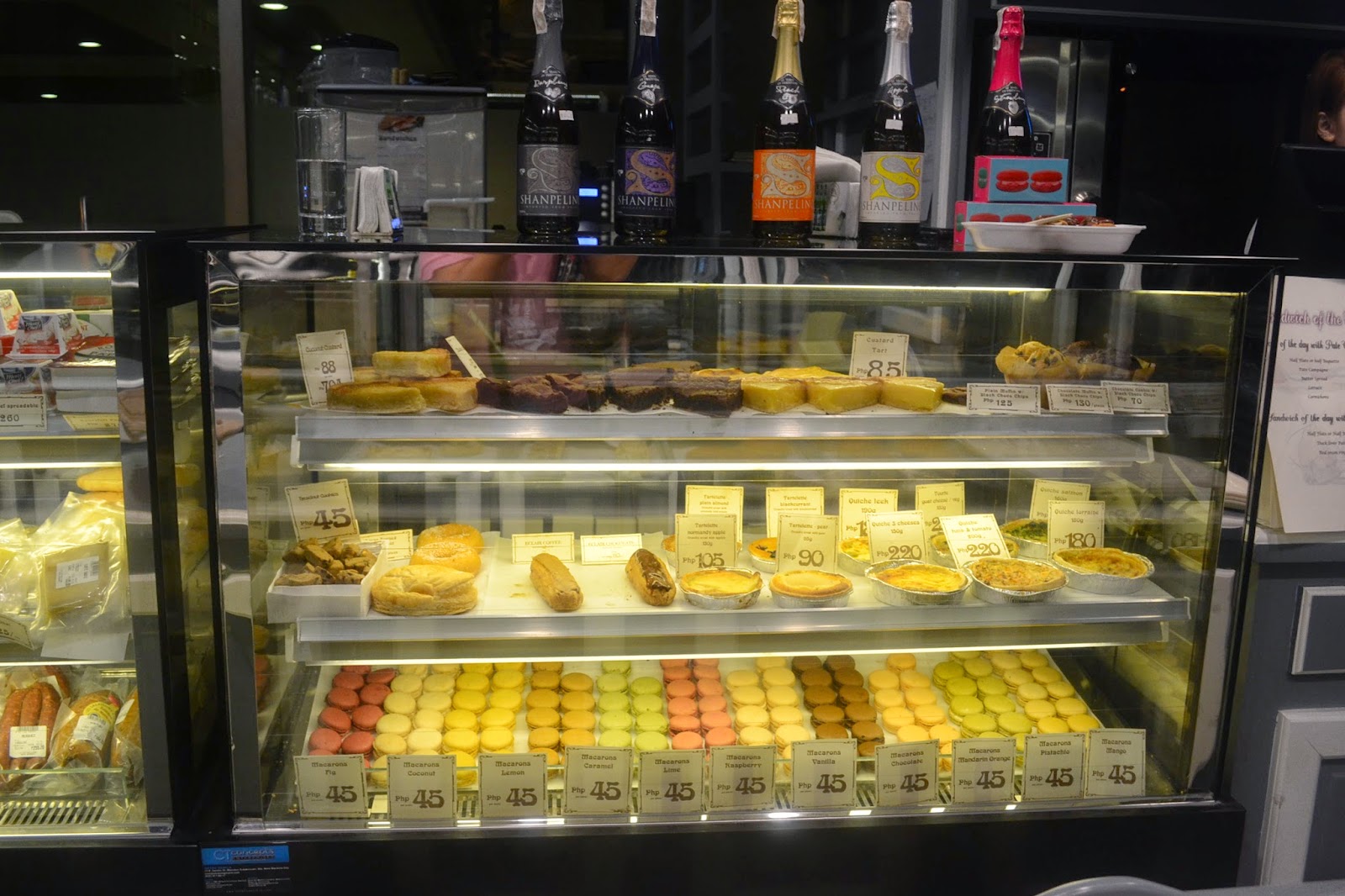 Chocolate Croissant, P47. This is daughter's favorite so I bought two for her. Two thumbs up! Tastes so good and I love the chocolate bits. I know it will taste better if reheated but daughter's already devouring it; was able to have two bites though. Lucky me. :) 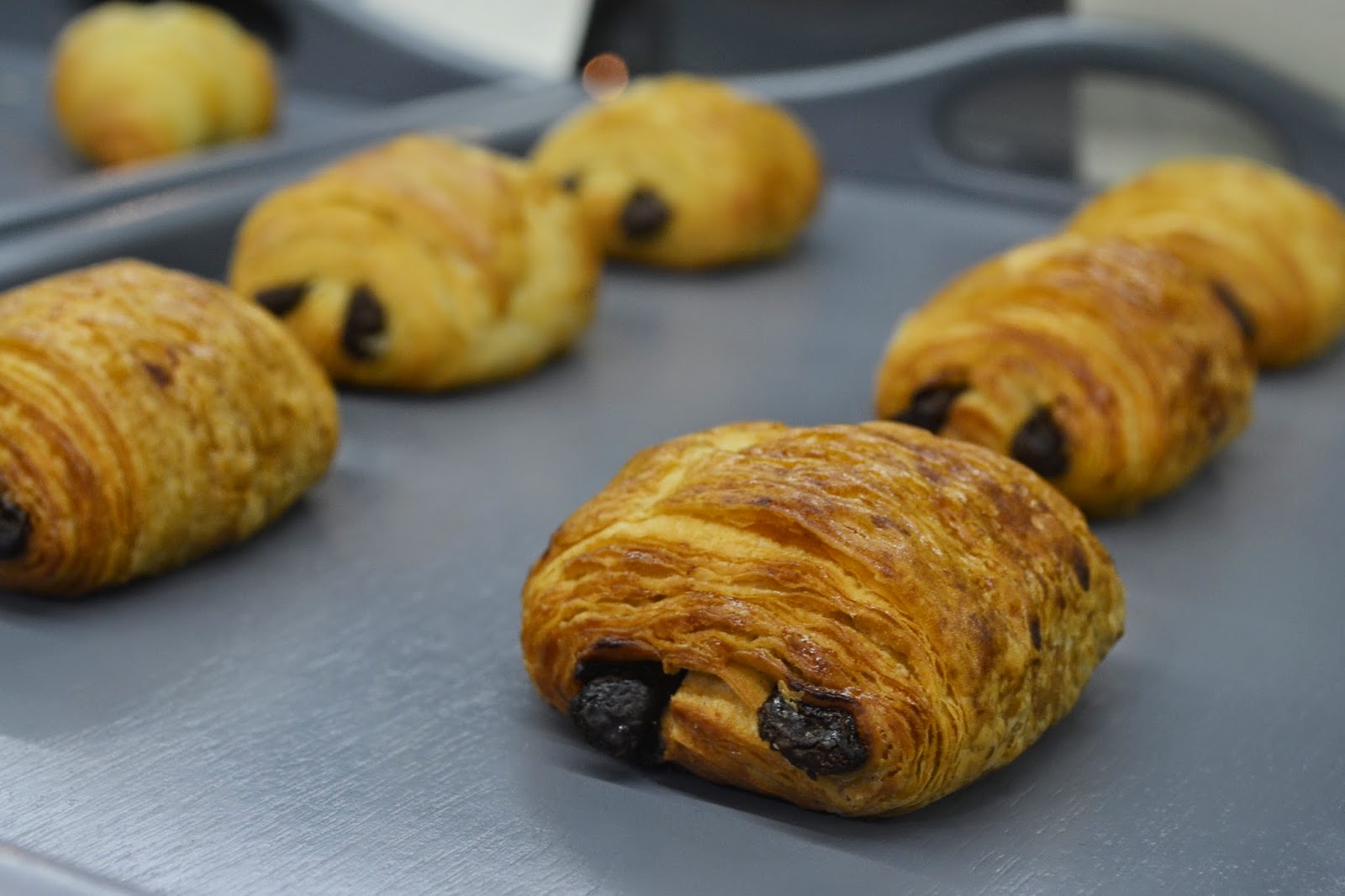 Croissants. There are other breads also such as the famous baguette but it was way past 9pm when we got there. We were advised by the helpful staff to visit the shop in the morning when the breads are just out of the oven. 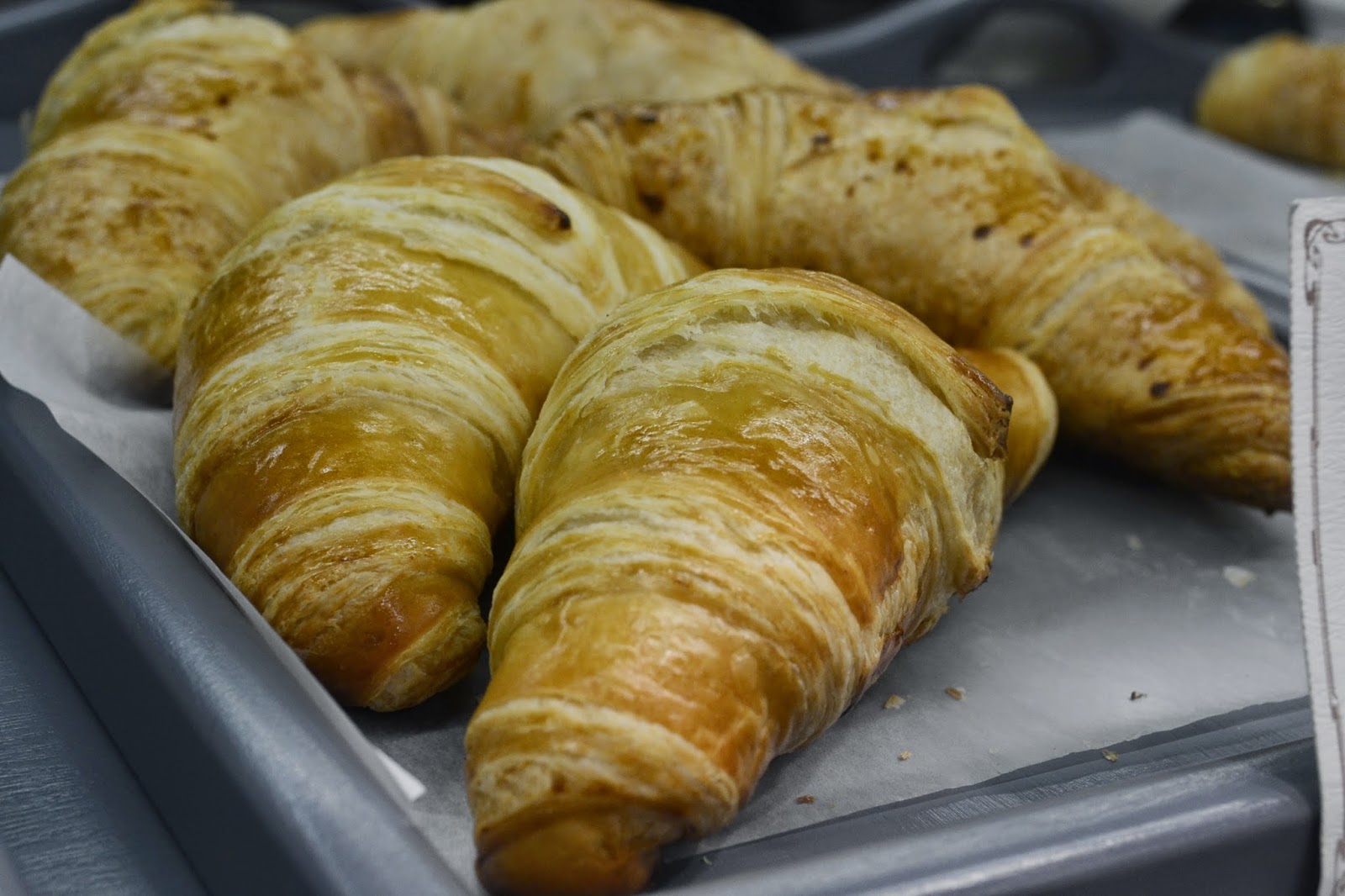 Chocolate Eclair. Costs less than a P100. Taste is similar to Monchen Gladbach which is actually a donut that looks like an eclair. I think this will taste better if chilled. The one I ate spent too much time outside the counter being photographed! The store also offers sandwiches or you can choose from the wide selection of breads and cheeses and pair it with wine. ;) 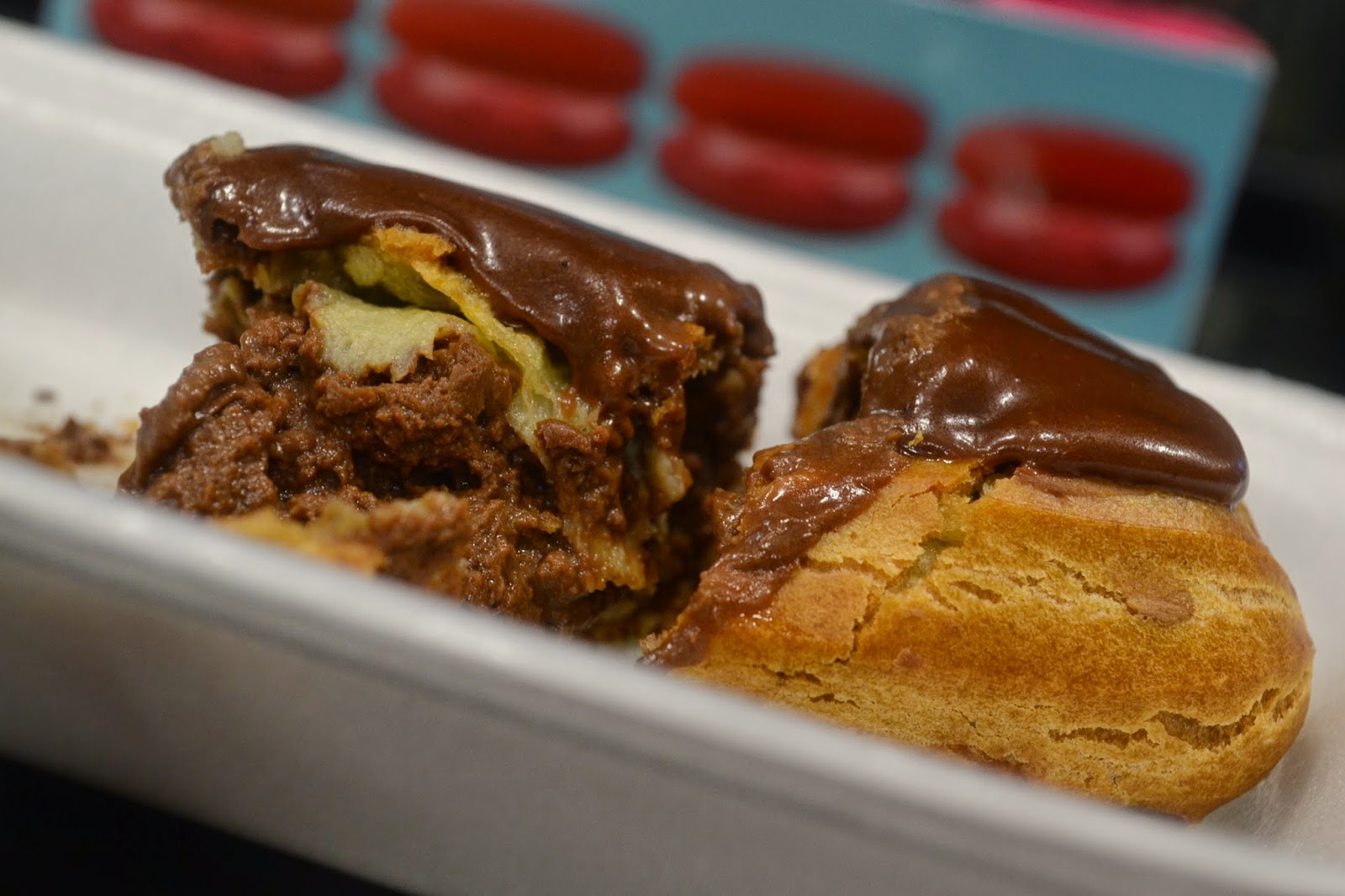 There are hundreds of wines inside the wine library but all the tables are occupied and I don't want to interrupt intimate conversations. It has 4 tables and can seat about 16 pax.