By Edel San August 25, 2014
Located in historic Malate, Bistro Remedios is one of the remaining "old" establishment along Remedios Circle and Adriatico since most restaurants there are relatively new with the exception of a few that includes Cafe Adriatico. The restaurant's charm lies solely on its Filipino comfort food dishes that can make one nostalgic and reminisce about childhood and lolas (grandmothers) who spend hours and hours of cooking in the kitchen. Those were the days when food preparation at home was serious affair and ingredients were fresh and not bottled nor in sachets. 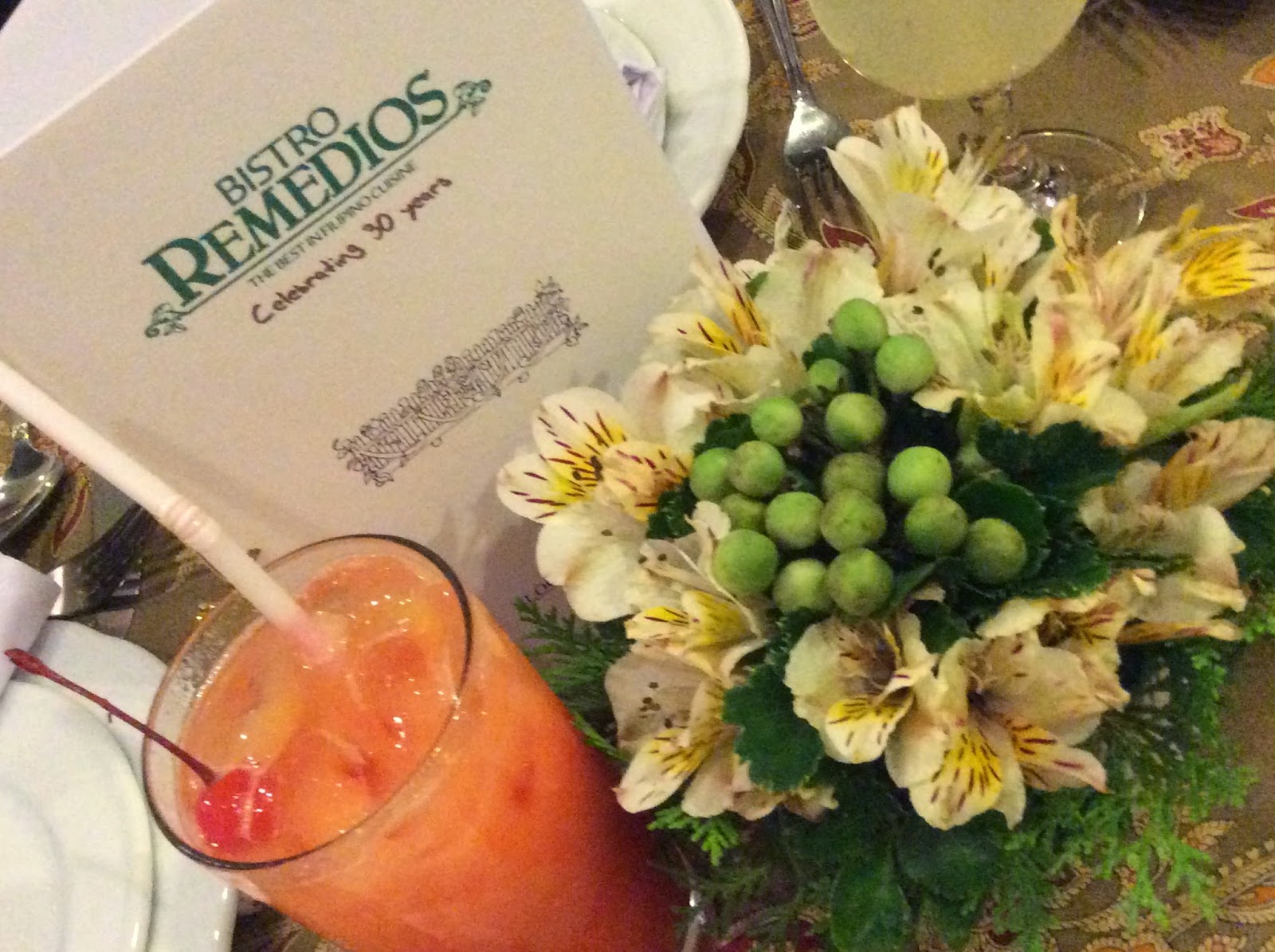 And that's where the success of Bistro Remedios came from- the traditional way of preparing and cooking food.

Paco "Fern" Salad. A very light and refreshing salad with calamansi vinaigrette. So good! Serving is good for sharing but I can happily finish everything off the plate. 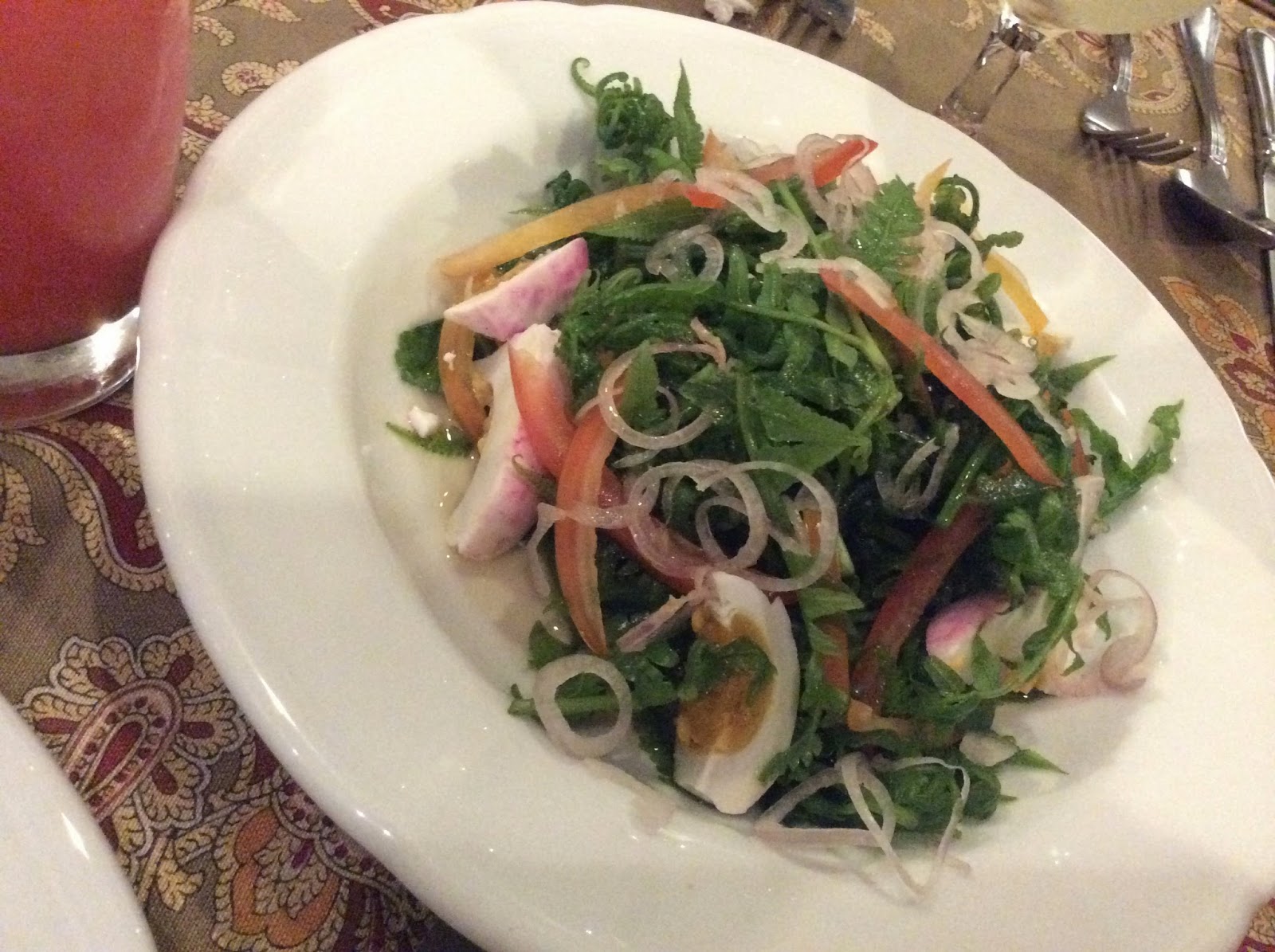 Sisig. I'm not really an expert when it comes to sisig but I like this because its not oily compared with the other sisigs that I've tasted. 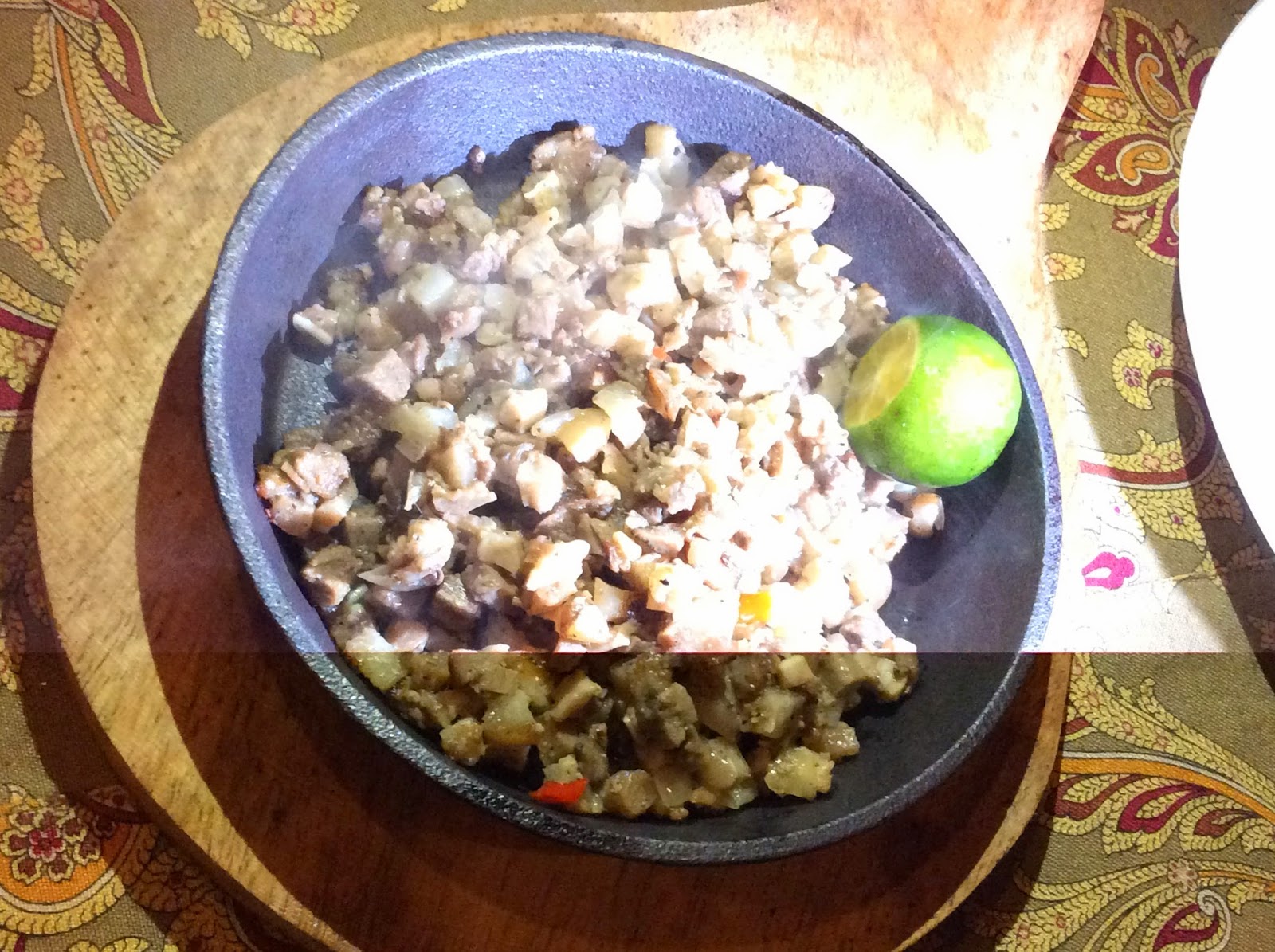 Sinuteng Baby Pusit. Now this is l-o-v-e. It tastes garlicky with a hint of spiciness at the same time. Squid was tender also. Best paired with rice but I don't eat rice anymore. ;) 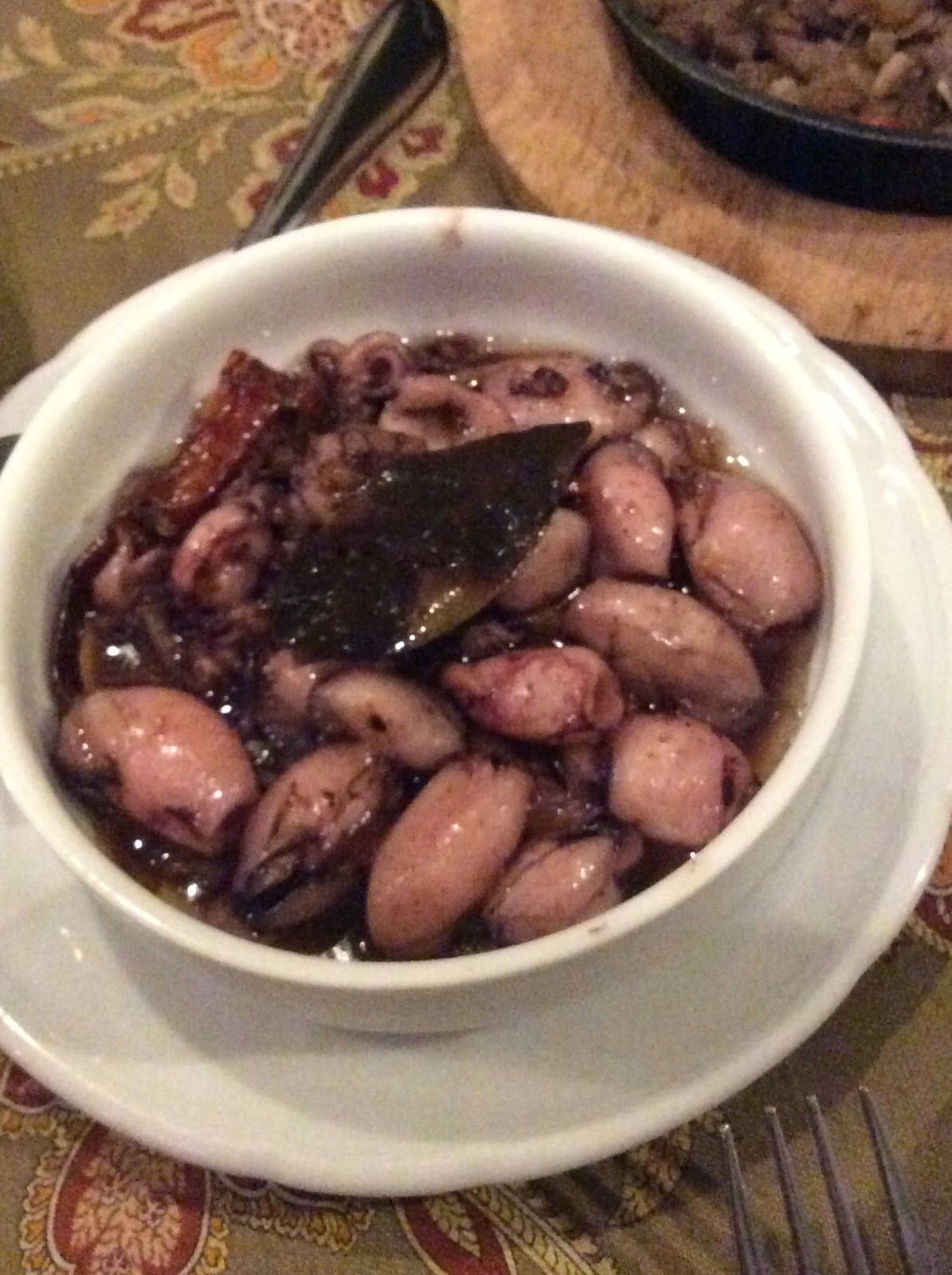 Frog Legs. My companions was raving about how it tasted like chicken. Sorry- I really can't eat Kermit the Frog. 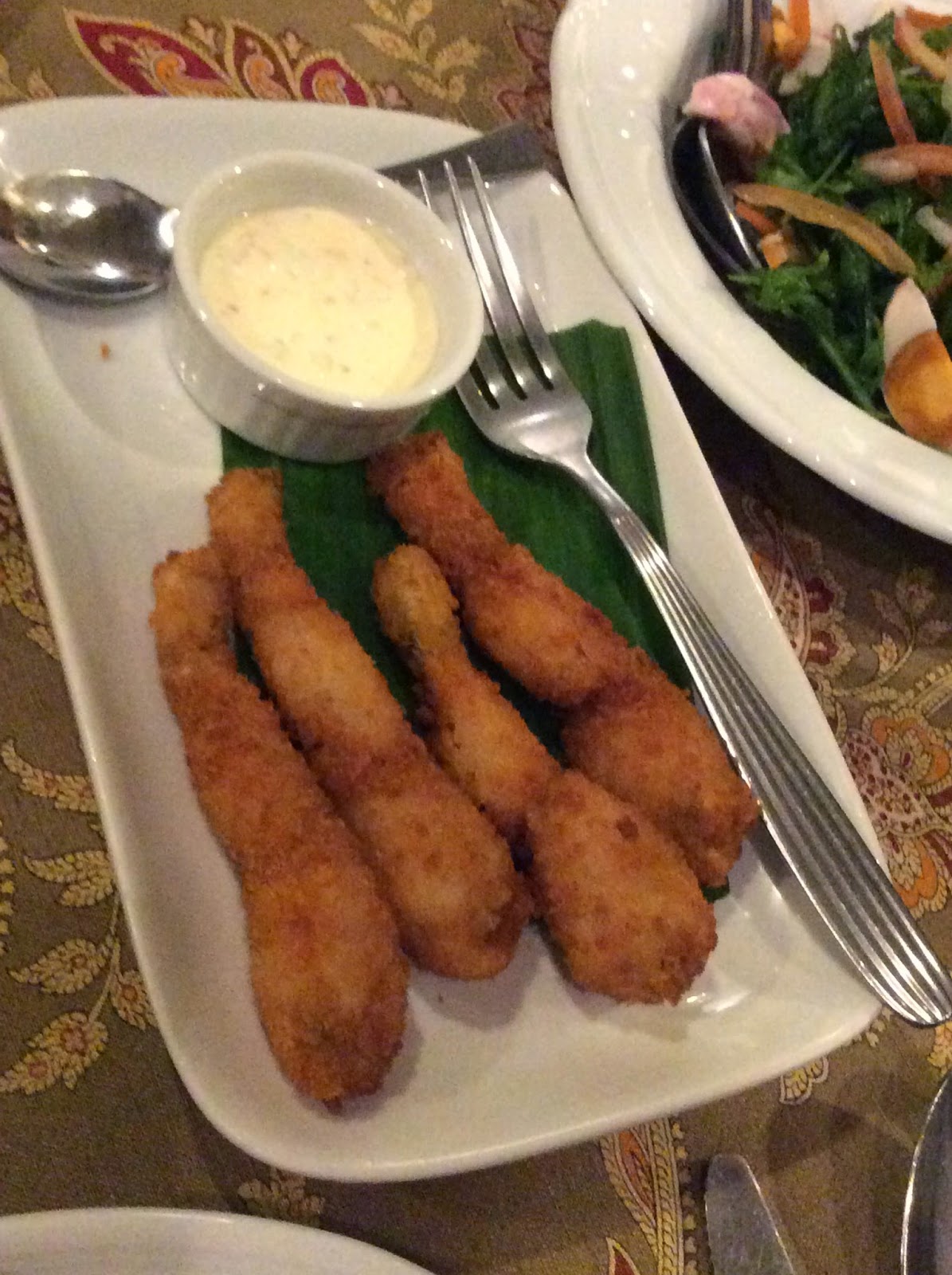 Camaru. So I skipped the frog but ate the locusts! Haha. At least it doesn't look like an insect anymore- no head and wings. Also, camaru is rich in iron so its healthy. Taste is similar to "matalos" fish. 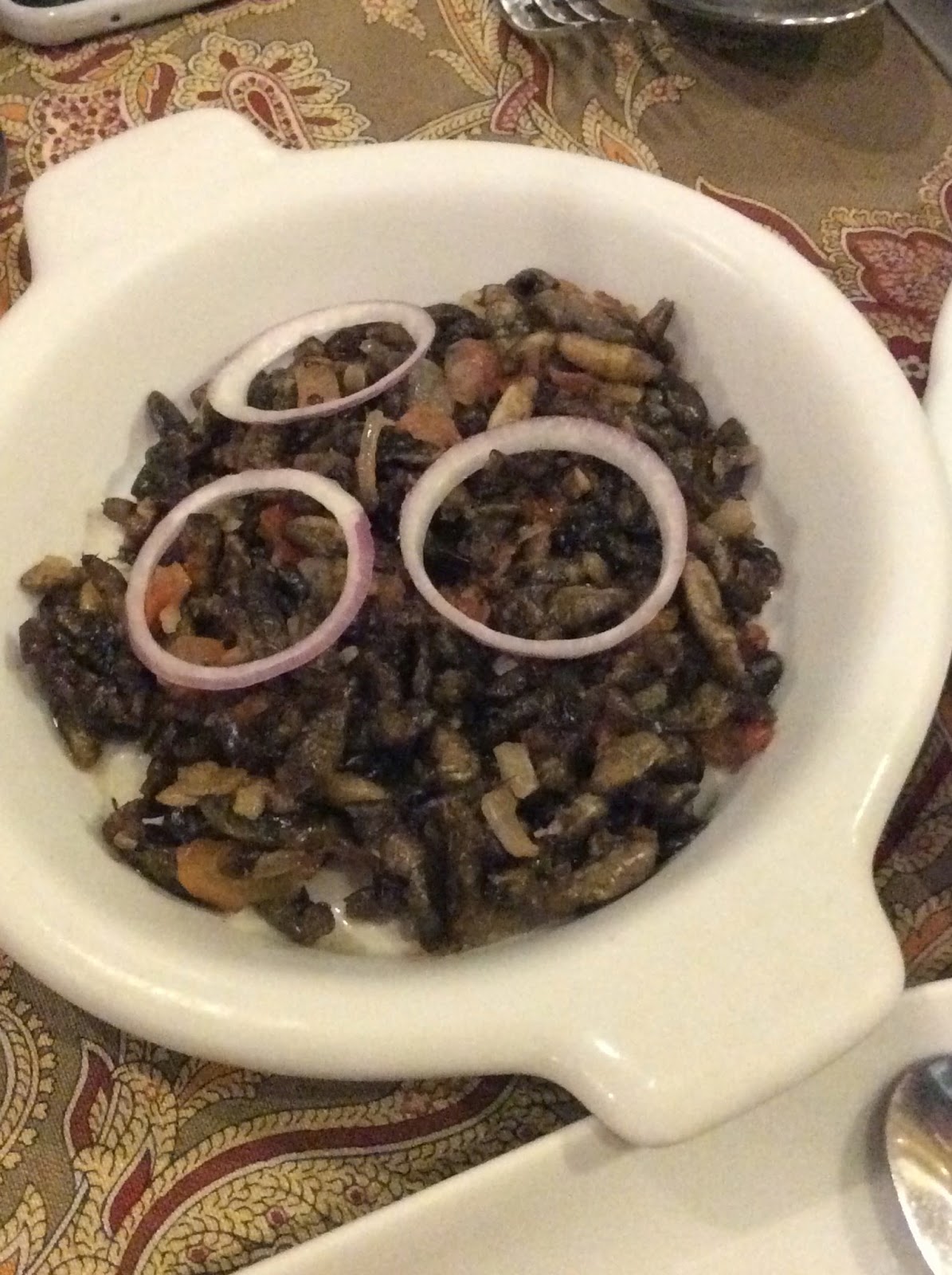 And while eating, these trio hops from one table to another and will serenade diners with old popular Filipino songs. They don't sing loudly so you can still eat and converse leisurely. 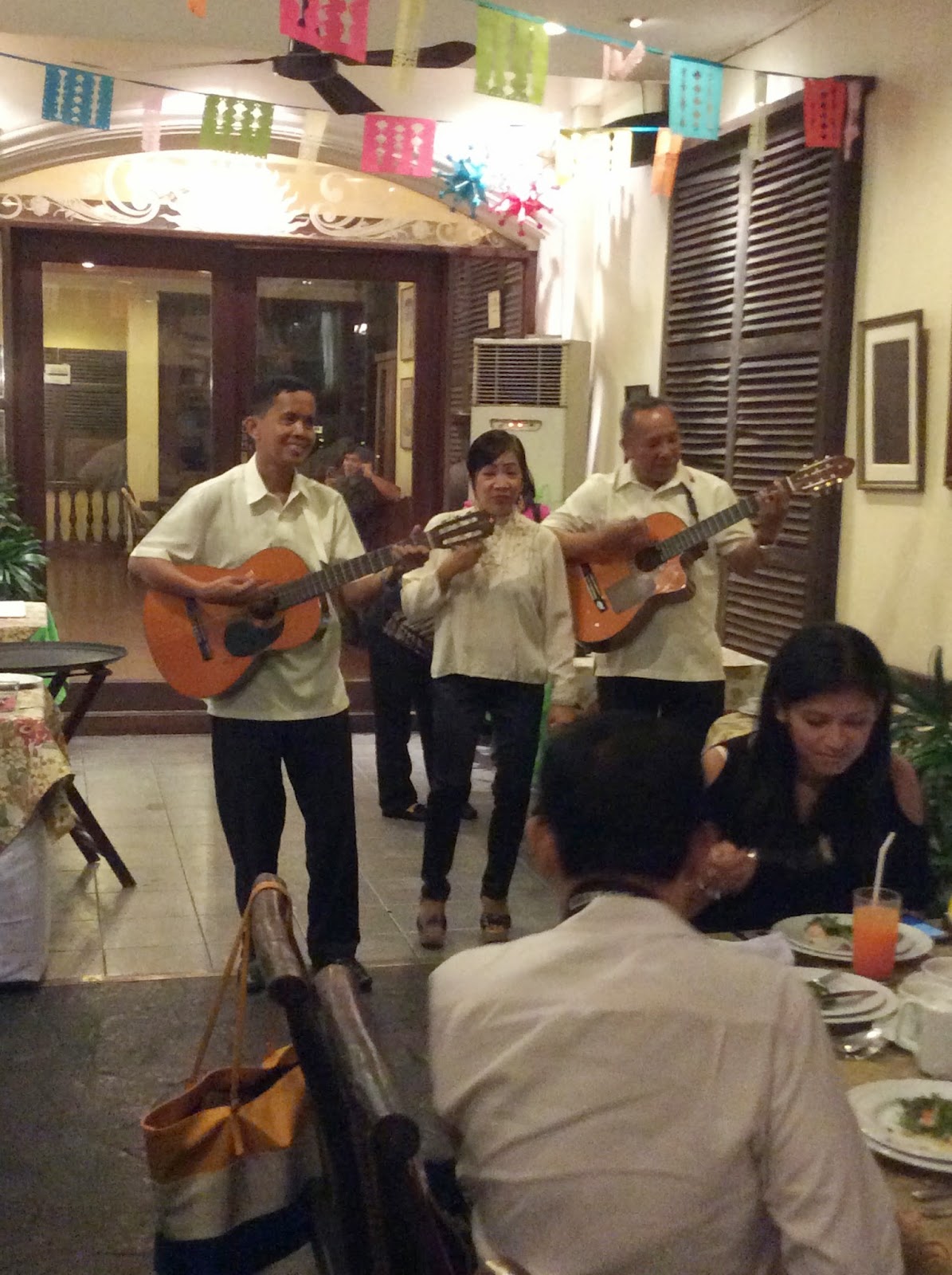 Sinigang na Bangus sa Bayabas. I am guilty when it comes to cooking sinigang because I haven't tried cooking it the traditional way. Shhh! But I love the broth of this sinigang sa bayabas because of its fruity sweetness. There's no hint of sourness to it unlike sinigang sa sampalok. Thumbs up! 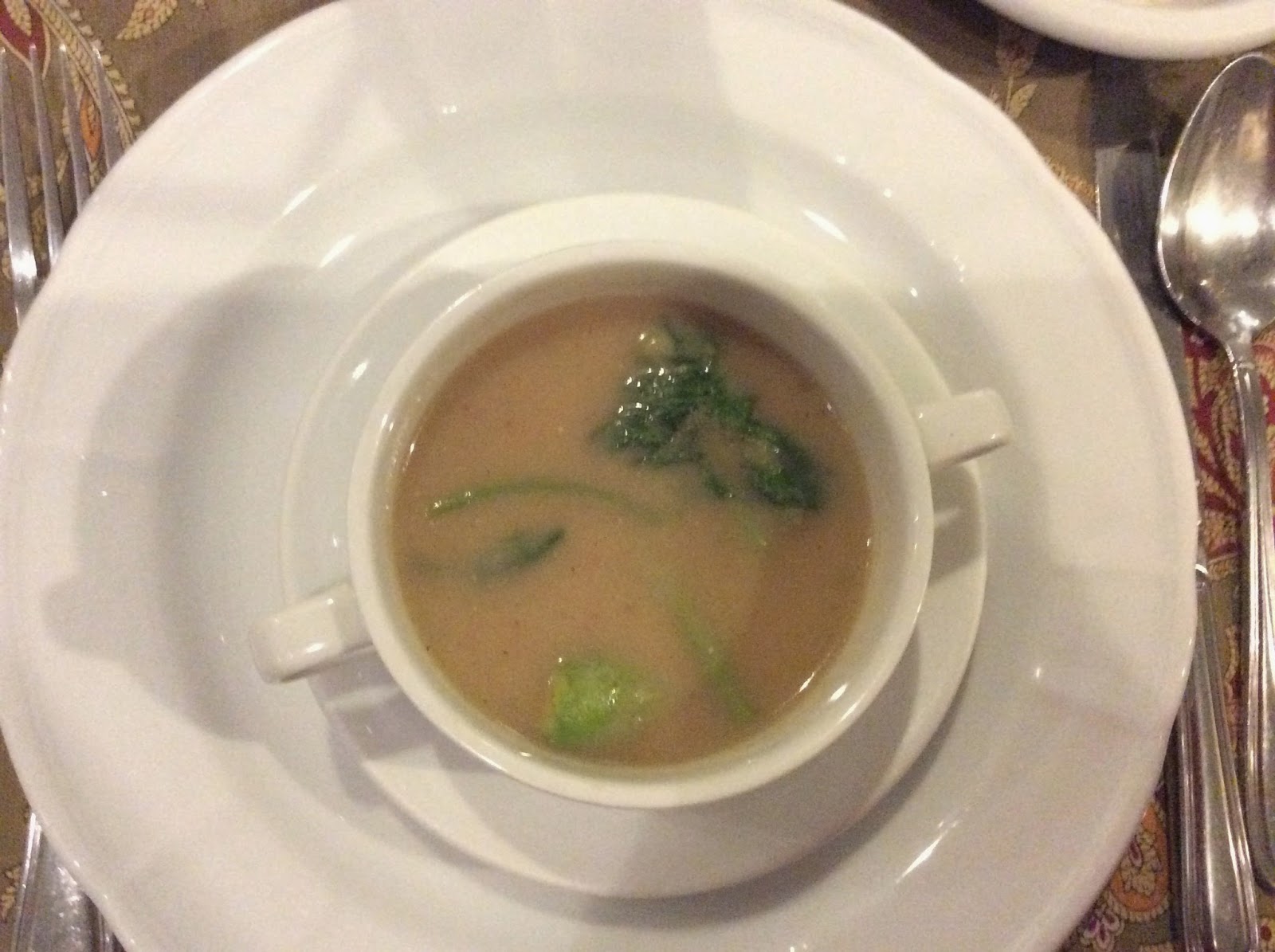 Lechon Kawali sa Gata. Now this is my favorite amongst all the dishes served. The lechon kawali itself is still noticeably crunchy and the gata or coconut sauce adds an interesting twist to it. A very memorable dish that you'll want to taste again and again. 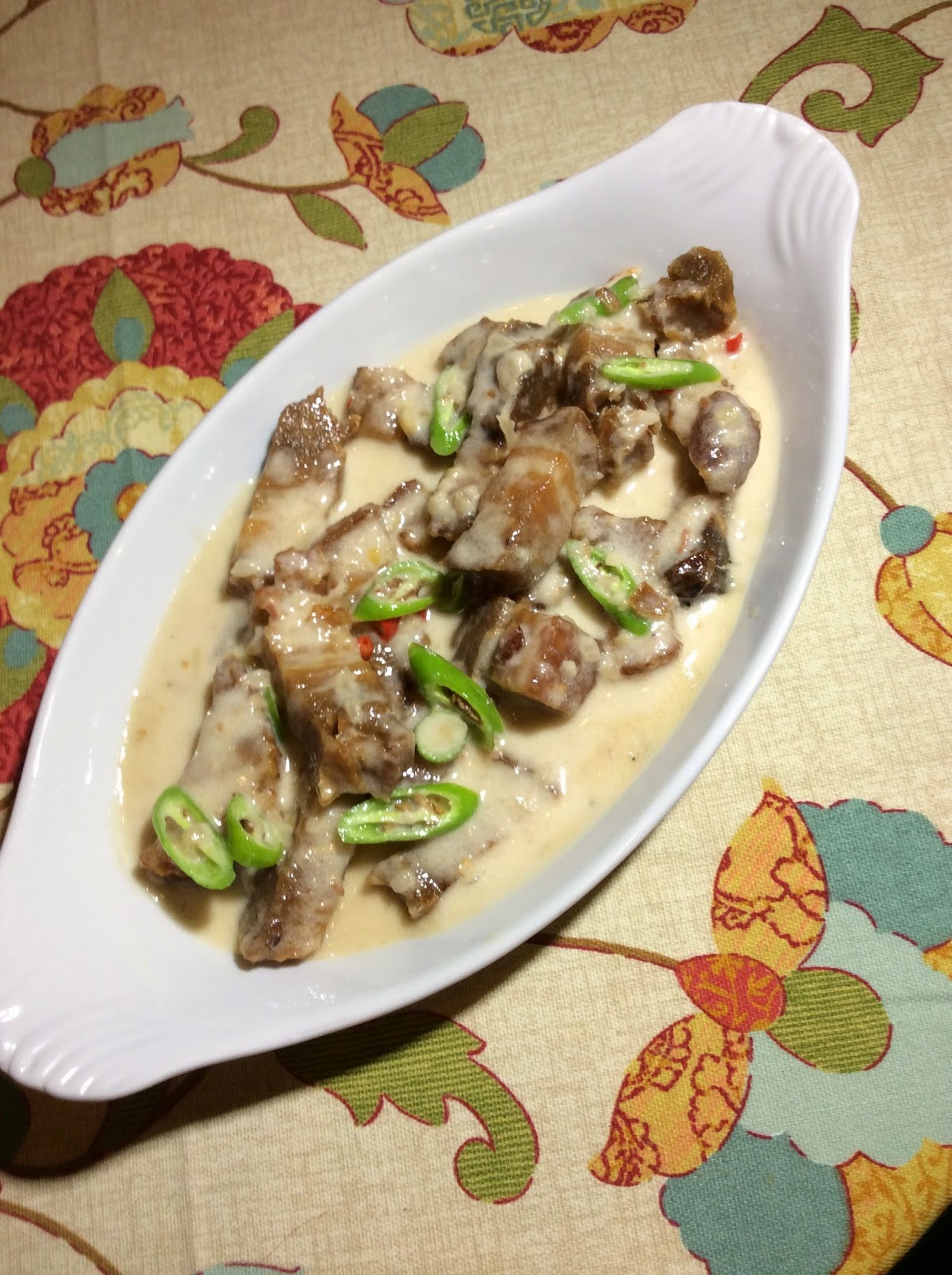 Pininyahang Pork. Meat is tender and I like the fact that they used fresh pineapples and not the canned ones. 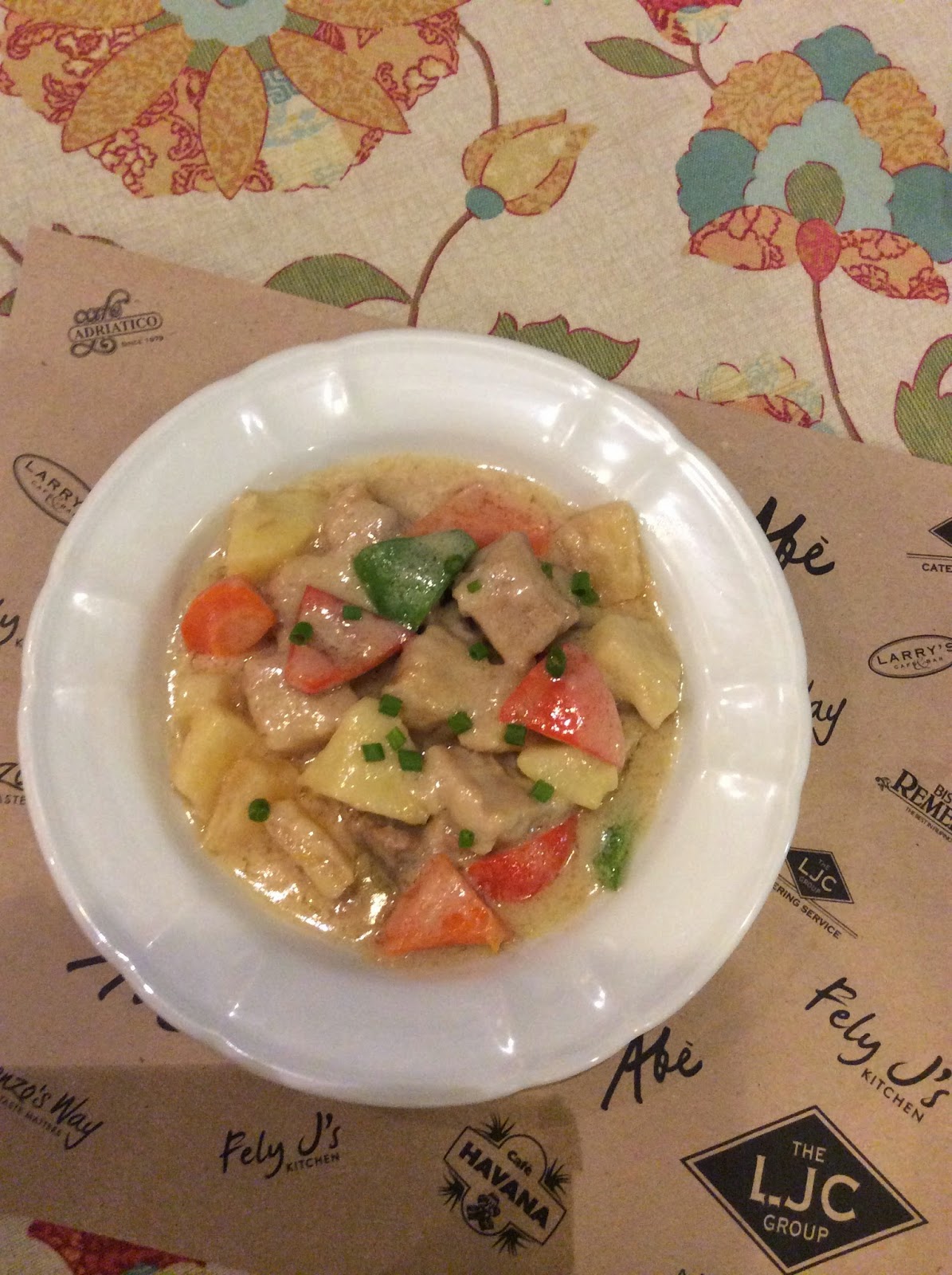 Adobong Hito sa Gata. Surprisingly good. I'm quite used to fried hito and have this notion that it has a fishy taste if cooked differently but I stand corrected. The fish was also plump so that's another plus factor. 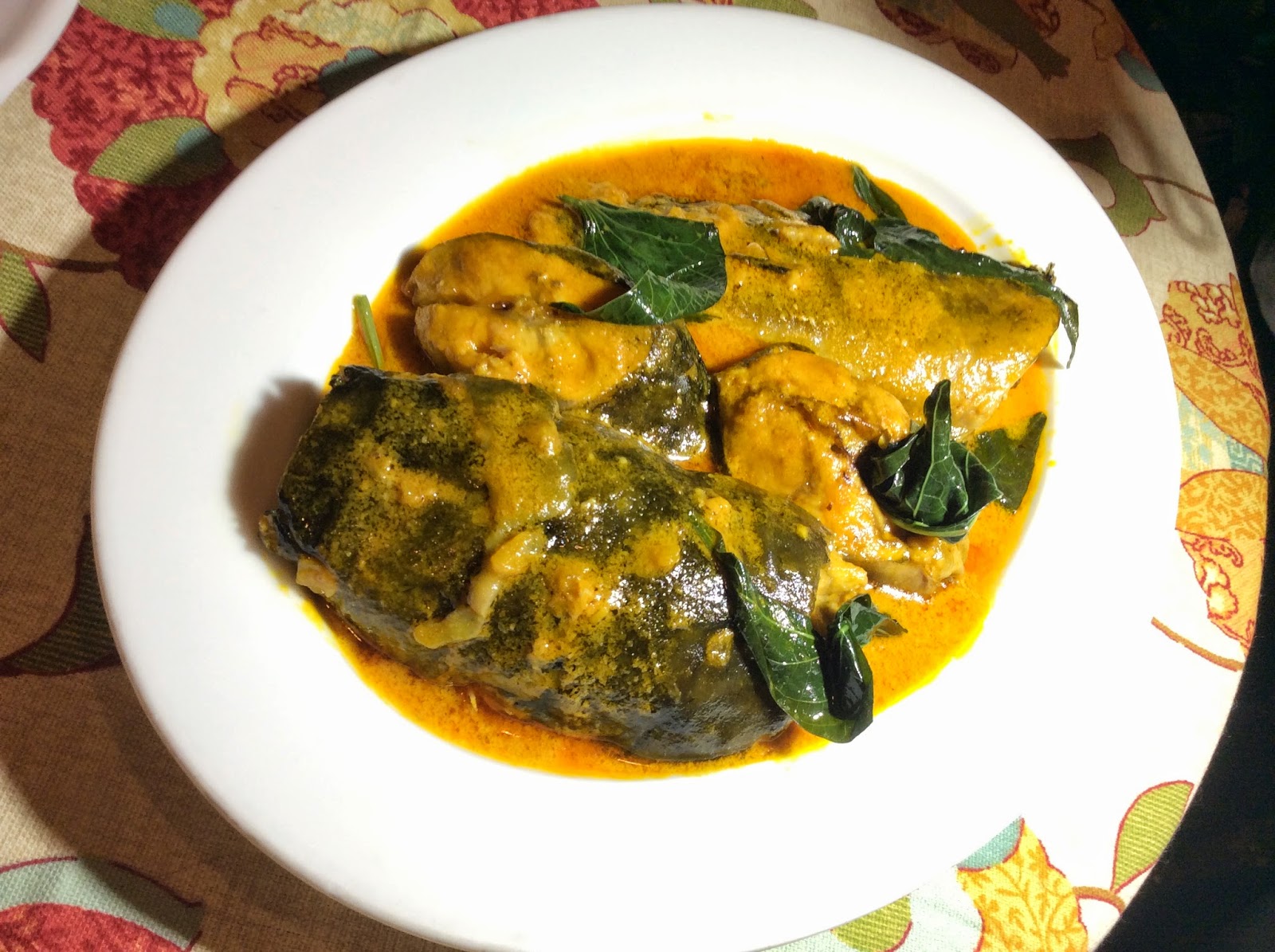 Crispy Tadyang "D Original". For me, this is best paired with a bottle of super cold San Miguel beer (as if I drink beer) or super cold soda. 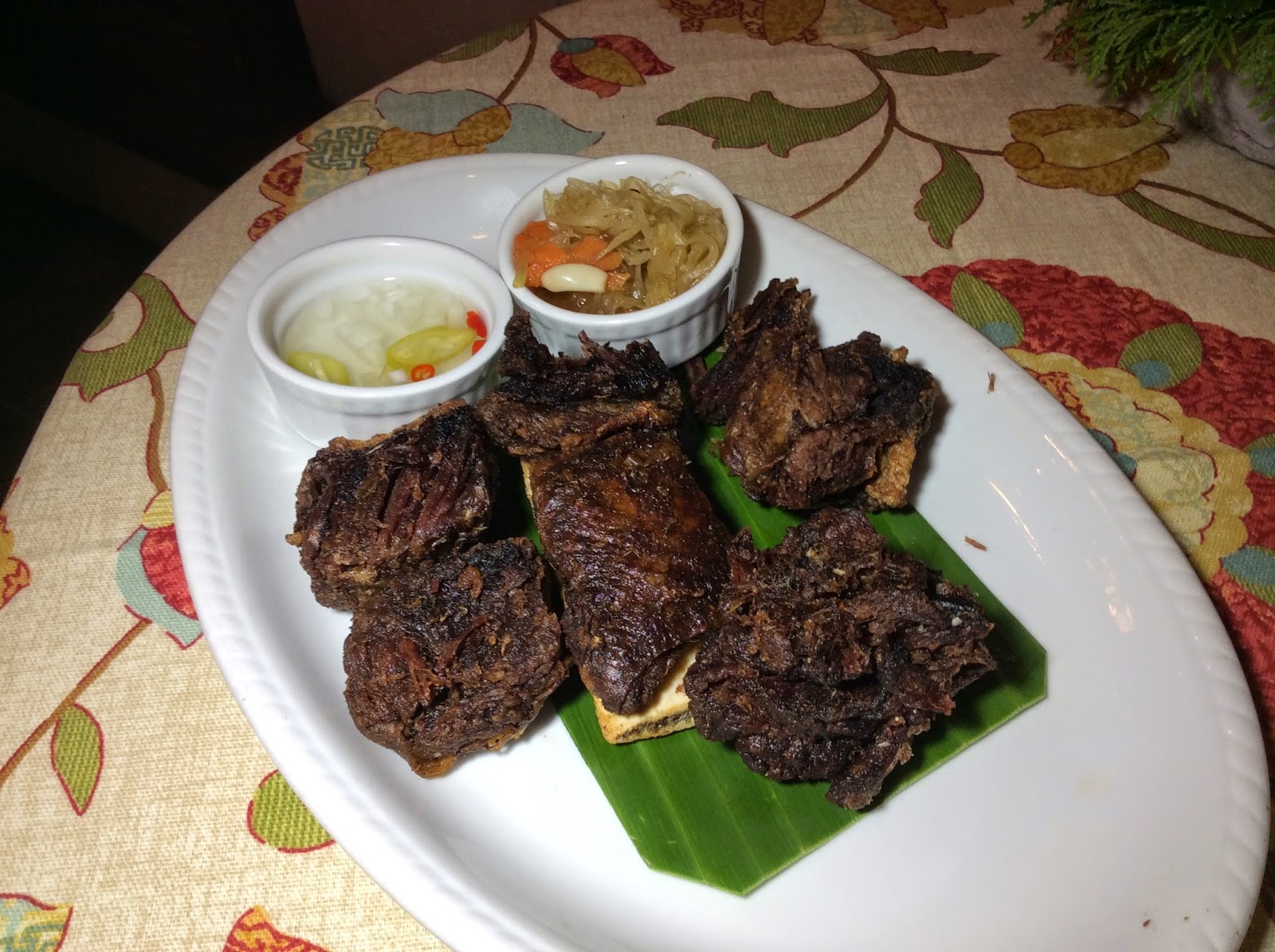 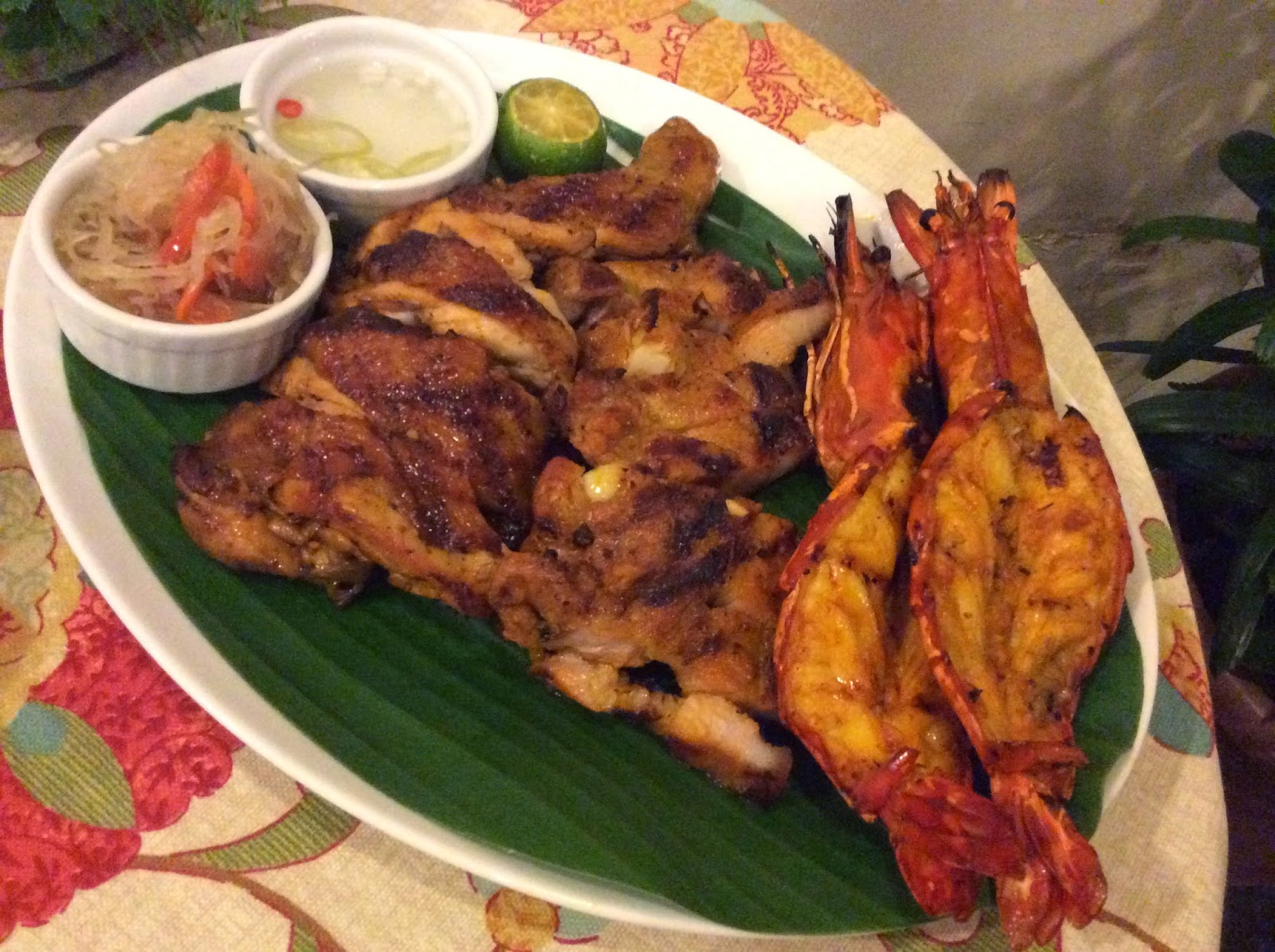 Kalderetang Kambing. Some people has an aversion when it comes to goat meat because it has a particular taste and smell. But the kalderatang kambing that they served us doesn't taste like goat's meat at all. 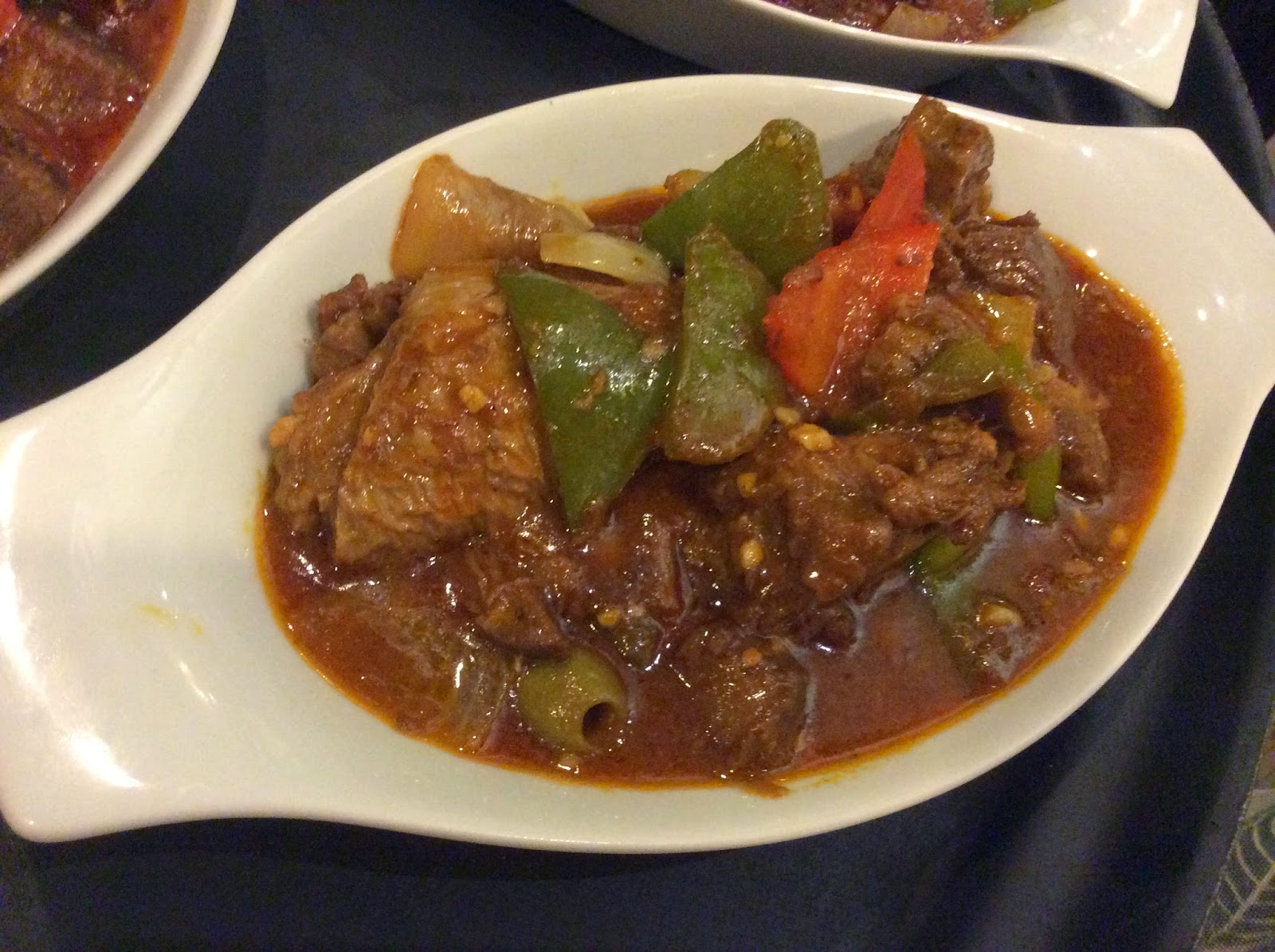 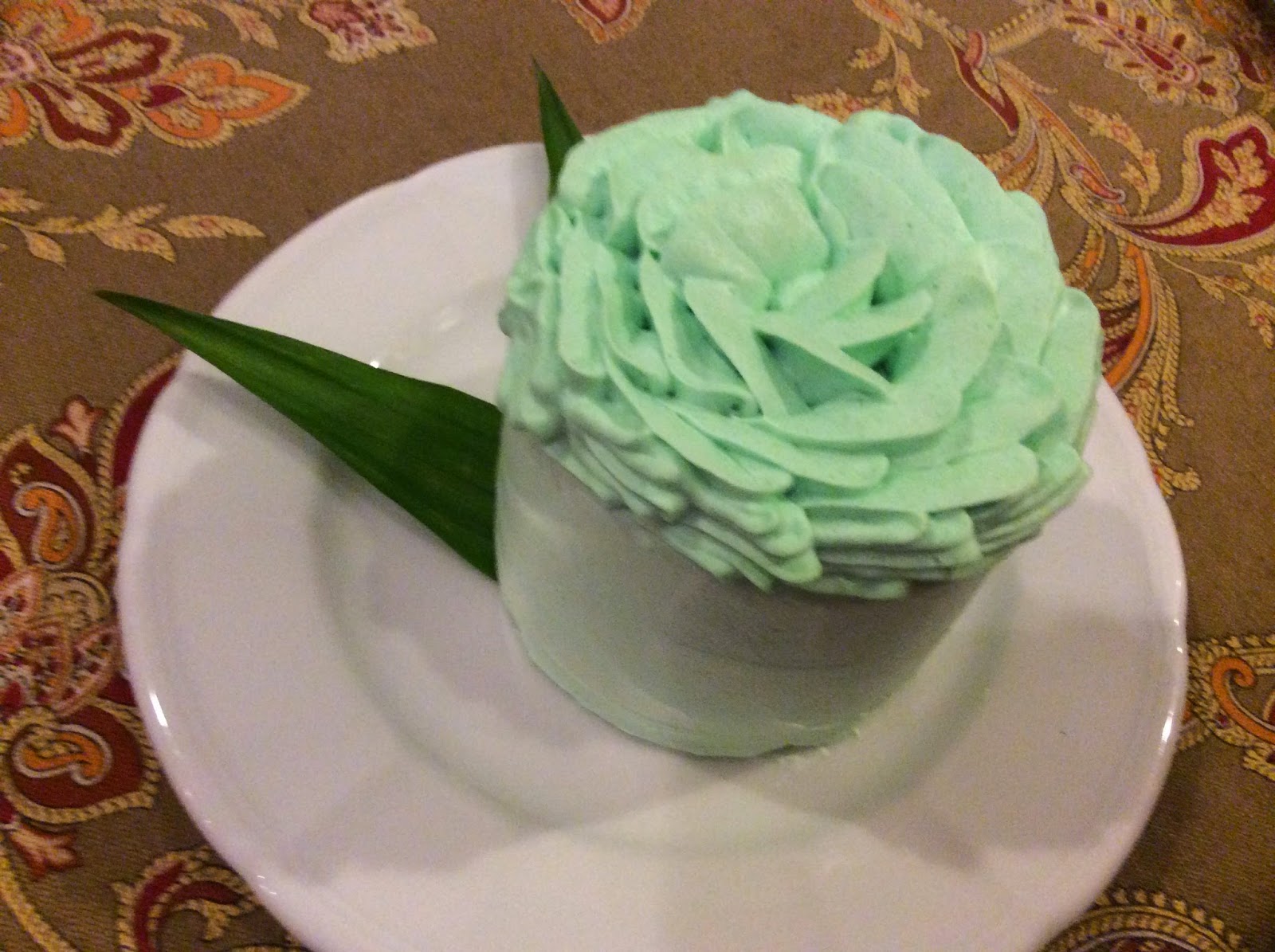 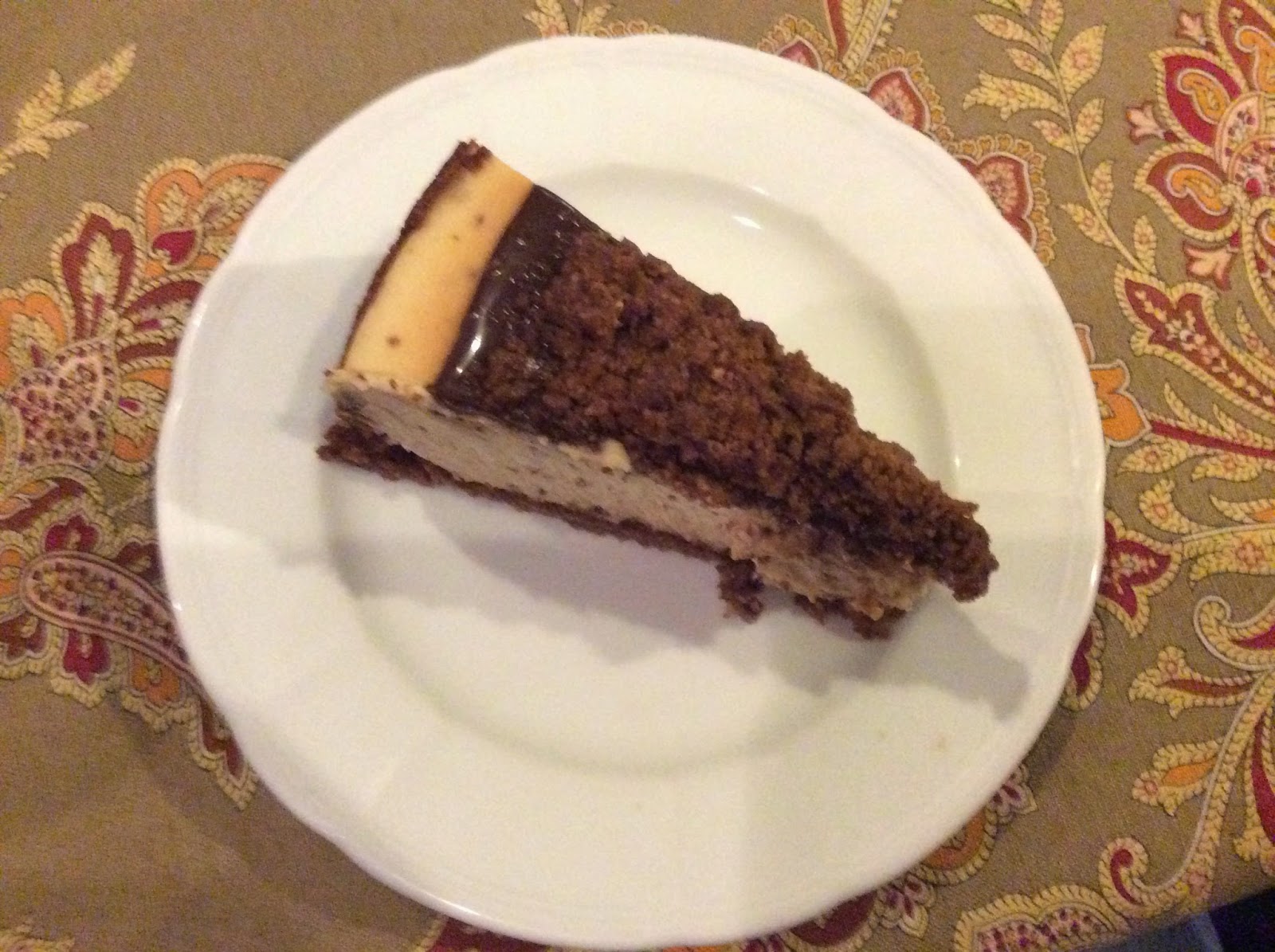 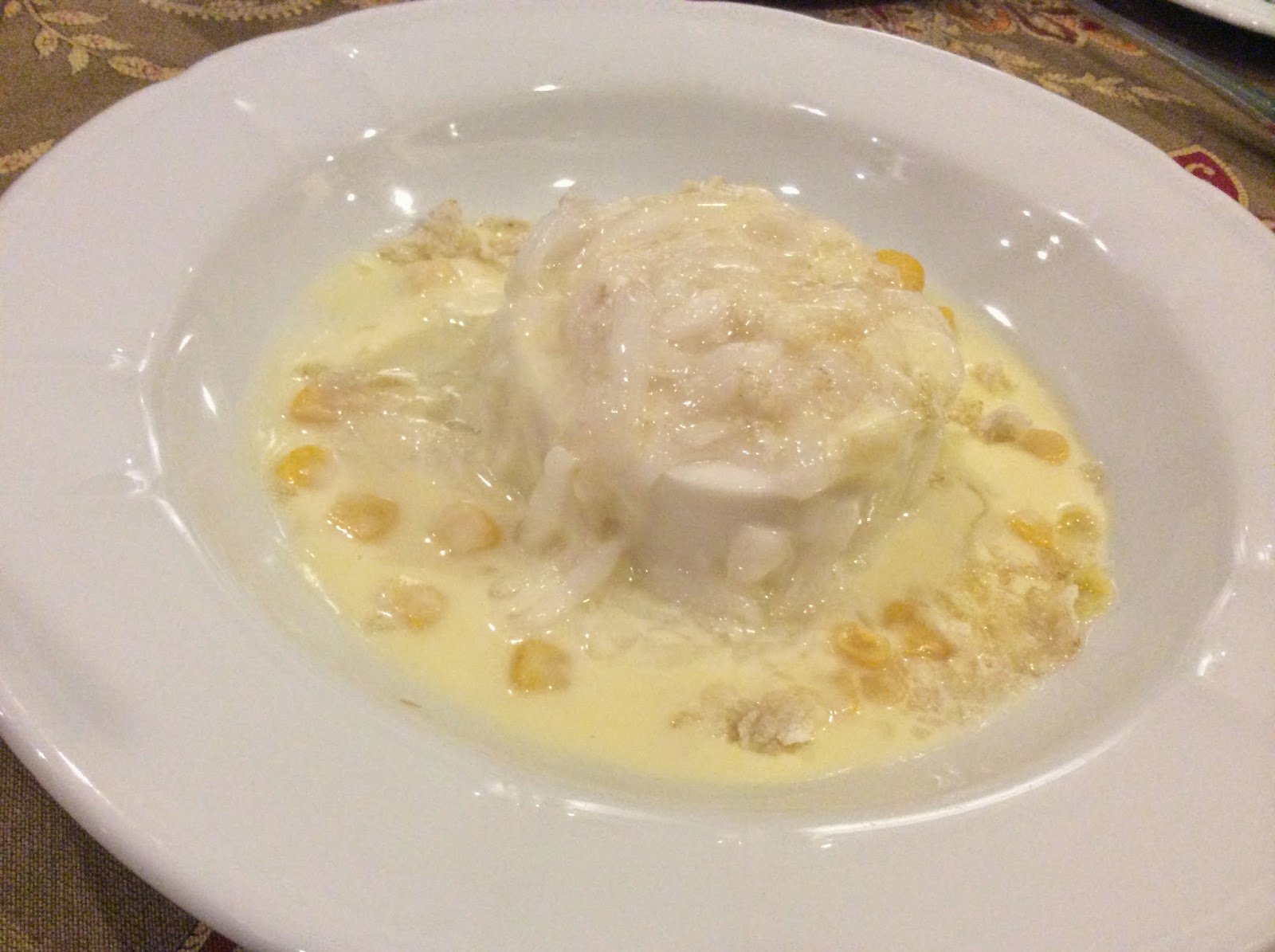