The Pastry Forum at Academy of Pastry & Bakery Arts Philippines

By Edel San November 10, 2015
The Pastry Forum is a much-awaited event of Academy of Pastry & Bakery Arts Philippines this November 12-30, 2015. It brings together renowned master chefs of the academy to the Philippines to showcase their award-winning techniques in breadmaking, chocolate and praline making, and the art of sugar and chocolate display. Participants at the pastry forum will also get the chance to mingle with the great masters during the hands-on workshops. 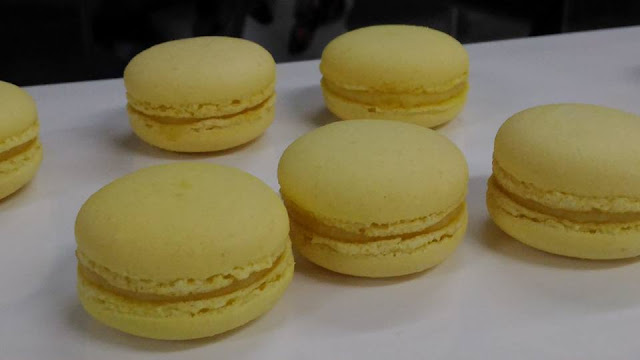 Chocolate, Praline & Candy Making (November 12-14) by Chef Christophe Morel. Chef Morel is a Meillieur Ouvrier de France (MOF) finalist. He also won First Prize for Chocolate Coupe du Monde de la Patisserie in Lyon, France in 2005, and was declared 4th in the World at the Paris World Chocolate Masters in the same year. Chocolate runs in his blood as he is born from a family of pastry chefs. He has been in the Chocolatier business since 2005 and is lauded as one of the "most passionate ambassadors of chocolate."

Vienoiserrie Workshop (November 17-19, 2015) by Master Baker Chef Peter Yuen. Chef Yuen has been traveling the world as an International Baking and Pastry Consultant, and is on the Board of Directors of American Bread Ambassadors. The Hong Kong born Master baker is a second generation pastry chef who trained in the Art of Classical Baking and apprenticed for several legendary master bakers. He is a graduate of French Pastry School in Chicago in 2000. In 2008, he was a member of Bread Bakers Guild  Team USA 2008 that competed in Coupe du Monde le la Boulangerie and placed first in the Vienoiserrie category. He placed second in the 2010 Masters de la Boulangerie. He and his wife runs La Patisserie P in Chicago.

Artisan Bread Making (November 20-22, 2015) by Chef Sebastien Chevallier, MOF Baker. Chef Chevallier is a wizard when it comes to bread making. "He can turn the most basic ingredients into a piece of art." He travels all over the world training classes for Professional Pastry Chefs, bakers, pastry school, and bakery shop. He was awarded the Meilleur Ouvrier de France en Boulangerie in 2001 and is the 2010 Champio d'Europe de Boulangerie.

Workshop on Chocolate Display (November 27-30, 2015) by Chef Otoman Tay Chee Siang. Chef Siang is an award-winning Chef with a long list of Achievements- he won Gold Medal in FHM's Dress-the-Cake, and another Gold Medal in Chocolate Showpiece and Dessert Challenge both in 2011; Most Outstanding Chocolate Showpiece by the 2012 Asia Pastry Cup; Silver Medal in Cold Display and Bronze Medal in Hot Cooking during the Medalist IKA Culinary Olympic in Erfurt, Germany; he won Gold Medal for Cold Display in Salon Mondials Du Culinaire 2013 in Switzerland; Most Outstanding Pastry Chef for 2012 and 2013 in Malaysia; won the Best Plated Dessert Award during the Asia Pastry Cup in 2014; and in 2015, he is the Team Captain of Team Malaysia in the World Pastry Cup that ranked 4th in the World among 21 competing countries.

For more details, you can visit the academy's website: http://academyofpastryartsphilippines.com/
or visit the academy at : Metro House Bldg., Sen. Gil Puyat Avenue, Makati City or call 8942395.