By Edel San July 05, 2017
Now on its second year, the Australian Grass Fed Beef on the Menu is back and there are more restaurants participating this time and that includes restaurants from Cebu, Davao, as well as participating hotels. 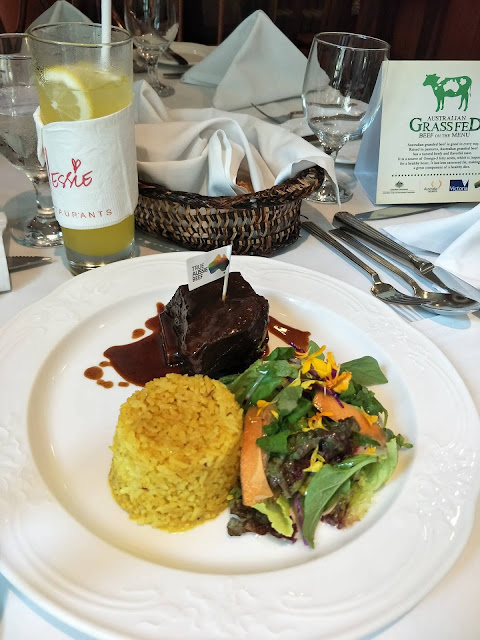 Australia is the leading source of grass fed beef and it is considered as a healthy beef because most of the country's cattle are grassfed. The beef is naturally low in fat and cholesterol, and has a high level of Omega 3 that is known to lower blood pressure.

The Australian Grass Fed On The Menu is presented by the Australian Trade and Investment Commission (Austrade), the Victorian State Government, and Meat and Livestock Australia (MLA). The promotion runs from June 20 to August 20, 2017.

Here's a peak at what to expect from the Australian Grass Fed On The Menu Promotion:

One of Chef Jessie's specially prepared dish was this Slow Cooked Grass Fed Beef Cheeks. Taking inspiration from her recent trip to Canada, Chef Jessie paired beef cheeks with poutine, a Canadian dish of French fries, gravy, and cheese. But of course, Chef Jessie prepared it with her own special sauce and everything tasted delish. And the beef cheeks was so tender and flavorful. 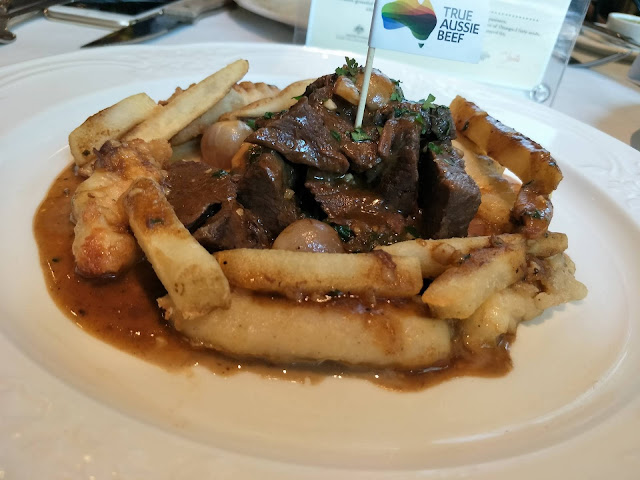 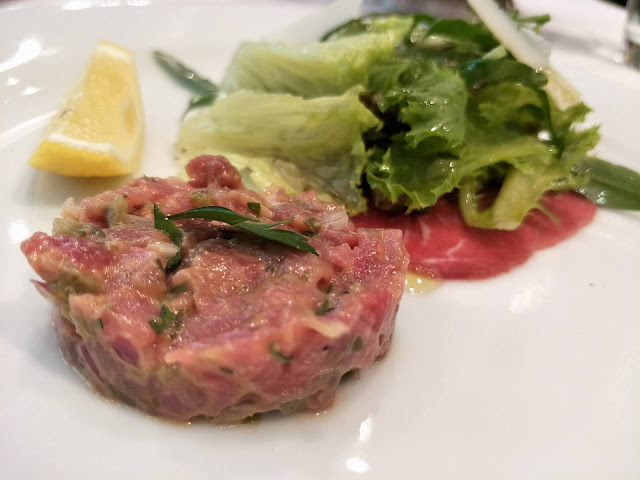 Lesso In Carpione. Chef Maurizio explained that this is commonly known to us, Filipinos, as bulalo meat. These are thinly sliced boiled short ribs with Italian vinaigrette, onions, parsley, and garden greens. 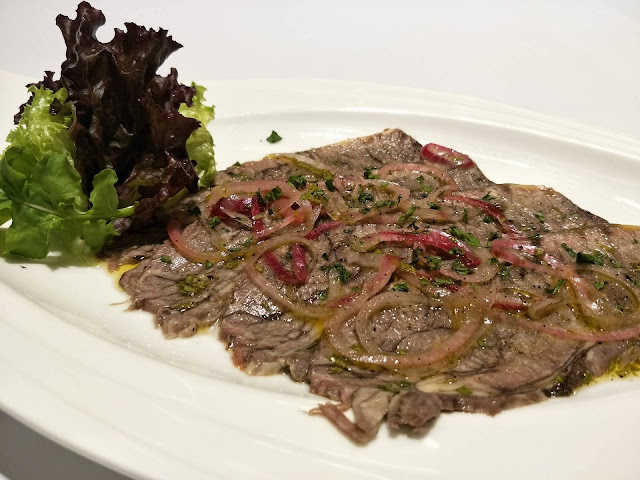 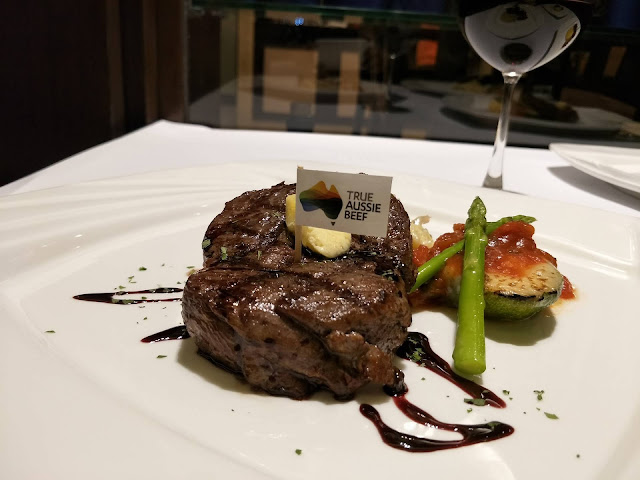 The Pantry at Dusit Thani Manila offers a plethora of sumptuous dishes but the carving station is the undisputed highlight of the buffet. 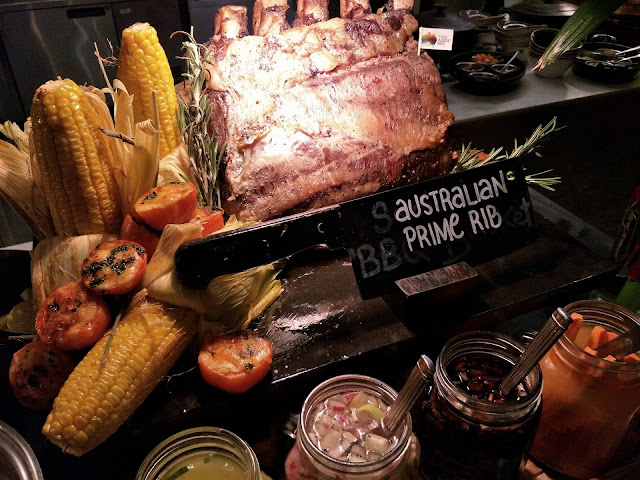 List of Participating Restaurants and Hotels in Metro Manila:

*** all photos were taken using OPPO F3 Plus