By Edel San August 08, 2017
I wouldn't have tasted Banh Mi Huyn Hoa had it not been for my friend who sneaked out while I was having my usual afternoon nap. She did her homework and had a list of food + resto that she wanted to try. I, on the other hand, had a list of places to see in Ho Chi Minh. 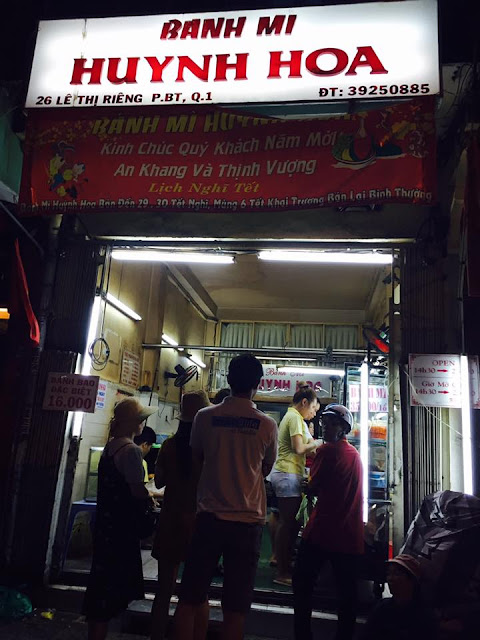 She was so happy, and full of tales when she went back to the hotel room. She just followed google map and was lucky because Banh Mi Huynh Hoa is walking distance from our hotel. Of course, I wanted to try it too but she doesn't want to eat another round of that huge banh mi so I ended up eating at Jollibee. Yes, there's a Jollibee in Ho Chi Minh but I'll save that story for another time. 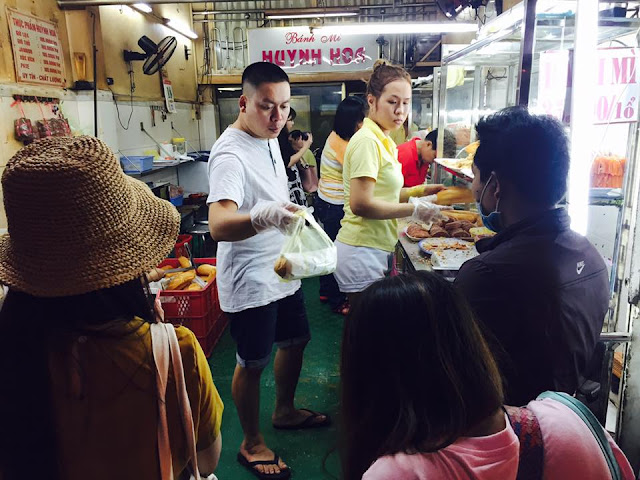 Got to try the banh mi at Huyn Hoa during our last night in Ho Chi Minh. We were also planning to buy some grocery items and there's a grocery store near the banh mi place.

Banh Mi Huyn Hoa is one of the famous banh mi seller in Ho Chi Minh. It usually had a longish line of mostly foreigners. No other food item is sold her except banh mi and you have to bring your own water since they don't sell it also. Only banh mi. Or you can bring your own water or buy from the nearby grocery.

Got lucky because we were 3rd in line when we arrived but after we left, more customers are starting to queue. 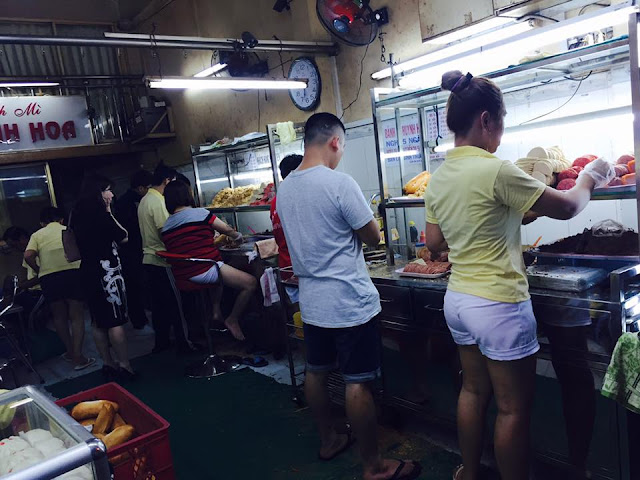 This banh mi costs 35,000 VND or around $2. The baguette is also longer than the usual banh mi that costs 20,000 VND. I was overwhelmed when I saw the stuff that goes into this banh mi- meat, meat, and meat. Hello meat, nice to meat you. No kidding, the only green stuff is come tiny cucumber slices and a few leaves of coriander (wansoy). I've read somewhere that it has 8 kinds of meat. Wow! 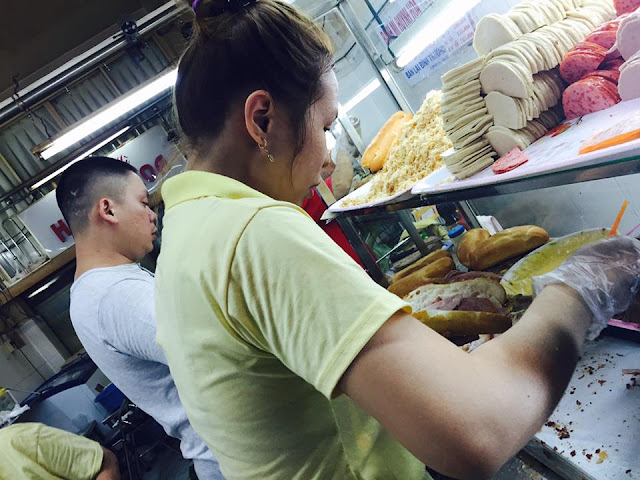 I wasn't able to eat the banh mi though until after the following day when we arrived back in Manila, and I was apprehensive because it might not taste good anymore. I heated the banh mi in a non-stick pan; I separated the bread from the meat while heating. And the verdict? OMG! It was so good especially the part with the pate (liver). The rest of the meat doesn't have that synthetic fake meat taste and it was really delicious, even the bread turned crusty when I heated it. I felt sad that I only bought one. At least, I now have a reason to go back to Ho Chi Minh and buy from Banh Mi Huynh Hoa again. 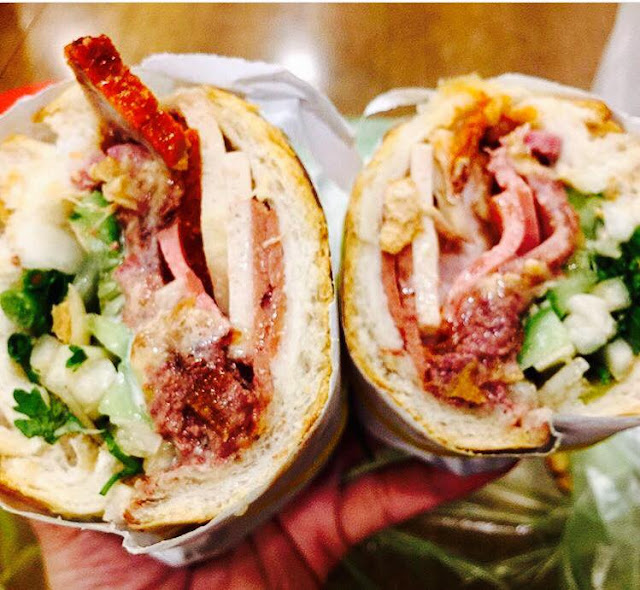 Do check out Chef Bobby Chinn's My Banh Mi