By Edel San December 22, 2017
One of our memorable restaurant / food discovery during our recent trip to Hong Kong was Peking Dumpling Wong. Truth be told, we decided to get lost in Wan Chai with no specific place in mind. We just followed our grumbling tummies until it led us to Peking Dumpling Wong. 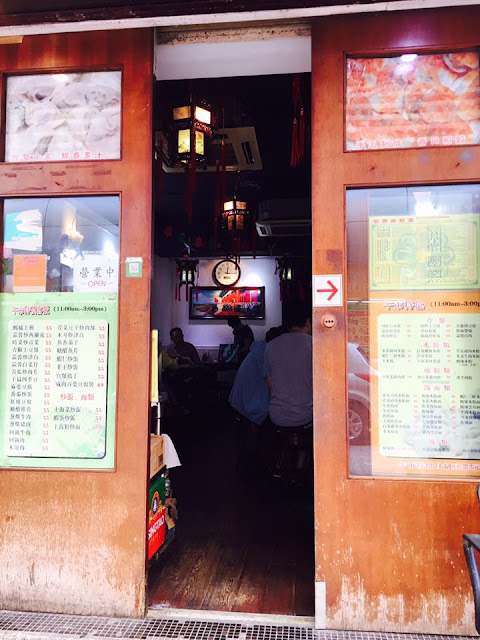 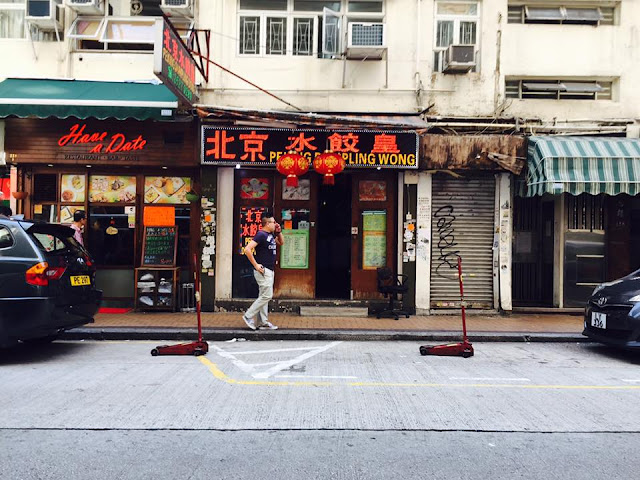 There are a lot of restaurants to choose from but we chose Peking Dumpling Wong because there are still available tables and I'm craving for dumplings. However, it was kinda challenging to dine here since the menu are written in Chinese characters and those who are dining inside are all locals. Luckily, daughter knows how to read and speak Mandarin. ;) 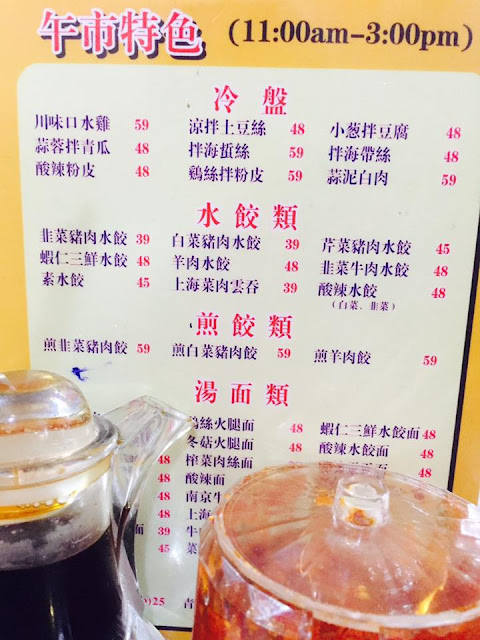 I ordered the Pork Dumplings with Noodles, HKD $59. The dumplings and the noodles are freshly made and really, really flavorful. Inside the dumplings are minced pork with chives. There's six pieces of big fat dumplings so its really hard to finish everything since there's also a generous portion of noodles. This was served in a big bowl, just to give you an idea. And had I known that you can just order dumplings, I would've done that. I mean, the lady who joined our table just ordered dumplings- all six pieces of it. 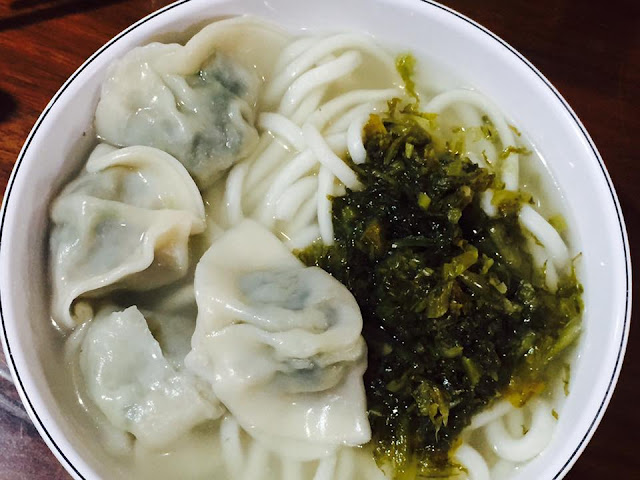 My daughter got the Beef Dumplings with Noodles, HKD $59. It looks the same with what I ordered except for the dumpling which has beef in it. I don't know what happened to my daughter's appetite but she was able to finish her whole bowl of dumplings and noodles. Amazing! 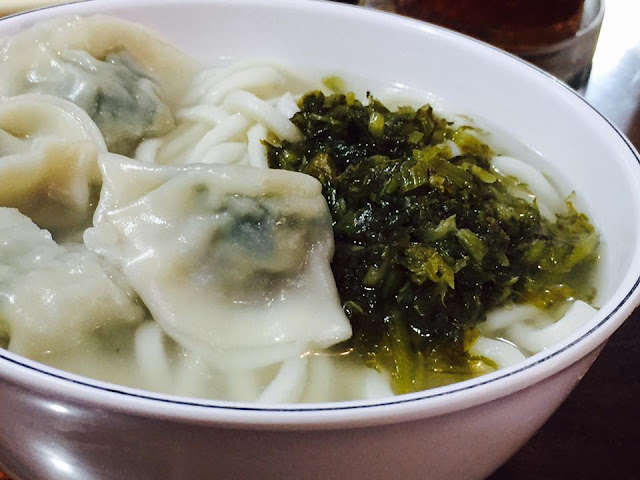 The place was kinda small with only about 7 tables so everyone gets to share the table with a friend or a total hungry stranger. There's only us when we sat down on our table but by the time our orders arrived, we were joined by two pairs of friends. Those seated on our table ordered dumplings only or dumplings with noodles while I saw that there are other dishes being served on other tables. And they eat really, really fast! Maybe its because there's already a queue outside the resto, or that everyone really eat fast except me. 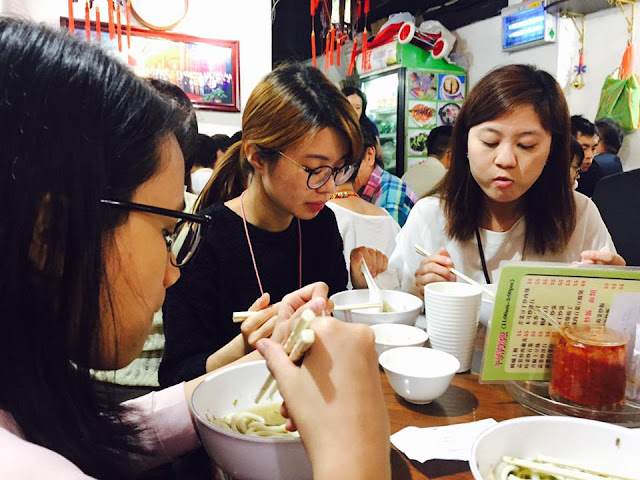 Took a photo of this group of office workers on our way out and I'm so tempted to taste everything on their table! They all look so happy having lunch together. Btw, as soon as one finish eating his/her meal, no need to call the server's attention. Simply go to the cashier which was just near the door. 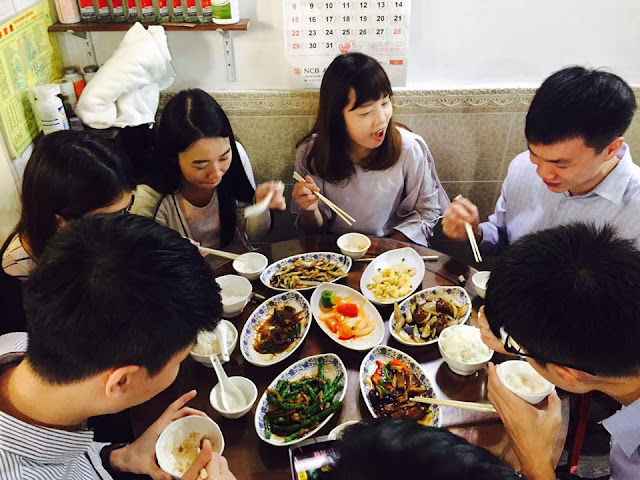 Another interesting bit I learned about Peking Dumpling Wong is that the lady who makes the dumplings is quite famous since she can make about a hundred dumplings in just a few minutes.

Hoping to visit this place again to try the other dishes.