By Edel San March 15, 2018
Michelin Star are usually given to restaurants and chefs for their exemplary contribution to the food industry and being awarded with a "star" can have a dramatic effect on the awardee. What began as a motorist guide (yes, Michelin is the tire) in France, spread to its neighboring countries about a century ago, and is now a worldwide food (restaurant and chef) guide.

And the Michelin fever has reached the banks of Hong Kong a few years back and it has come up with a streetfood guide, can you believe that? From dumplings, noodles, to waffles, more than several streetfood stalls were awarded that much coveted Michelin star. 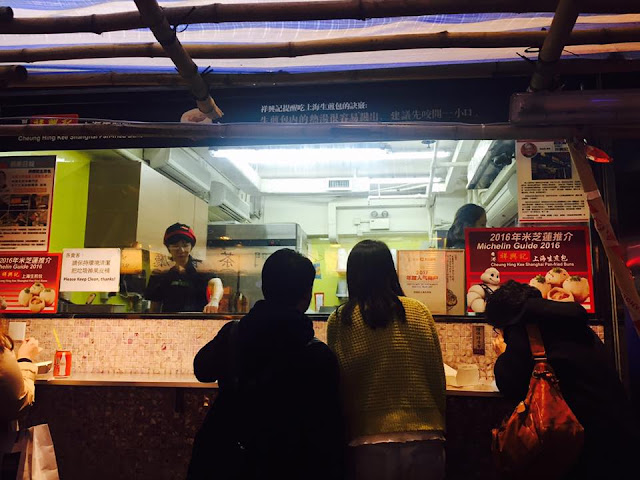 And one such streetfood stall with a Michelin Star is Cheung Hing Kee Shanghai Pan-fried Buns. Prior to our trip, I wrote down some of the restos I wanted to visit but I left the list at home- hahaha. But I guess that its serendipity because my daughter and I end up in front of Cheung Hing Kee by accident (We wanted to avoid Canton Road that time). 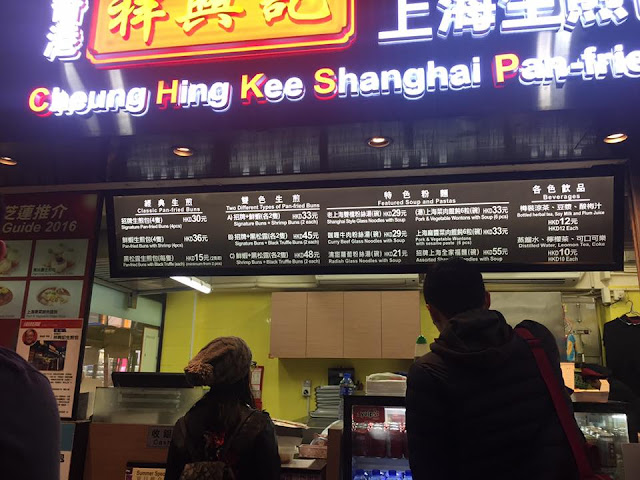 What attracted us are the longish line and the deliciously intoxicating aroma coming from the store. We espied some Chinese (or maybe Taiwanese) food bloggers/ vloggers in the area since they were busy taking photos and videos, and one was even documenting her friend eat the famous dumpling.

That got us curious even if we just ate a very filling meal of beef ball noodles (will write about that some other time). I mean, we were so full but we just wanted a bite and we don't want to go back again. We only got a piece each of Black Truffle Bun which cost HKD $15 each vs the regular pan-fried buns that costs $30 for four pieces. The box looks nice, by the way. ;) 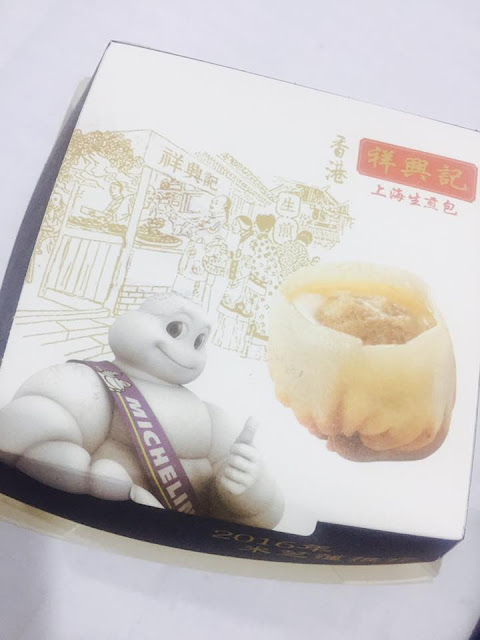 So here's our Pan-fried Buns with Black Truffle. Looks like the they steamed the dumpling first then fried one side of it. At first glance, I thought it looked like tiny fried siopao because the dumpling wrapper is thicker than what we are used to here in Manila. 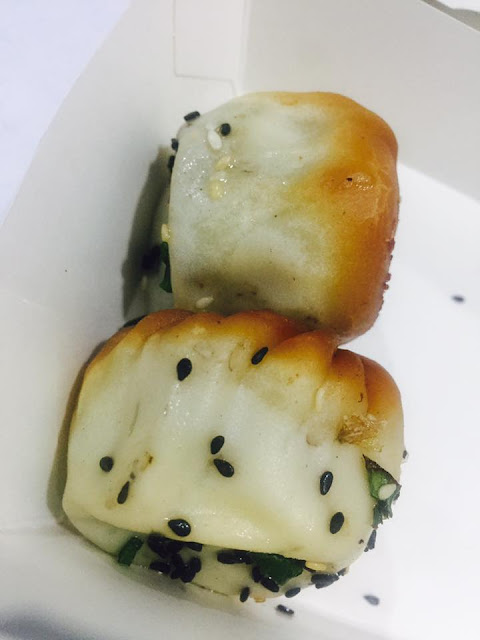 And it was LOVE-at-first-bite! It even has a wow-factor, that jolt of electricity in a eureka-moment. I wasn't expecting that since my daughter and I decided to bring the food back to the hotel (it took us maybe 20-30 mins since we're not in a hurry to go back to our room). It has soup inside (similar to xiao long bao) and was pleasantly surprised that its still warm. Of course, having black truffle in it makes it more special but you can still taste the meat. I had soup trickling down my chin since I took a big bite but it was definitely worth it. 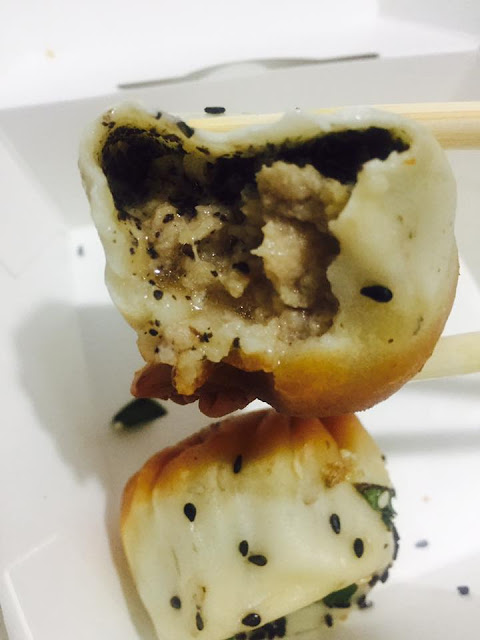 Pictured below is the "father" of this Michelin Star Pan-fried buns. 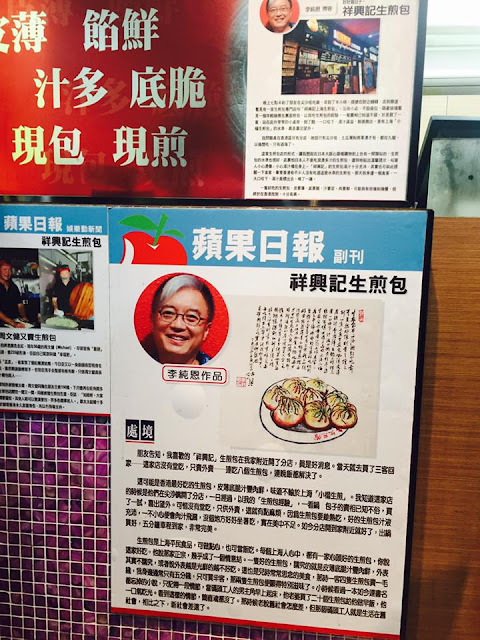