By Edel San August 01, 2018
I got introduced to Belgian Fries last July 31, when the Flanders Agricultural Marketing Board (VLAM) introduced it to the media prior to WOFEX Manila 2018 which will be on August 1-4, 2018. Along with the introduction of five major Belgian fries exporter- Agristo, Bart's Potato Company, Clarebout Potatoes, Ecofrost and Mydibel, the fries will be available in leading supermarkets and groceries. 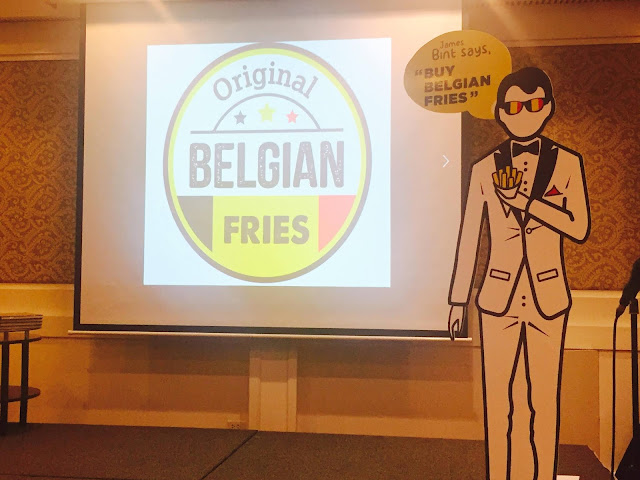 These five companies are one of the biggest family-owned businesses in Belgium that offers not just Belgian Fries but a whole lot more of potato products. With the Belgian Fries entry to the Philippine market, VLAM is just strengthening their presence in the Asian market. Currently, Belgian Fries are available in Indonesia, Malaysia, Thailand, Singapore, and Vietnam. 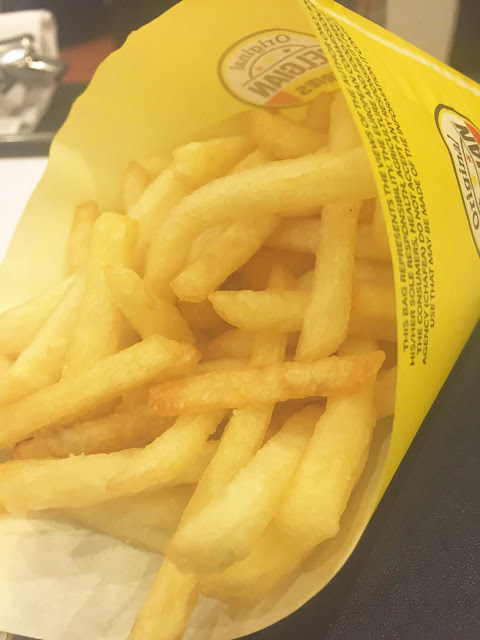 “Hot on the heels of exhibiting in Indonesia, Malaysia, Thailand, Singapore and Vietnam, we are pleased to bring Belgian fries to the Philippines this time around, as part of our plan to increase our presence in the Southeast Asian region. There is an existing market in this region for our products, but we see an even bigger opportunity to expand exports and heighten appreciation for our national delicacy. Southeast Asia is one of the largest fast-growing regions of the world, with a rising middle class, rapid urbanisation and an overall young population. These trends, together with Belgium’s high food standards and innovation, will continue to drive demand in the region and beyond, and our industry is ready to reply to this in an original way, since our Belgian fries are truly different from those from other countries,” said   Mr. Romain Cools from Belgapom. 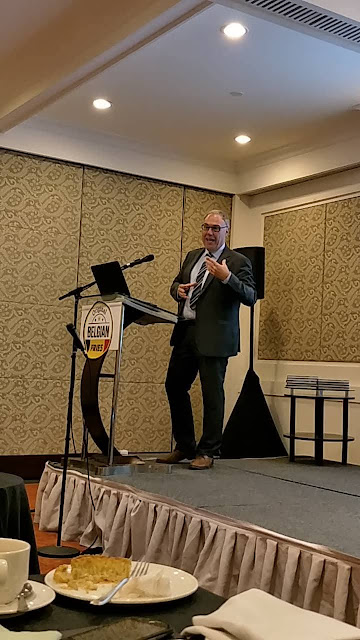 “The Philippines is well-known as a food-lover’s paradise, and Philippine consumers really know and love good food. Belgian fries are still relatively unknown in the Philippines, so we are excited about this opportunity to share one of Belgium’s most beloved national dishes with the Philippines. Golden yellow and crisp on the outside and tender on the inside, Belgian fries, or frites, as we call them, are a true Belgian delicacy that is delicious either as a side served with steak, or as an appetizing snack with a mayonnaise-based sauce!”


Belgian Ambassador to the Philippines Monsieur Michel Goffin explained that during World War II, the American troops who helped liberate Belgium from the Germans got their first taste of Belgian Fries and enjoyed the food so much. However, the American troops got confused with the place because the locals speak French, so they thought that they were in France. But here's the interesting part, Belgians speak three languages namely: French, Dutch, and German. It was locally known as "Moules Frites," in Belgium. I guess if the American troops ate moules frites somewhere near the German border they would have called it "German Fries," don't you think so? 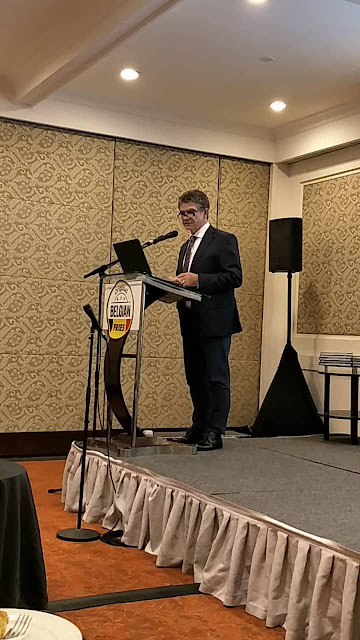 Belgium has the largest share of exported frozen fries around the world and has seen an increased
growth in exporting to countries outside EU. 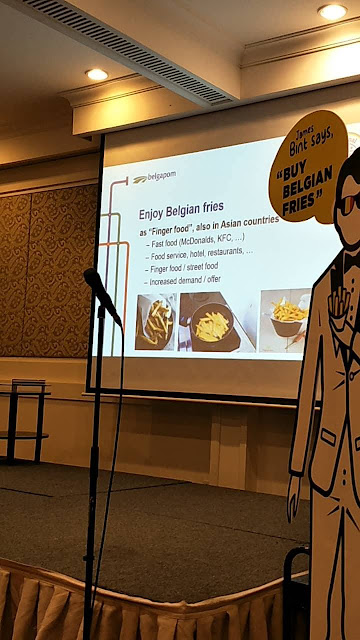 Belgian fries have a long history and have become part of the country’s heritage, with many shops and stands in Belgium serving this delicious savory snack. In fact, the ubiquitous Belgian fry shops that can be found in every city or village have been recognised as part of the cultural landscape in Belgium, with UNESCO status being sought for the dish since 2014.