So after doing a quick cultural tour and some last minute shopping, our tummies started to complain about hunger. It was a choice between the rice bowls or ramen but since we've been eating a lot of ramen since arriving in Tokyo, we opted for rice bowls. 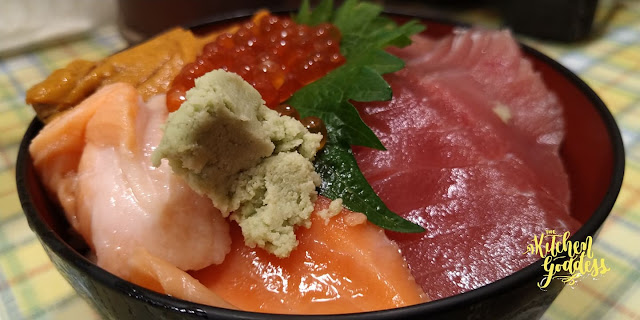 The resto where we ate is located along Ameyoko Street Market. There are several restos (more like carinderia-type) there and lots of street food vendors so it was also a bit difficult to choose where to eat. We chose the one that has a table inside instead of along the street though. The menu is printed on a tarpaulin so you just choose which one you like (price is included also) and you can opt for a half bowl or whole bowl (big) serving also. We already learned our lesson from previous dining experience since we arrive in Tokyo that a big bowl has a good for sharing portion. 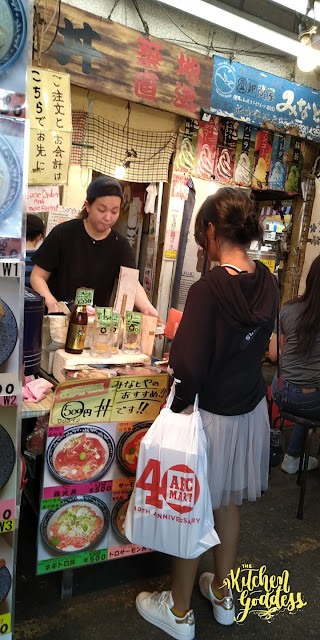 My daughter got the half bowl that has Tuna, Salmon, Uni and I forgot what you what that kind of ebiko on a bed of steaming white rice. This bowl costs 300 yen so that's around PhP150.00. The uni or sea urchin was creamy delicious! I cannot resist not tasting it. 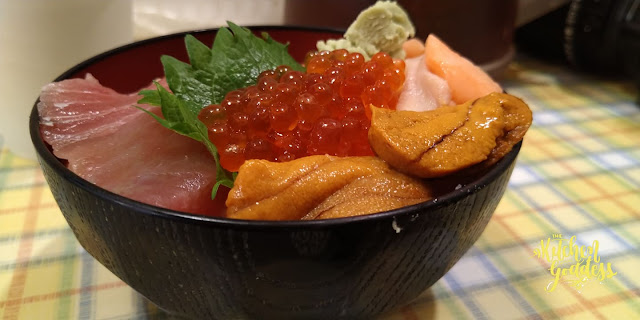 Mine was half bowl of Tuna, Salmon, Shrimp, and I forgot what kind of fish. Not Tanigue though, hahaha. This also cost 300 yen. Btw, I don't really like tuna sashimi but the ones I ate in Tokyo doesn't have that fishy aftertaste and it really tastes fresh. Same with the salmon, salmon belly and the unidentified fish slices on my bowl. Super sarap! Was a bit sad though that we only discovered this on our last night in Tokyo. 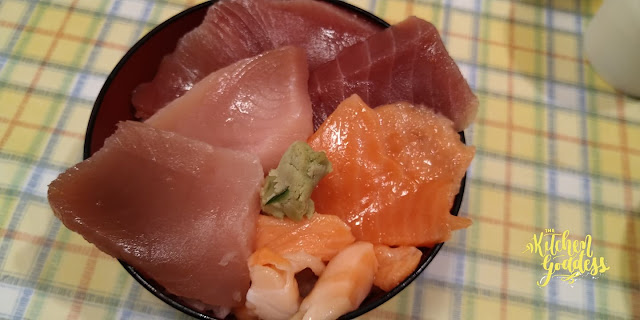 This is the facade of the resto we went to at Ameyoko Street Market. Lots of Pinoys dining when we ate there. 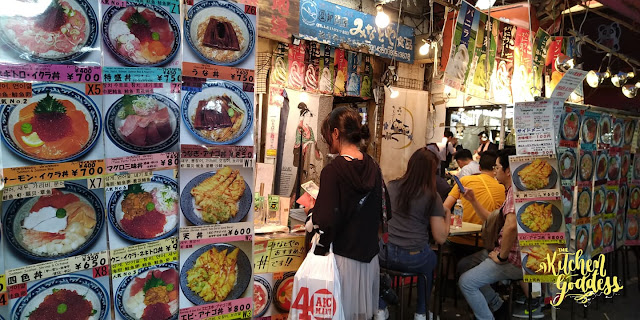 How to go to Ameyoko Street Market:

- from Ueno Station, walk about three blocks until you arrive at the street full of stores and people. Really, you can't miss it.