This post brings back a lot of pizza memories!

Founders Ed and Tess Ngan Tian first opened a snack stall R&W Foods at Virra Mall in Greenhills in 1980. Ed then told his wife that he wanted to open food stalls in San Beda College. At first, Tess was hesitant because she didn't have any experience in the food industry but later on got convinced because according to Ed, the location he chose has a high foot traffic. 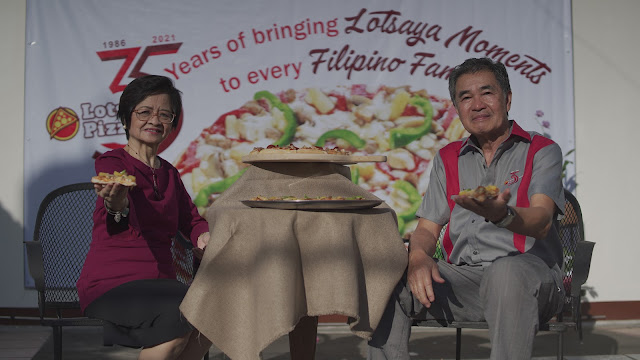 "Our plan was to put up and sublease 12 stalls," said Tess. "We operated three of these stalls under the R&W Foods footprints. But there where no takers so we ended up taking over three more stalls. Tenants later occupied the rest of the stalls."

They stayed at the location of eight years and only moved out when the school began construction the College of Law building.

R&W Foods served lunch fare and snack items until they thought of serving "Pinoy-style" pizza. Tess took up a course in pizza technology at the American Institute of Baking located in Kansas City. Afterwards, she developed Lots'a Pizza's signature parbaked crust and sauce.

Customers loved Lots'a Pizza and the brand took off from there. Tess resigned from her day job to help Ed focus and manage the pizza-making business. Lots'a Pizza has commissaries in Las Pinas, Pampanga, and Cavite. The brand is also among the Top Five (5) Pizza Companies in the Philippines and foremost in the Take Out and Quick Serve category.

In the year 2000, Lots'a Pizza began its expansion by franchising their brand. If there had been doubts about attracting people to get the franchise license of Lots'a Pizza, the husband and wife team were in for lots of surprises that include awards such as: Best Franchising Support, Best in Local Franchise, Best in Homegrown Franchise, Most Promising Franchise, Fastest Growing Franchise and The Hall of Fame for franchise awards by Entrepreneur Magazine. And there's more, they also bagged the Best Business Award from BPI-Family Savings Bank, aside from being the bank's Best List of franchisors.

In 2020, many businesses had to close due to the pandemic but it is worth noting that almost all of Lots'a Pizza's outlets managed to stay open.

"The pandemic didn't really stop up," explained Tess. "We were only restricted due to the curfew imposed during lockdowns. But we were able to continue our operations. We have a number of outlets that are located in supermarkets. So, when supermarkets opened, they were also allowed to operate.

Pizza itself also proved to be resilient because it's something that can be shared with the whole family. It appeals to all age groups, from kids to seniors."

As of date, the brand has 130 franchised outlets and 23 company-owned outlets included throughout Luzon.

These days though, Tess noted that the market has gotten extremely competitive. Thus, Lots'a Pizza continues to innovate, keep up with the trends, marketing and the latest technology. "We haven't stopped learning. We do have an advantage because we are pioneers in our level of business. We have also maintained our integrity, credibility, and the quality of our products. These are things we will never compromise on."

She also revealed that their son, Robert, started out as a bodega helper. He is now serving as Lots'a Pizza's Vice President/ General Manager. He also worked as a service crew for their pizza store. He has since then moved up the ladder especially after finishing his masters at Ateneo Graduate School, Entrepreneurship Program.

As for their employess, "We want them to feel that this business is also their own. Importante na may malasakit rin sila sa negosyo. I don't see them as mere employees. For those who later move on to other companies, I also want them to use what they learned from us. It would be great if they are also able to start their own business."

And reaching 35 years really a success for Lots'a Pizza as the brand has been a part of Filipino's bonding and celebrating life's milestones. 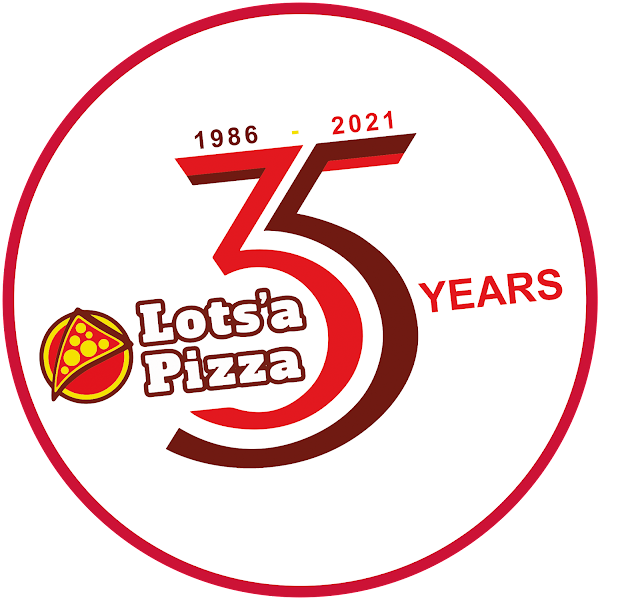