Although we woke up early and was ready earlier than usual, we were barely inside the Tektite auditorium when Daughter was whisked away by the teachers because the program is about to start.

The program was well-planned but kids are kids and some suffered from stage-fright. Good thing that some of them didn't specially the graduates from Shang-La Plaza branch.

I felt tearful during the video presentation. Maybe it's the song or the pictures of the students during the school year. Then the children presented the parents with gerbera flower (light yellow) while the song 'You Are My Sunshine' are being played.

Then its time to go up the stage, Daughter received a bronze medal for Kumon math and 'The Articulate Fashionista' award (go figure!)

Then its celebration time after the longish pictorials with teachers and classmates.

Banana Leaf Curry House. Daughter chose the place so we can't refuse even if we're craving for NYPD's salmon pizza. But the grilled beef ribs did not disappoint us as well as the curried clams. As always, Daughter ordered watermelon shake. Hubby opted for pandan iced-tea and I got the hongkong iced-tea. Bon Appetit! 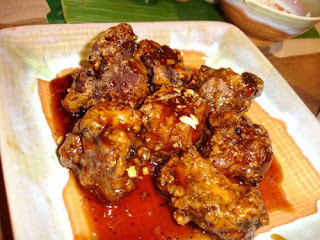 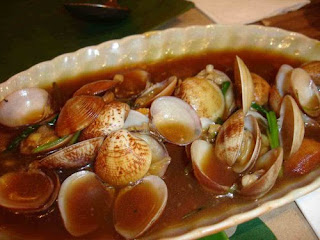