RANT: We were a bit disappointed because we planned to have breakfast at Illustrado restaurant (it's 8am already) and we were told by the very accommodating security guard (2 thumbs up) that the waiter is not around yet. After a few minutes, he (security guard) gave us the menu. After a few minutes again, a grouchy-looking cook went inside the restaurant- maybe to get our orders. No way! No no no. A bad-tempered person even if he/she is a great chef (imho) must not cook simply because the taste of the food will be affected. So we left Illustrado with much disappointment.

Our next stop would've been Barbara's or Casa Blanco (or Blanca?) but I guess everyone is still asleep. So when we walked back to San Agustin Church where we parked, we espied Mitre. We were a bit hesitant least it was still closed but someone opened the door and let us in. There were already two tables occupied so I guess they serve breakfast. Yey!

Bangus Belly. Very tender and flavorful. I didn't even know that it tastes good with mashed potato. Yumminess! Costs P218 + 12% tax. Not bad. 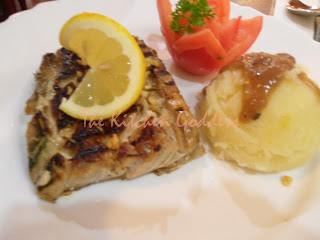 Beef Salpicao. Tender beef. However, the salpicao itself lacks flavor. What could it be? Garlic. They forgot to add some garlic or garlic chips. Too bad! But then again, I love salpicao so I might order this again in the not so distant future. Costs P108 + 12%. This meal includes a glass of orange juice as well (powdered orange juice though). 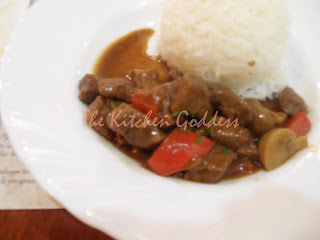 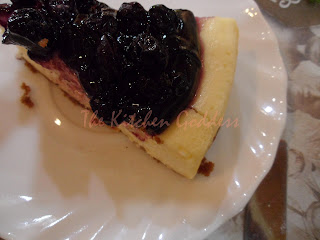 Canonigo. It's like brazo de mercedes (egg-white) except that this one is covered with almond slivers. Wow! Tastes good, too. Around P55 + 12% tax. 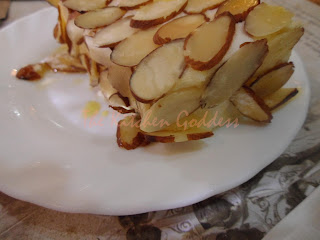 Mocha Capuccino Cake. No need to order coffee if you order this. And quite a huge slice also. It's delish but the taste of coffee is too overpowering for me. Costs P88 + 12% tax. 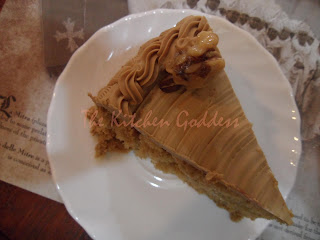 We're definitely going back here and try the extensive menu on the list. Happy eating!