This mall opened recently but since there's not much to see, we opted to visit only today. It is a very nice mall and very different from the other Robinsons malls (Manila and Ortigas). This is more upscale and can compete well with Greenbelt and Powerplant in terms of shops. The foodcourt's also nice! I love how they managed to turn the foodcourt into a not-so-typical foodcourt-like foodcourt. Something like that. You have to see and dine there to experience what I'm talking about.

And  maybe because the location brings back the glory days of the Magnolia Ice Cream House, Robinsons Magnolia opened up a small version of the Ice Cream House on its premises. We haven't tried it yet but I'm sure we'll be transported back in time ... 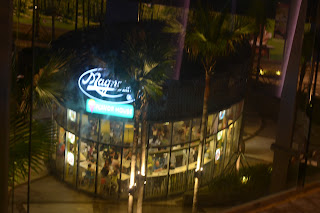 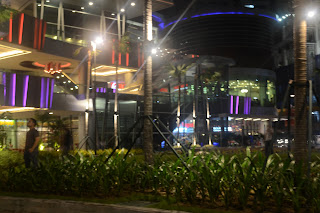 And Some Hainanese Delights

This turned out to be a bad idea. Actually, Yabu's to be blamed since its full and our tummies can't wait anymore. Even if the food tastes delish- yes, food is yummy BUT the servings looks so sad :( The beef I ordered tasted good but its more fat or whatever you call the white beef lining thingy than meat. Also, the rice was not hot enough. Another complaint was the crew. They're not attentive and they tend to speak (make chismis) in loud voices. Bleh!