Food For The Soul

This was an unplanned "outing" with C. Actually, more like a super delayed visit to Monasterio de Sta Clara since we've been talking about visiting the church last November 2012. And yes, the world didn't end- yet. So we were able to visit it today. And I thank my built-in map navigator inside my head because it was my first time to visit the church also and I don't know how to go there. Hahaha. But we didn't get lost. Daughter joined us, by the way, because hubby met up with some clients and I don't want to leave daughter all alone (with the computer) in the house (which she likes!). Luckily, her tita C bribed her with food (Greeka) so she ended up with us.


The church was very nice, and solemn. We got lucky (again), because we were able to hear mass when we arrived the at Monasterio de Sta Clara. The singing nuns inside their secluded place reminds me of  the Sound of Music. But we didn't see Captain Von Trapp nor Maria. The priest generously blessed us with incense. Really. The whole church smelled incense even after the mass ended.

And because its Sta Clara, writing a petition is a MUST. Even daughter wrote a petition. 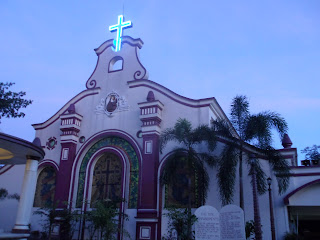 It was already dark when we left Sta Clara and we got lost a bit. Drove several meters past SM Marikina along Marcos Highway because there's no U-turn in sight. Then we saw it and we're headed back to manila. It was a toss between Greeka and Moshi-Moshi but of course, Greeka won. C and I are salivating about their salad. And another luck this time because we found a parking slot just a few steps away from Greeka. Parking is an issue there unless you have a driver with you. 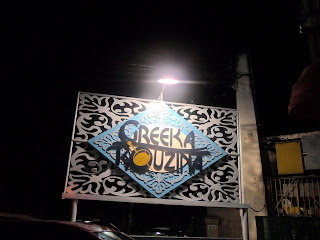 And luckier still because we were able to get a table as soon as we entered the restaurant. Actually, we wanted a table on the second floor but the tables there are all reserved. Wow! And its not even 7pm. We got seated in the table beside the counter which made C happy because seated on the other end is Sheryl Cruz (an actress). She looks very prim and proper and sweet. Always thanking the waiters. C was too shy to ask for a photograph. And I, well ... I prefer to take food photos. :) 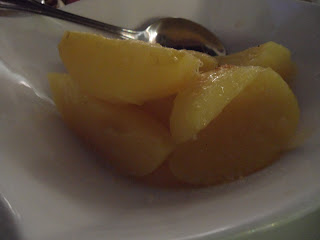 Hummus. This I love. Need to order extra pitas though. 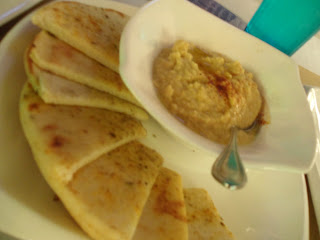 And we came for this ... Calamari. Pardon the photo. Too hungry to take a decent shot. Very flavorful except that the squid is a bit chewey, not soft. A bit overcooked, but not that much. 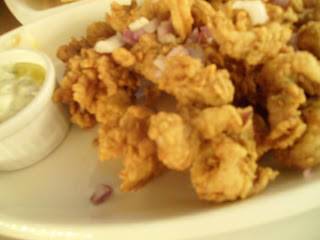 But we did get sad for a while because we've been craving for greens. The waitress said that due to the holidays, their vegetable supplier wasn't able to deliver. Huhuhu.

We also ordered baked dory and tzatziki but it got eaten before the pictorial could take place. :P