This is our suprise pre-birthday treat to daughter. So earlier today, I nagged her about taking a nap (which she wasn't able to do because of Battle Cat or was it Cat Battle?) so that she won't feel sleepy when we go to the midnight buffet at Corniche, Diamond Hotel. Of course, I didn't tell her that we're going to a buffet because she'll be very excited. Yes, she loves to eat and lucky her because she remains skinny. Life's not fair. :( 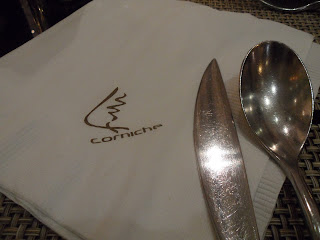 I made a reservation the day before so we didn't leave home until its almost 10:30pm. And we still have about 15 minutes to spare and freshen up. 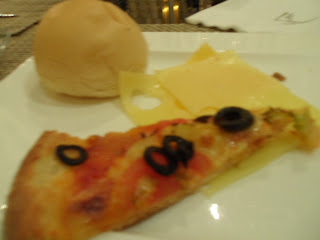 That's my first plate. Two kinds of cheese, pizza and soft bread. Cheese tastes delish, the pizza was so good, and the bread, well, its really soft. I love everything on my plate. 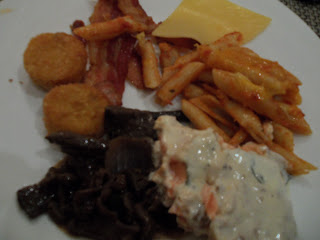 Another slice of cheese, penne with meat sauce, bacon, lamb balls, beef steak something, and baked salmon. I love the bacon (so crispy!) and the cheese. The penne was just so-so, the beef was flavorful but a bit hard, the lamb balls- nevermind! The salmon was o-kay except that it has too much cream so there's the umay-factor after a few bites. I'm going back for the bacon! 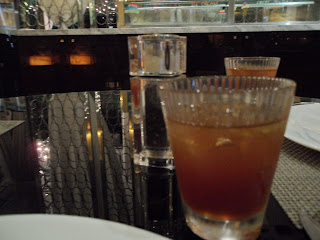 First round of bottomless iced-tea. Good but sweet. 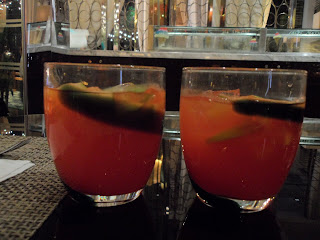 His and Hers Sangria. Hic! Wasn't able to go back for seconds though because I got side-tracked with the bacon. 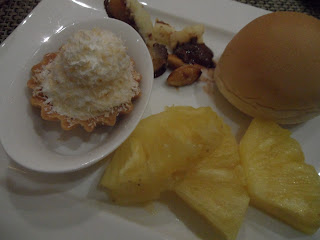 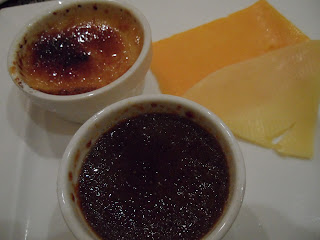 Another round of cheeses. And creme brulees. At first I don't want to taste the chocolate creme brulee and had a bite first of the other one but when I did, it felt that I went to creme brulee heaven. Soooo good! And everyone was eager to snag the other creme brulee (the one on my plate was the last one on the dessert table) but there are more than enough of the chocolate one. I'm glad I got both. :) 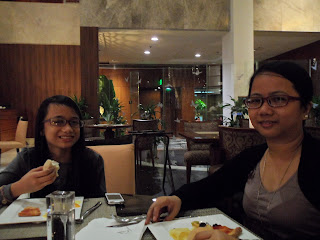 That's daughter and I. Photo taken before we ate a lot. ;)