And I thought this year's Valentine's Day would just be normal and uneventful day since we already celebrated it last Monday but surprise, surprise.

Then we scheduled a late lunch (to avoid the lunch crowd) at Ristorante delle Mitre because we're craving for some crispy pata and because we are also treating Jade to a belated birthday treat. We missed going to her debut party because hubby and I had a work-related event to attend to that same night and its on the other end of the planet.

We had seafood kare-kare. 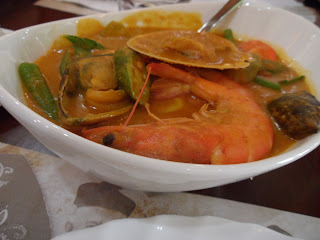 Calamares. This is the first time that we ordered this. Not bad. But I still prefer the cholesterol-loaded crispy pata.

We had halo-halo for dessert and blueberry cheesecake (no photo). Two thumbs up for both! 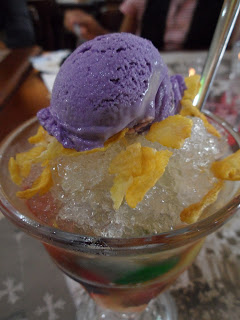 And because its Valentine's Day, hubby surprised us with chocolates- not flowers-- thank God! 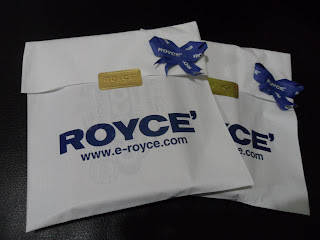 But what made the day special and romantic was witnessing someone renew their marriage vows on Valentine's Day. :) 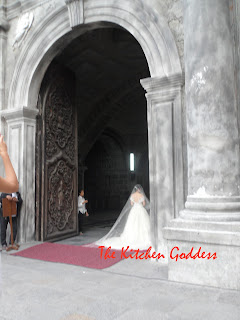