By Edel San April 06, 2013
As soon as daughter's school ended last March 20, daughter and I packed our things and went to Baguio City for a much needed rest and foodtrip. Hubby followed a few days after and we stayed there until the day after Easter.

As usual, we had lunch at Brent's cafeteria. Had my fill of vegetable salad, beef and fish fillet. Yum yum. 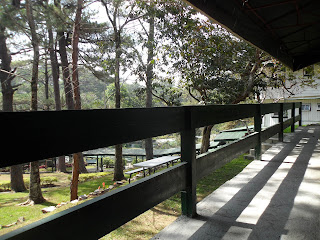 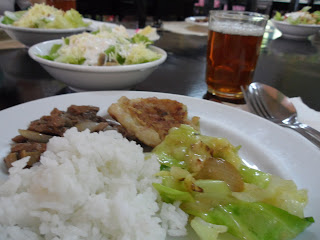 And Baguio is not Baguio without eating these ... 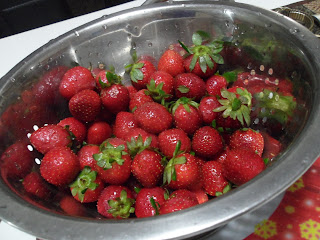 The strawberries costs me P20.00 for half a kilo. Not bad for a dose of vitamin C and anti-oxidants. ;)

And because it rained for 3 days when we arrived, we don't have any choice but to go to SM (its that or being stuck at the house). Luckily, we espied some waffles (or rather, smelled the waffles first). 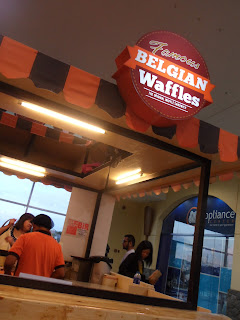 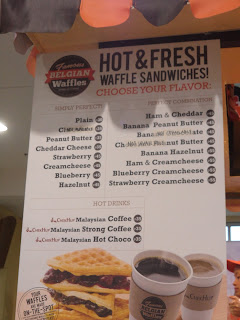 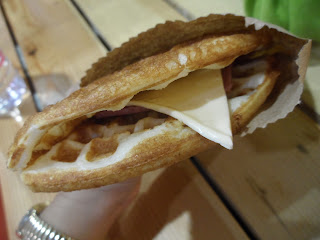 I had the ham and cheese while daughter got the choco-hazelnut. Tastes okay for less than P50. Stall is near National Bookstore, SM Baguio City.

Then on another rainy night, we donned on our "waffle" jackets and headed off to Bliss Cafe, to have our fill of vegetarian chicharon and yogurt drink. 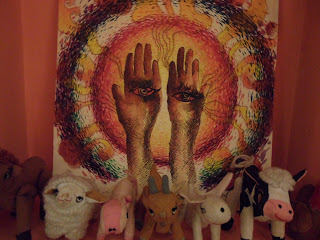 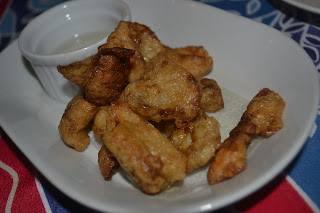 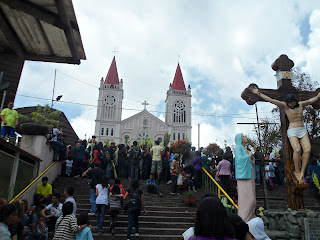 Then daughter and I had fun hiking around Camp John Hay and got lost in-between. 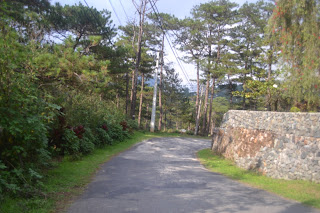 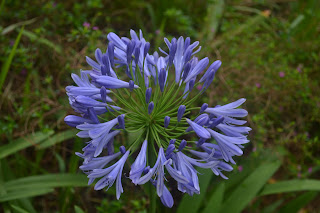 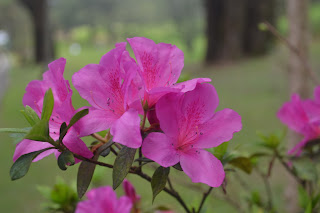 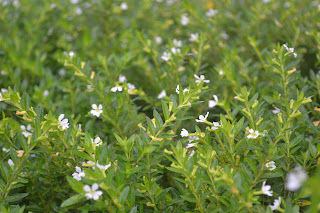 We discovered this milktea place. Actually, we already saw it the last time we were at the Baguio- Ayala Technohub but wasn't able to try it then. We ordered peppermint milktea at Moonleaf. 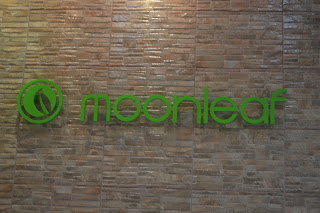 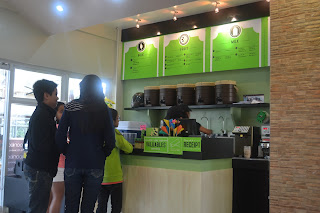 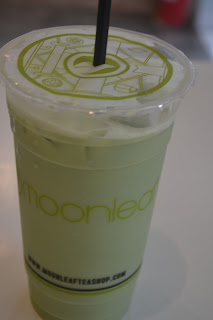 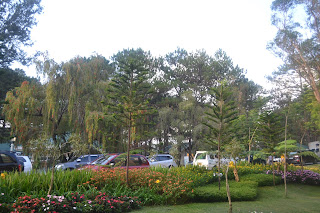