You see, daughter loves watching animes and reading mangas and is also a frustrated cosplayer. Nah, she haven't joined one yet except that she dressed up (or rather I dressed her up) as Sadako when she's still in nursery (trick-or-treat event in school), if that counts. Of course, most of her classmates were dressed up as princesses, fairies, pirates, winnie the pooh characters, etc. All cutey cuteys so she was not happy with her costume; but she did win a price for being the scariest. Hahaha

Then several years back (2008), we attended the debut party of a friend's daughter and theme was cosplay. Yey! Unfortunately though, guests weren't asked to come in costume and I have a small part on the program since the celebrant- Alexis, is my goddaughter.

The early birds posing in front of the camera. These kids belongs to the first cosplayers group in the country and most of them are professional cosplayers now. 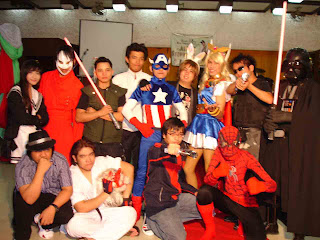 The one wearing the yellow suit is the celebrant's brother. He is now a professional cosplayer. One of his  latest gig was with Derek Ramsay, as Kidlat, during the show's mall tour and premier night. 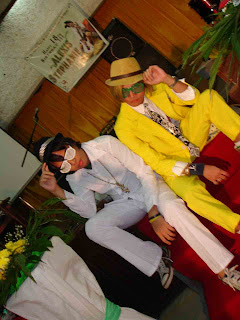 The debutante dancing with Darth Vader. How cool is that? 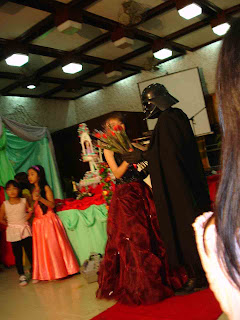 So on May 25, I'd like to invite everyone especially kids and the kids-at-heart to head off to Newport Mall at the Resorts World Manila for the launch of 2013 TOYCON. Event will be start from 12nn till 10pm. Famous Filipina cosplayer- Alodia Gosiengfiao will grace the event. Hope to see you there and don't forget to bring your cameras or wear a costume. 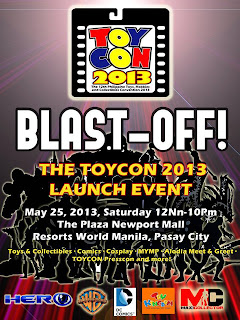