By Edel San July 04, 2013
It was a rainy Wednesday morning but the weather didn't dampen the fiesta mood at the Grand Opening of Binalot Harrison Plaza Branch. And according to our elders --- a rain is a blessing. :) 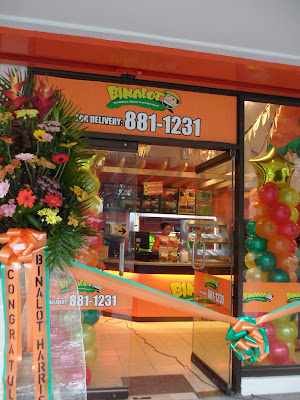 This fiesta-scene reminds me of Larry Alcala. And Binalot is exactly just like that- A Fiesta! It is a place of food, merriment, and camaraderie. A hodgepodge of all the good things that is akin to Filipinos. 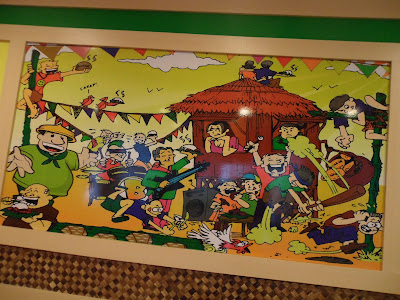 I'm not new to Binalot. In fact, hubby (then bf) and I used to frequent Binalot Shangri-La Plaza branch almost every day. That was in the late 90s though and the branch' not there anymore. And that first encounter with Binalot carved a happy memory in our foodie hearts because we kept on dining at other Binalot branch whenever we got the chance. We also love the concept of eating food in a banana leaf. I guess Binalot pioneered that concept in the fastfood arena. And its environment-friendly, too. 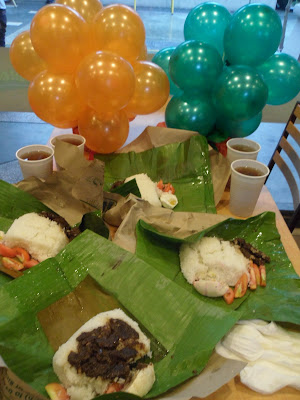 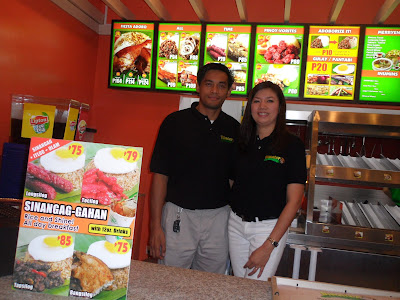 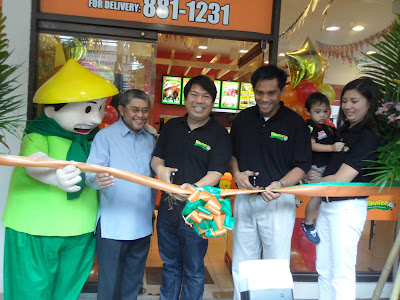 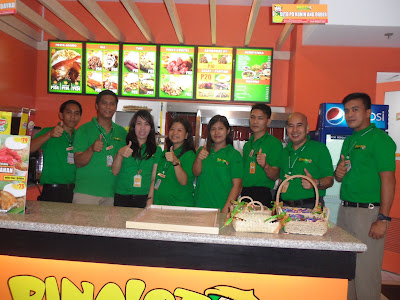 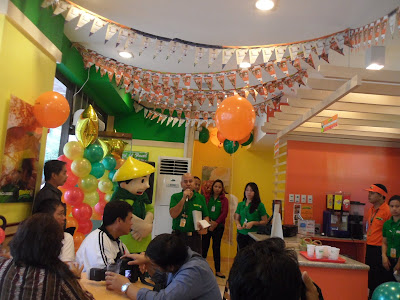 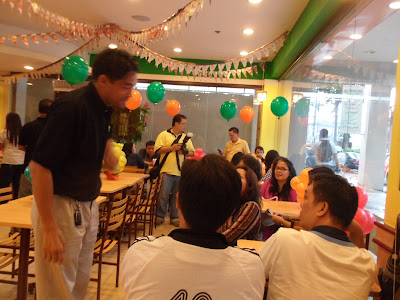 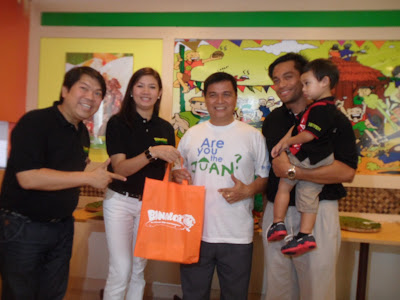