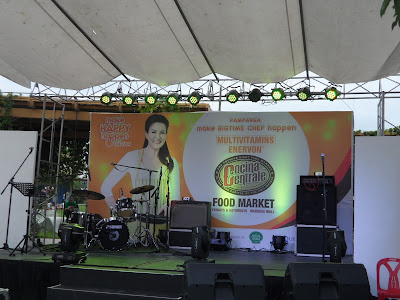 Last Saturday, I attended the launch of Cocina Central in Maquee Mall, Pampanga and was excited to reunite with Carlo's Kitchen. Yes, I'm a fan. In fact, I already blogged about them here. And like the last time, the crunchy belly didn't disappoint. Oh so good and sinfully delish! Hello cholesterol, let's be friends. ;) 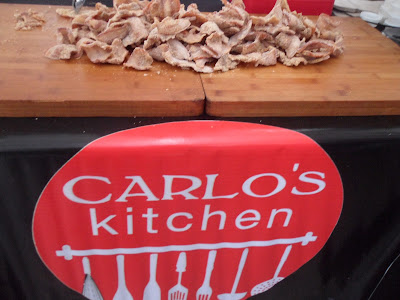 There are a lot of food stalls and choosing which stall to go to is difficult.

So if you are craving for some bbq, then this stall is your best bet ... 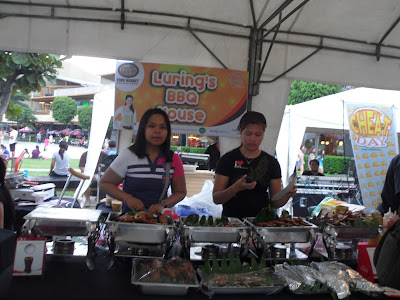 ... or if you want cookies and pastries. And yes, Minerva also has a very memorable tasting sansrival. 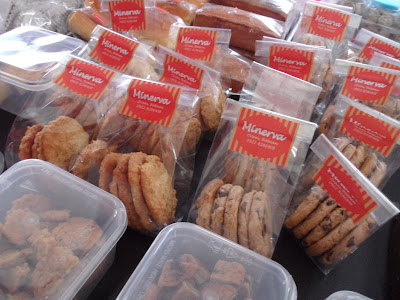 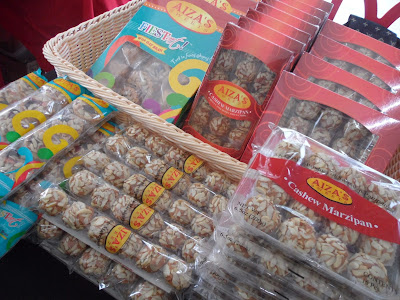 And look- a french chef making crepes! Must be good. :) 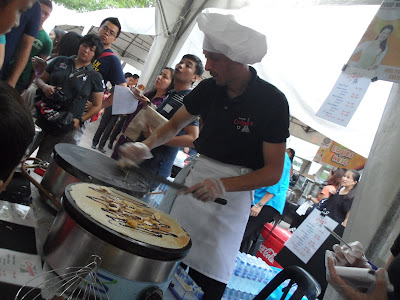 Chef Loic Boul. He and his Filipina wife used to reside in Quezon City but now moved to Baguio. And now, they're selling crepes at Cocina Centrale. He's a bit shy but talks passionately when it comes to crepes and other French goodies. French Crepes is one of the crowd drawers at Cocina Centrale. 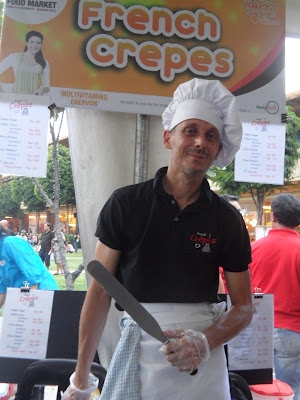 Cheat Day. This stall serves the best burgers. Definitely A "Cheat Day!" Hahaha. The queue at this stall is also longish. I guess that says a lot about the burgers. Need I say more? :) 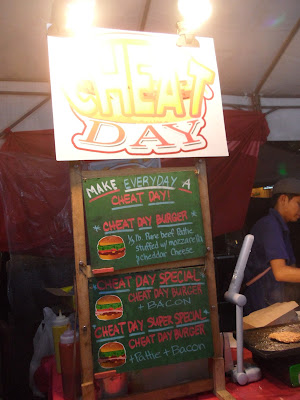 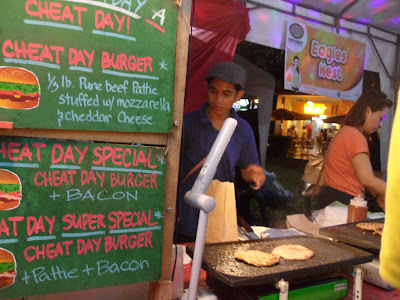 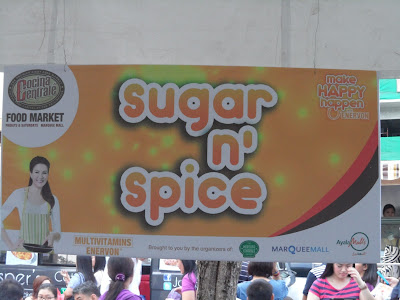 Oatmeal-Raisin-Almond Cookies. Really good. Brought home a pack and daughter shared it with a picky eater classmate. And guess what--- she ate a piece and asked for more. :) 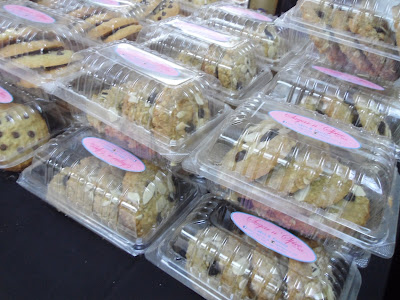 And I had a happy reunion with Koko Buri. Read previous blog post here. I was really surprised and happy that they have a food stall at Cocina Centrale. Thumbs up! 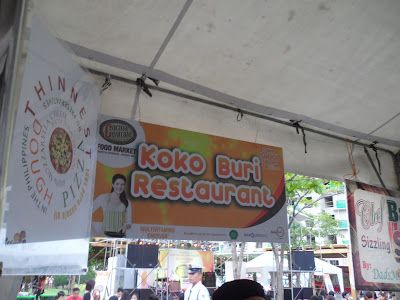 That ahjussi over there is Mr. Jeon (pronounced as John). He is the owner of Koko Buri. 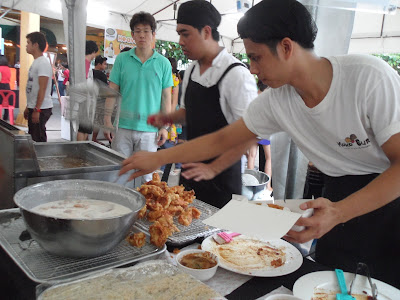 The crunchiest and yummiest soy-glazed fried chicken I've ever tasted. You can't go wrong with Koko Buri's Fried Chicken. This stall is on top of my list of must-try (again and again) food stall at Cocina Centrale. 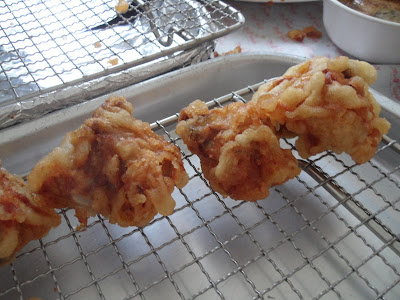 June 29, 2013- Pampanga foodies unite! The Mercato Centrale Group, organizer of the popular night food markets in Metro Manila, formally opens Cocina Central today at the Marquee Park of Ayala's Marquee Mall in Angeles City, Pampanga. It will be open every Friday and Saturday starting July 5 from 4pm to 3am.

"This is our first food market outside of Metro Manila, and we felt the most ideal place where we could share the Mercato Centrale experience was with the foodies of Pampanga. The great tradition of cooking in this part of the country means that we have to 'level up' when it comes to the quality of our gourmet and artisanal vendors, so that the food satisfies the discerning taste buds of the Kapampangans," said RJ Ledesma, co-founder of the Mercato Centrale Group.

Cocina Centrale will be a culinary showdown where an eclectic mix of food entrepreneurs from both Manila and Pampanga offer great-tasting home-cooked food and delicacies.

The success of Mercato-managed markets in Manila have proudly come from Kapampangan chefs whose have been huge crowd drawers, like Chef Sau del Rosario's Paella from Villa Cafe and Chef Claude Tayag's Pan de Bagnet from Bale Dutung.

"We look forward to surfacing a lot of unique, innovative and great-tasting dishes from Pampangueno food entrepreneurs whom we would like to invite to eventually join our Manila-based markets. The Mercato Centrale experience here will be both uniquely Mercato and uniquely Pampanga at the same time," said Ledesma. 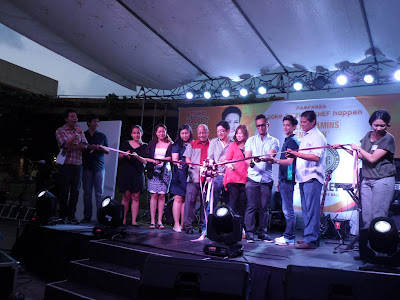 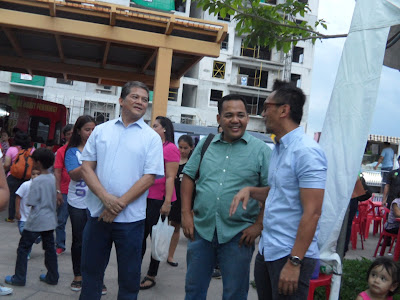 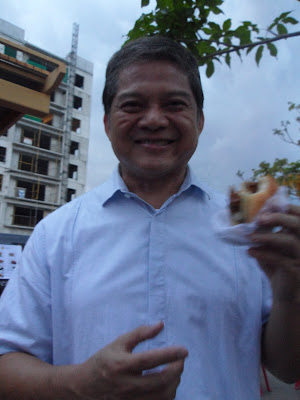 And last but not the least, I had another "reunion" at Cocina Centrale. This time, not with food but with a friend. Let me introduce the one and only (drum roll please)- RJ Ledesma. Met him years ago at a Writers Workshop. Shared some beers, chicken inato, budbud kabog, and stories and poems with him years ago. We were skinny kids then. Hahaha. 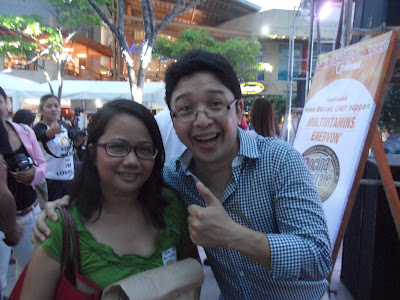 Looking forward to another night at Cocina Centrale and I'm inviting everyone to visit also. :)