By Edel San December 24, 2013
Tim Ho Wan has the best pork buns, or so I was told when I went to The Great Hong Kong Food Adventure last October. Actually, I've also been meaning to eat in this dim sum place which has received a Michelin Star but I got sidetracked with other things. The original branch is a few steps away from City Garden Hotel in Sham Shui Po where we had our OpenRice luncheon but I saw a branch in IFC Mall which was really crowded when I passed by so I ended up somewhere with Macarons! Hahaha. But my foodie companion bought tons of delicious pork buns from Tim Ho Wan as his pasalubong.

Btw, I love pork buns and before I heard of Tim Ho Wan, I am in-love with Lugang's Pork Buns. 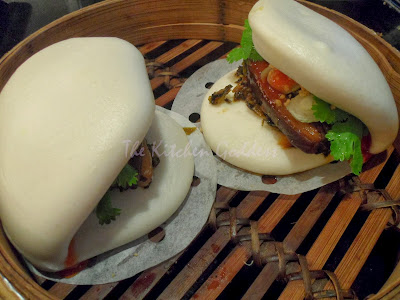 But then again, good news for foodies in Manila. Tim Ho Wan is opening soon in SM Megamall. Nice! I am just a short ride away from that mall. NB: Be ready to fall in line because waiting for a table maybe quite long-ish. Don't say I didn't warn you. ;)

I guess 2014 is something to look forward to for foodies like me and you. :)