By Edel San February 14, 2015
I've had great memories at Peking Garden especially when most of our elders were still around. But this time around, my Dutch uncle was the one who invited us for a despedida dinner. He and my aunt arrived early January and are flying back to Holland in a few days. 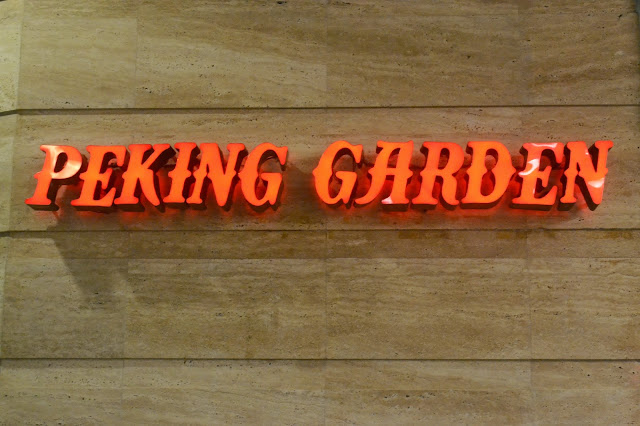 So while waiting for our food, this chips (kropek) (fried wanton wrappers) was served to us. It tasted so nice (I'm feeling hungry already) that I asked for additional serving even if I know that it might ruin my appetite. Not. 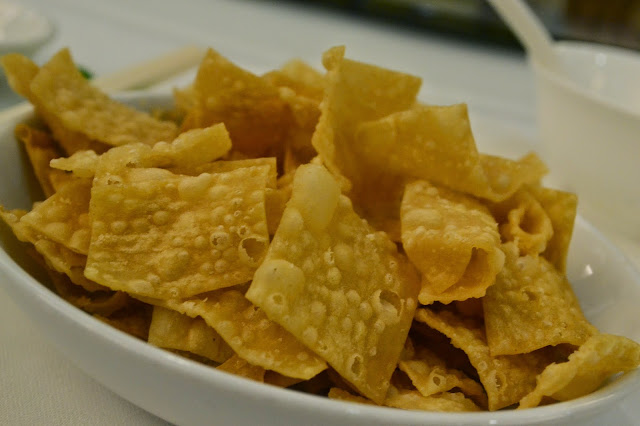 Coldcuts Platter. This is the appetizer. I love the jellyfish and the century egg. Yum! 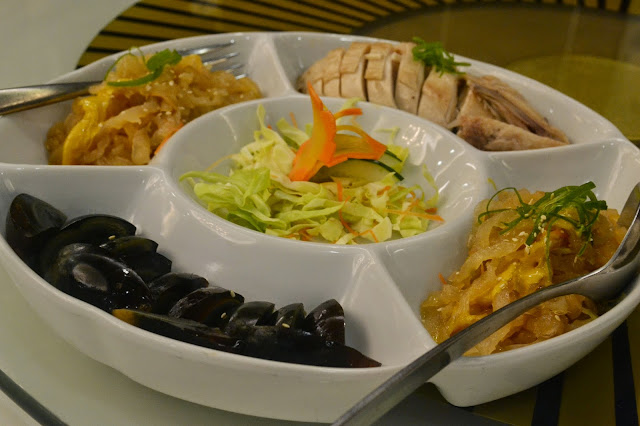 Peking Duck. Look at that beauty!!! Nevermind the cholesterol. ;) 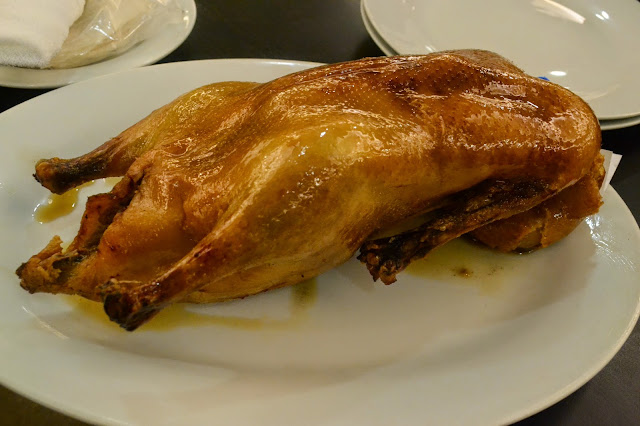 Peking Garden is famous for perfecting the art of slicing the peking duck skin/meat in equal pieces. Yes, really. 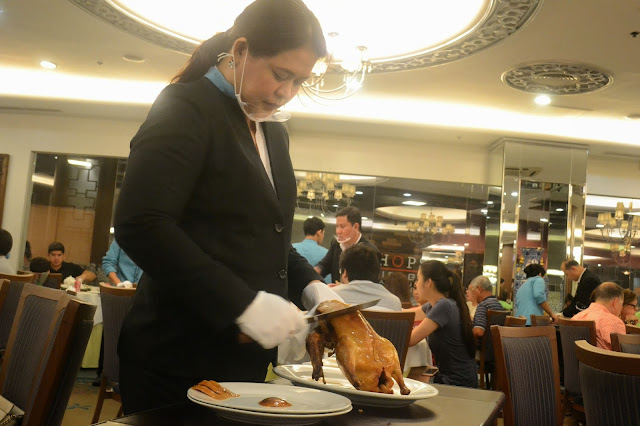 So with surgeon-like precision, the lady pictured above started to work on our duck. I find it mesmerizing to watch her slice the duck. It would've been nicer if if we able to book a private function room so that we can have a much more personalized-experience. Haha. 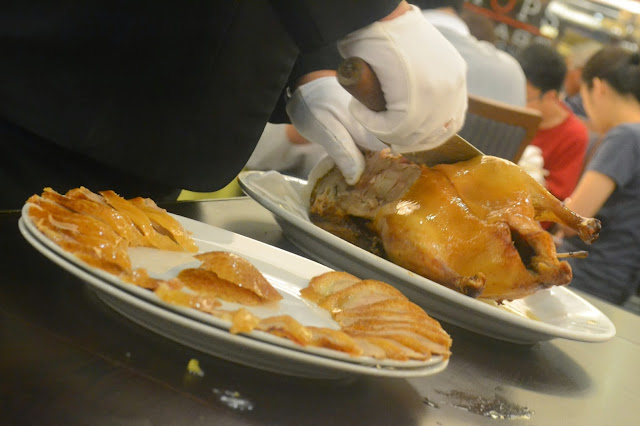 Here's my duck-plate. I had four yummy pieces, three of which I ate before dessert. My cousin Jojo who was sitting beside me was literally drooling at my duck-plate since he gobbled all on his plate as soon as it was served. Haha :P 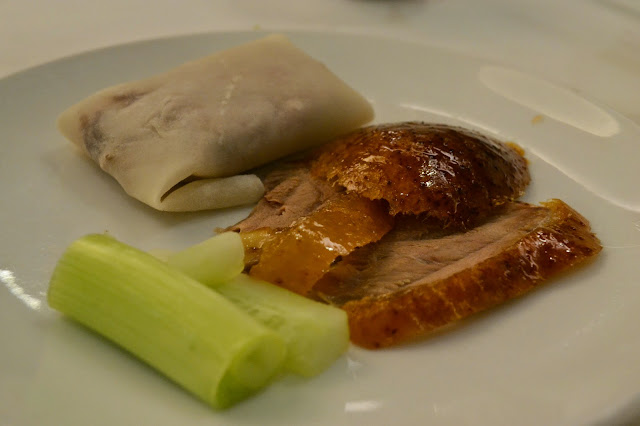 My nephews and cousin. Its really hard to take a nice picture of the boys. Most of the time, they make funny faces in front of the camera. 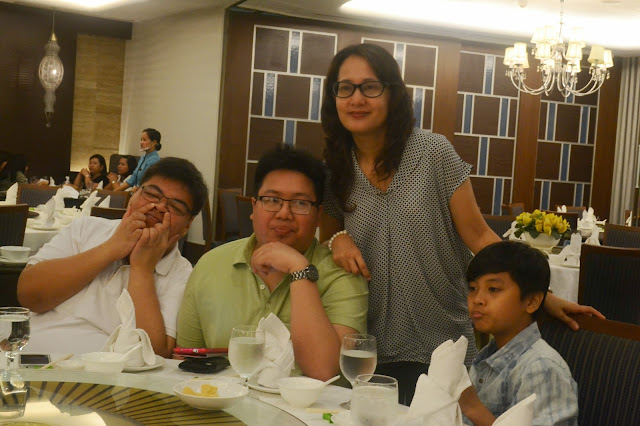 Fish. Its so good I had about three pieces. The coating has a nice crunch while the meat inside was tender and sweet. 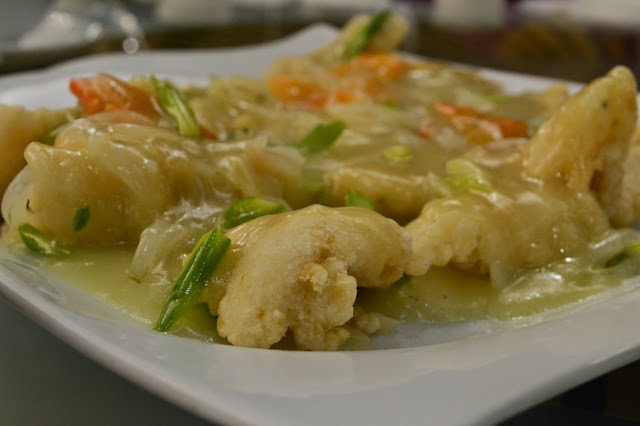 Yang Chow Fried Rice. Everyone had a small serving including me. The kids table though had an extra plate of fried rice. Gave my share to my cousin Jojo since I don't eat rice. 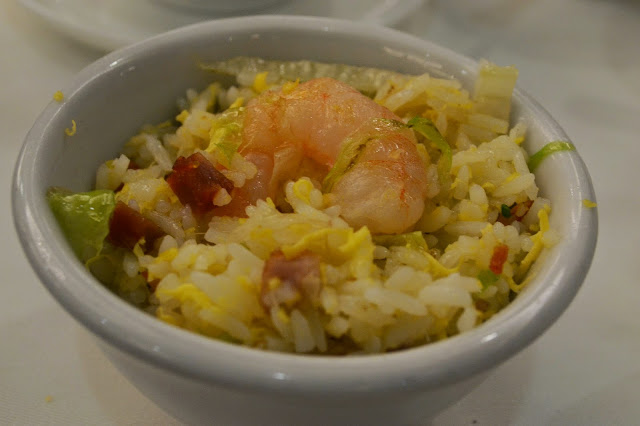 Here's what happened to the duck meat after we all ate the skin. Minced duck wrapped in lettuce. I find this enjoyable to eat because of the crisp and fresh lettuce. (hand model- Jojo). 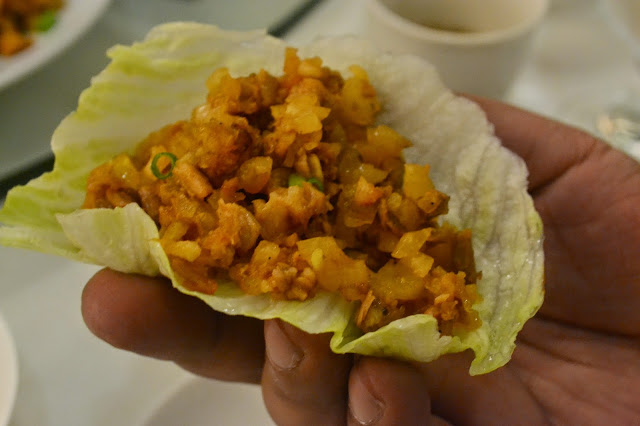 So aside from Peking Duck, we also had Fried Chicken. And since I can't eat half of the duck, I had several servings of this tasty chicken. Looking at the photo now makes me crave for it. 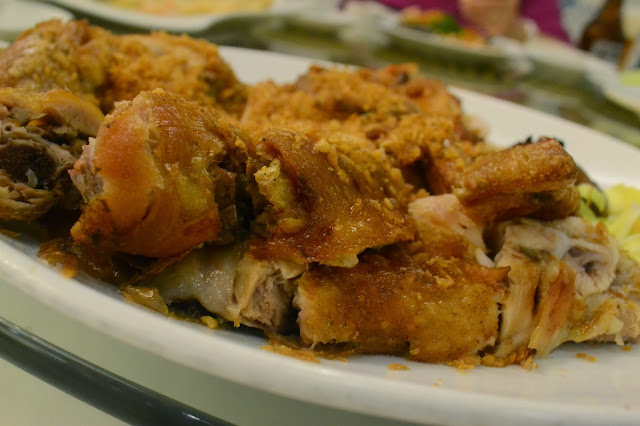 Sweet & Sour Pork. This is my uncle's favorite. 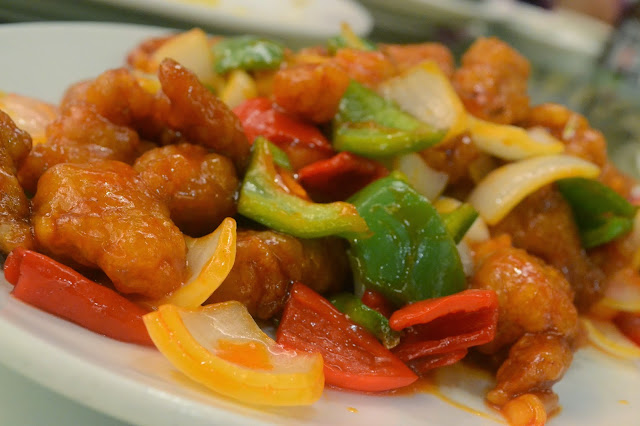 And here's Mikaela, the youngest in our family. She doesn't want to smile in front of the camera already because she's feeling sleepy. She just came from a birthday party. 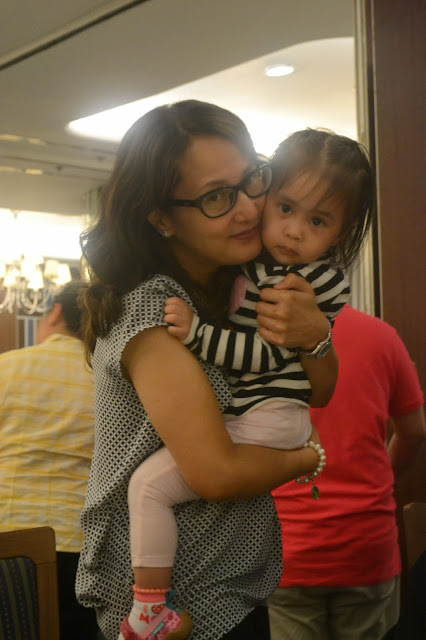 And just when you thought that everything is served, this beef arrived on our table. Beef was really, really tender. No need to chew actually. Alas, I'm feeling quite full and I still have the duck pieces left. Hehe 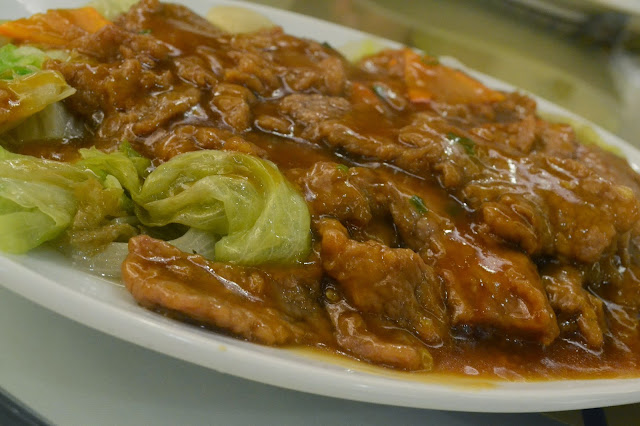 Okay, I did say I was already full but I just have to try this noodles. Oh my! Its so delish. Nevermind that I'm full, this is love-at-first-bite. The noodles was cooked al-dente and had mushrooms only. But it was so flavorful that if they served this first, I know I won't be able to eat the rest of the dishes. 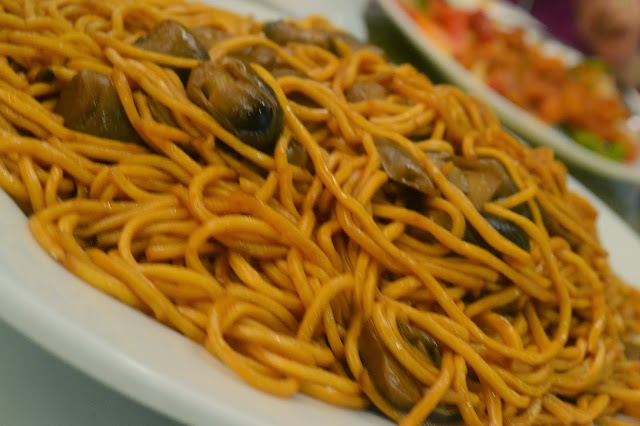 We were all bursting in our clothes and decided to skip dessert but someone ordered ice-cream so we all did the same. Haha. I wanted the avocado but they ran out already so I got the ube instead. Daughter helped me with my ice-cream after she finished hers. 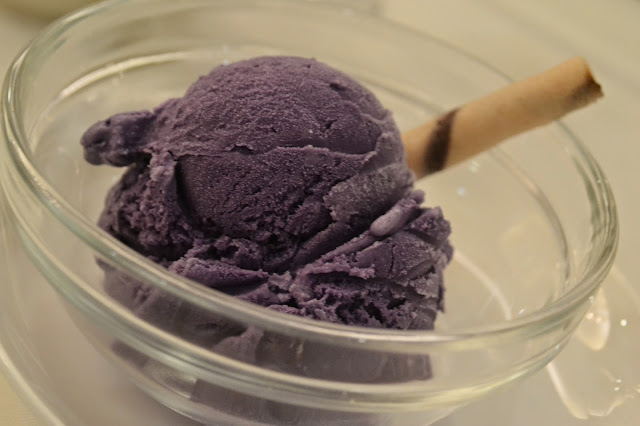 Fooling in front of the camera. That's what happens when everyone is already full. 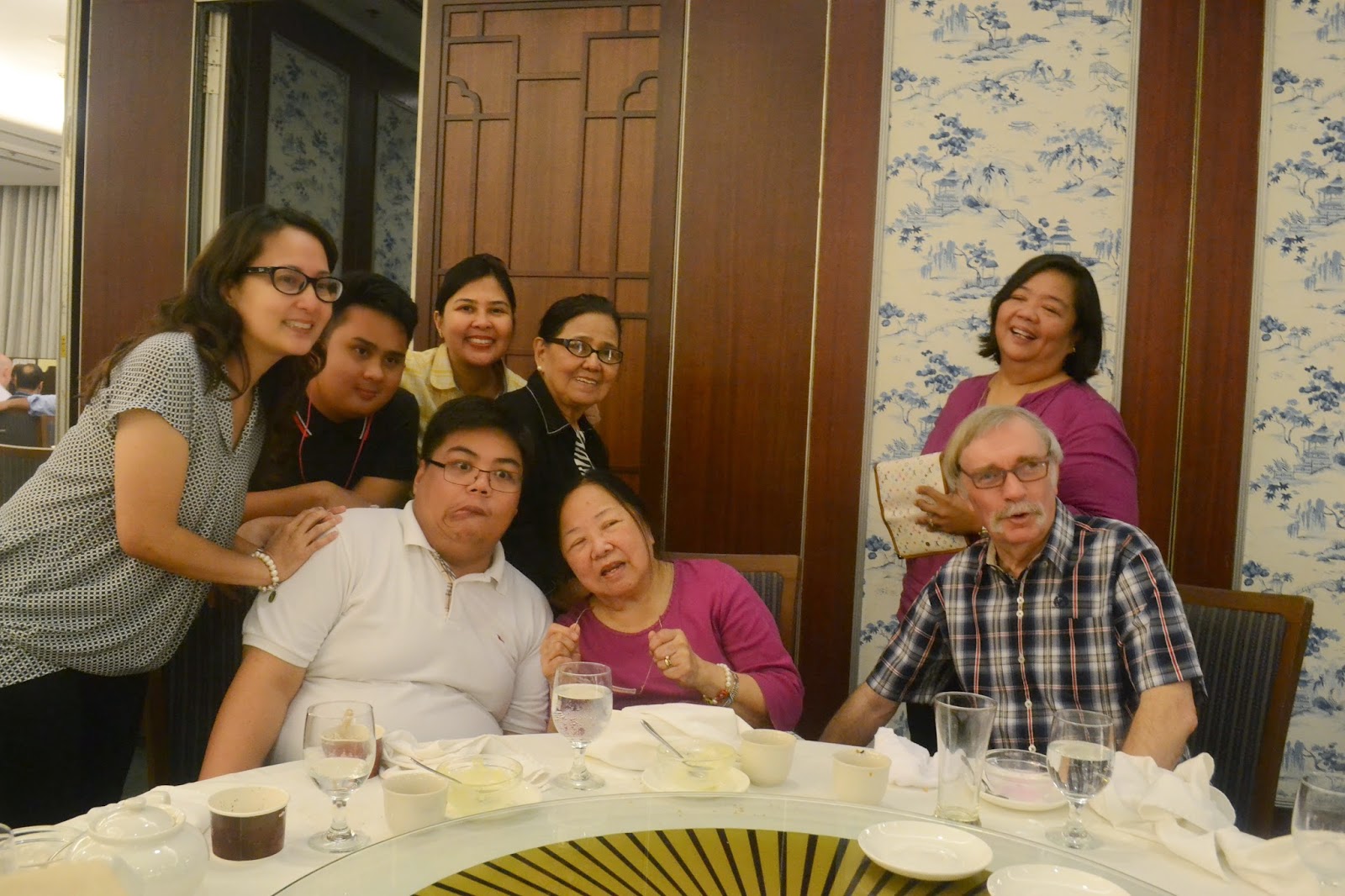 Some of the family, posing in front of the restaurant. Burp! 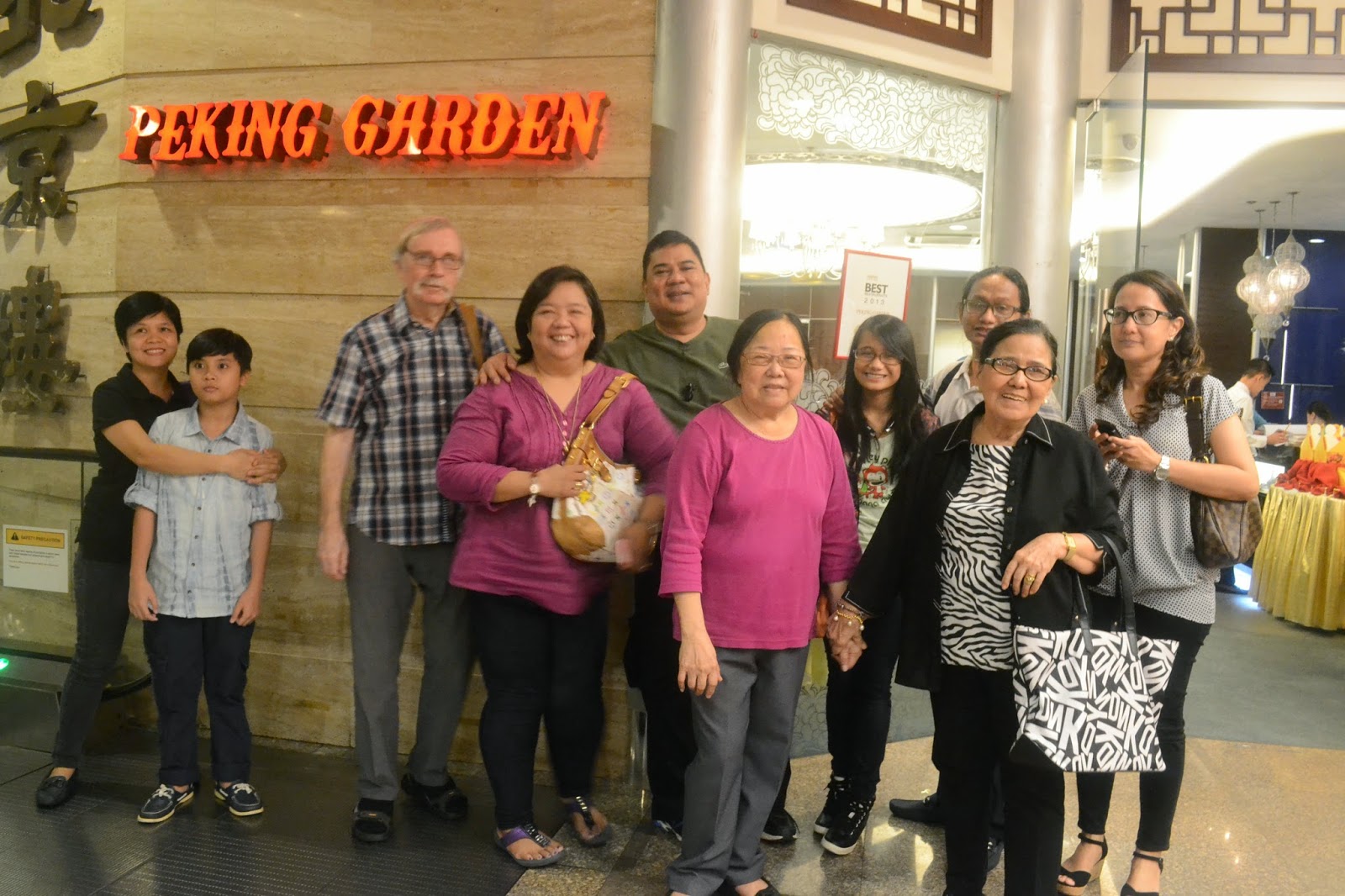