By Edel San June 17, 2016
Father's Day is just around the corner but we already celebrated it a week early at Mario's.  It was a not-so-suprise treat for hubby because we've been celebrating Father's Day (Mother's Day) a week early to avoid the crowd, but ends up celebrating again on the exact day (along with the crowd)- haha. 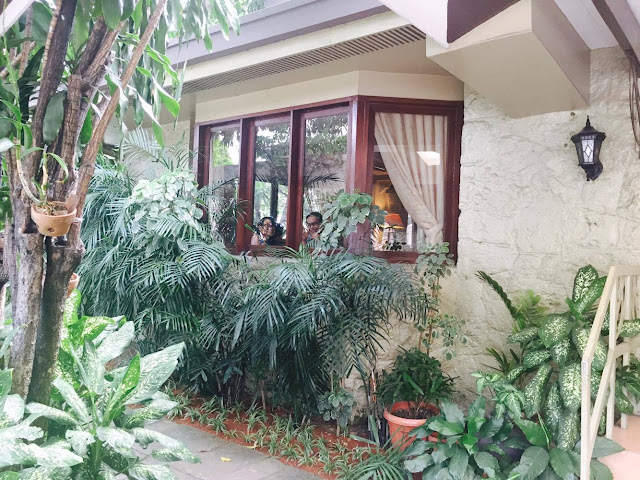 Luckily, we went to Mario's on a Sunday because they have lunch buffet and we haven't tried that yet.  Also, we love the relaxed and homey ambiance of the restaurant. 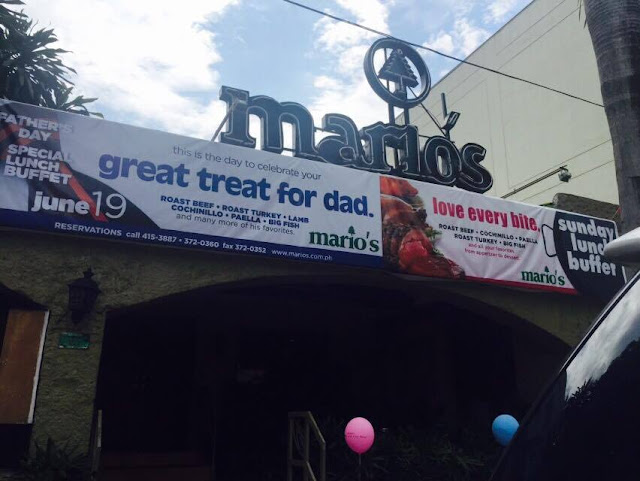 Cochinillo!!!! I always check the carving station first whenever I dine at buffet restos. Aside from this delicious cochinillo (I soooo love the "balat"), Mario's also have turkey, beef, and lamb. 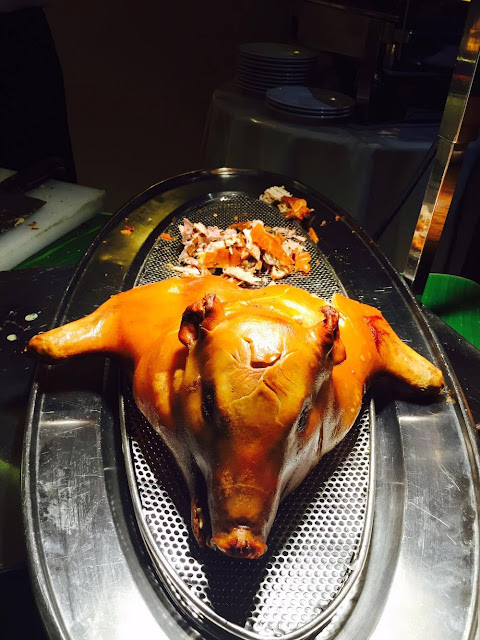 The buffet choices varies every week except for the carving station and we were told that a Special Father's Day menu is being created.

We started our meal with some baked oysters and pinsec frito from the appetizer section. There's also some salad and sushi rolls. 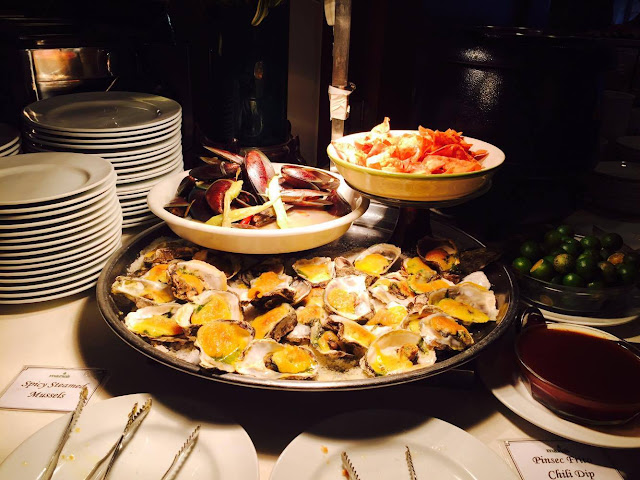 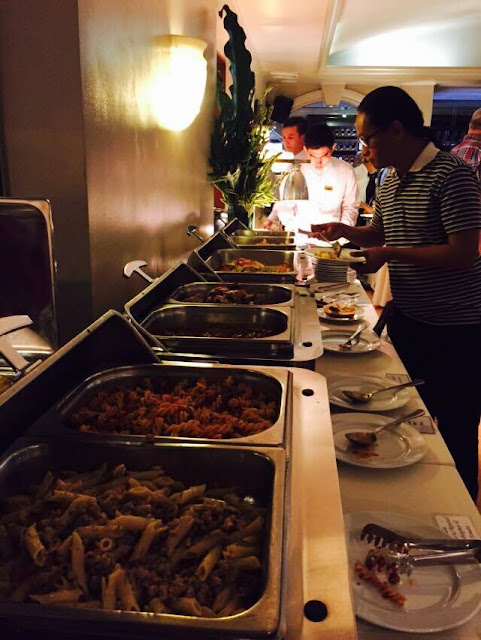 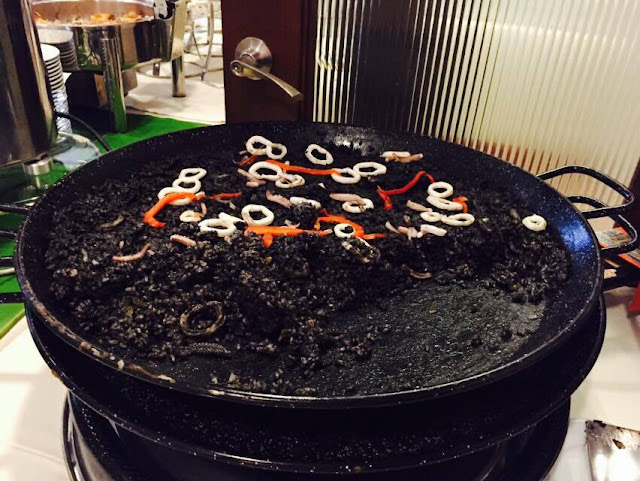 Here are the desserts- daughter and I love the creme brulee and the tiny chiffon cakes with caramel fillings. 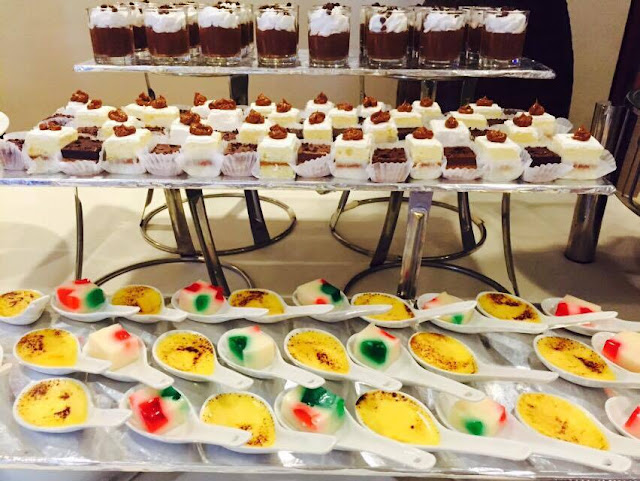 Mario's famous Ceasar Salad. This is not on the buffet spread but is included. You can order this and maybe have this prepared right in front of you. Really, really good ceasar salad. 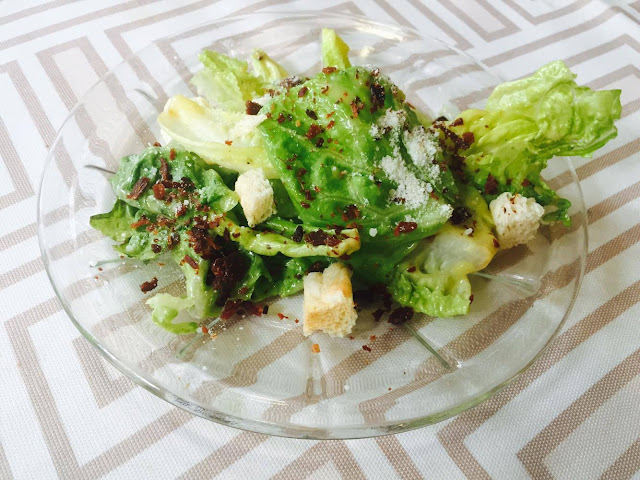 Here's what the resto looks like. This area is a bit far from the buffet table but it offers more privacy than the tables near the buffet spread. And did I mention that there's a live piano bar during Sunday lunch? 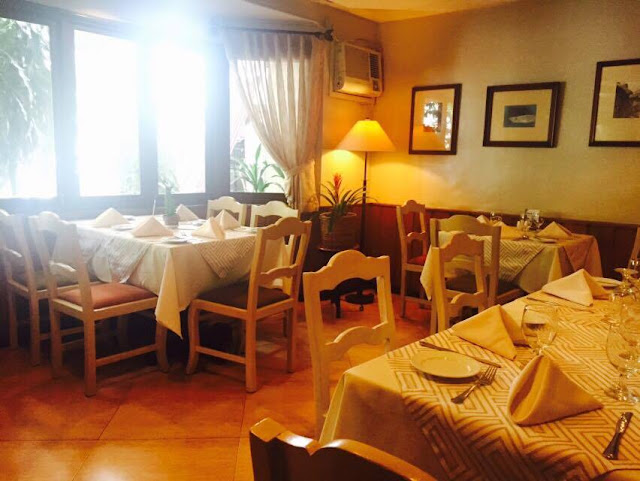 Here are my loves while enjoying the sumptuous buffet at Mario's. Happy Father's Day to my hubby. Thank you for being the Best Dad to our daughter. 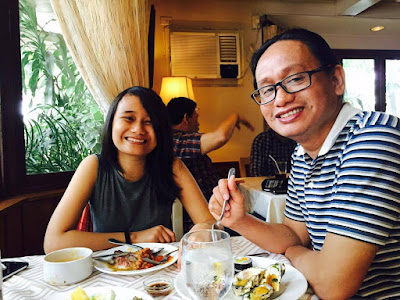