By Edel San June 26, 2016
I've been wanting to eat at this ramen cart in Malate for the longest time but we always forget about it until we are on our way home. I mean, it is far from the cluster of restos in Adriatico Circle, and far from Robinsons Manila. Luckily, after years of planning, we were able to go there for late dinner. 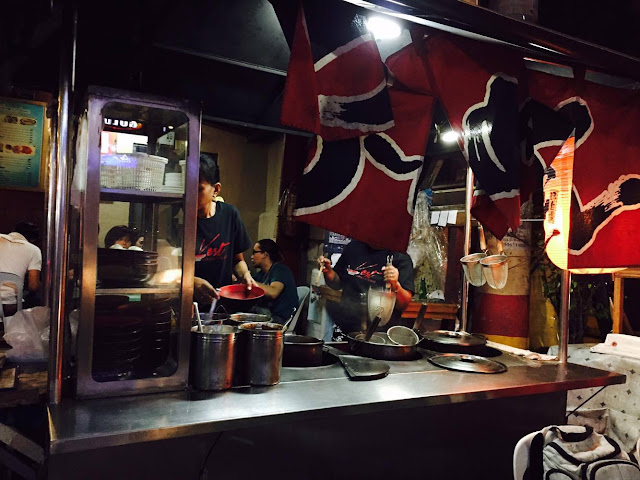 The opportunity presented itself after daughter and I went to opening day of ToyConPh last June 10. We stayed in SMX checking toys and the exhibits till almost closing time before we realized that we were supposed to meet hubby for dinner. Alas, the mall will surely be closed by the time we get there so I asked hubby if he wanted to eat in McDonald's. Thankfully, he suggested that ramen cart in Adriatico. Gosh! I forgot all about it again. It is called- Erra's Vest Ramen in Town. 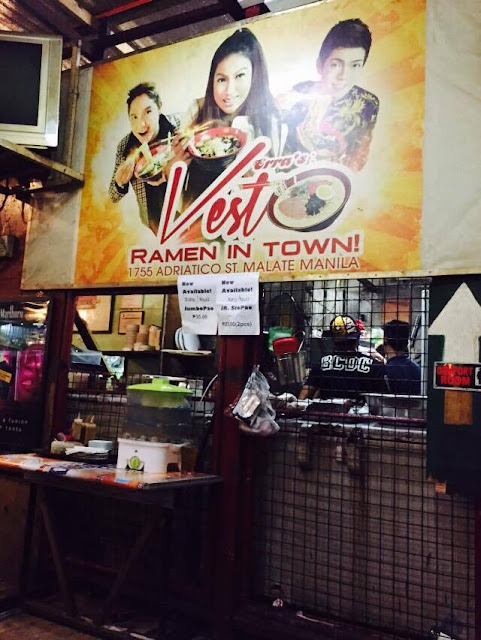 The place was full when me and daughter arrived there and hubby is not yet in sight. But the ramen gods heard our grumbling tummies and we saw a vacant table. Haha. Anyways, I was a bit apprehensive because most of the diners that time (around 9:15pm) were male, and drinking beer. Okay, so what happened to the ramen? 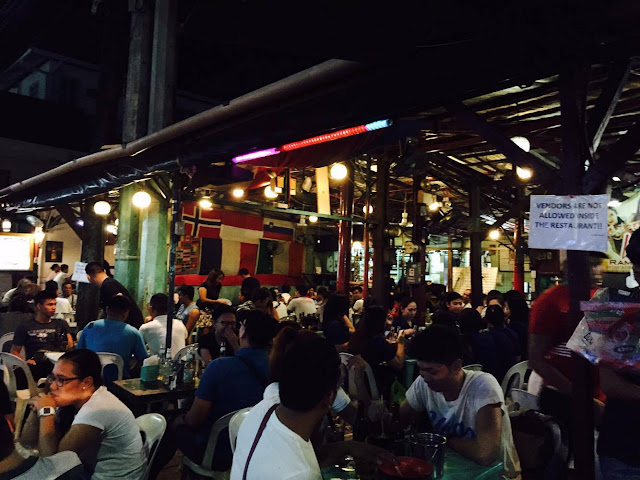 We were handed the menu which doesn't include ramen. So when I pointed to the ramen cart, the server took the menu from us and handed us another one. Wow, I should've taken a photo of the menu because the ramen is really, really cheap! think USD$2 - $2.50. Yes, that cheap.

I ordered the Miso Ramen (photo below). It doesn't include the egg, you have to order it separately which I did. Cost me barely a hundred pesos. I instantly fell in-love with the miso broth, it is creamy but you can also taste the miso paste and seaweeds and other ingredients. The ramen noodle is al dente (just the way I like). The lone pork (you can actually order another slice for about P25 if I'm not mistaken) was not just flavorful but it was so tender that it melts-in-the-mouth. This miso ramen is comparable to the ramen houses in the malls. No kidding. My only complain was the egg, as it hardboiled. It would've leveled up the experience if it is medium boiled. But hey, I love the ramen and I love hardboiled eggs so thumbs up! 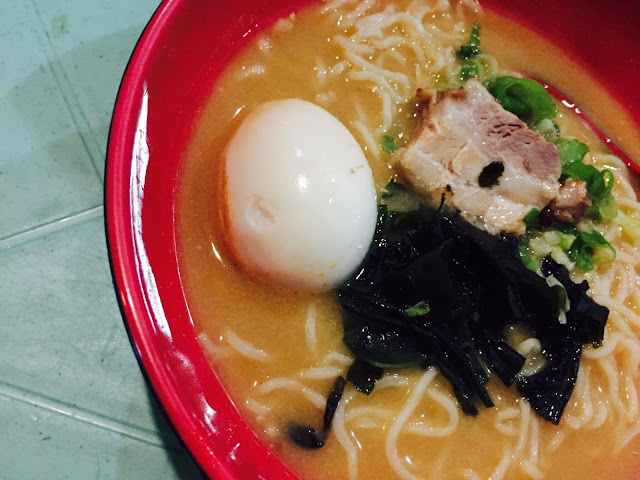 Daughter had the Shoyu Ramen which has soy sauce broth. Cost same as the miso ramen. Daughter love her order that she was able to finish the whole bowl by herself. It doesn't really look that much on the photo and for the price, you'd think that it the serving portion is akin to an instant ramen bowl, but no, the serving is hefty. 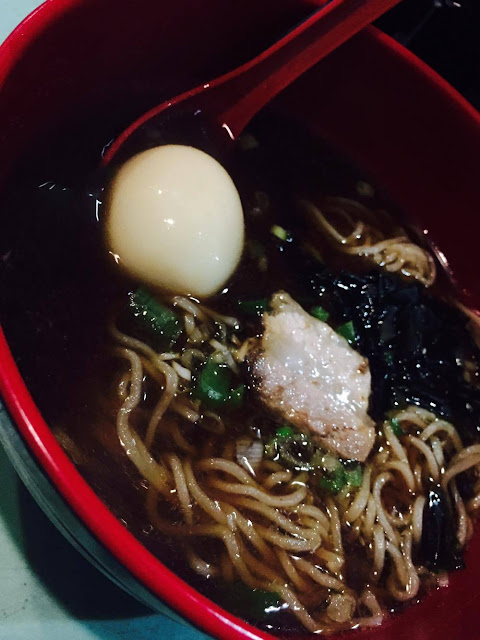 I persuaded hubby to order the Tantanmen when he arrived. To differentiate tantanmen broth from what we ordered, it is garlicky and has a hint of spiciness in it. The flavor of toasted garlic and onions were so strong that I didn't bother asking for another sip. But he loved it. This cost P100.00 which was the most expensive on the ramen menu. Add the egg and total cost became P115.00. 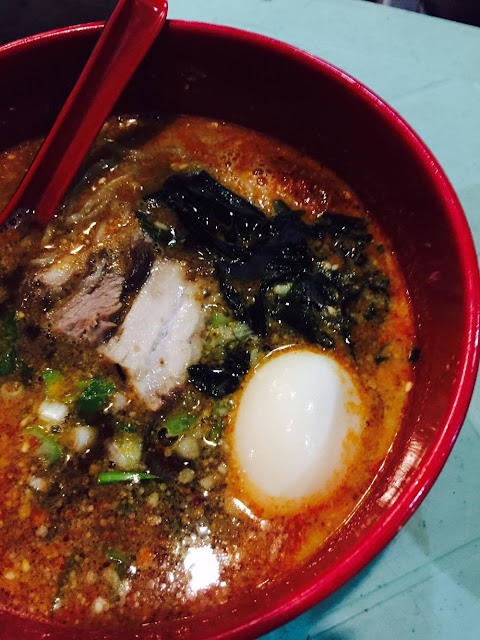 Over-all, it was a very memorable ramen experience (hawker-style). Our total bill is about P320 or USD$6.50. So happy to pay for this. Next time, we plan to order gyoza with our ramen.