By Edel San January 22, 2018
Sometimes you just have to trust your feet and your stomach to decide when it comes to which restaurant to go to. In our case, we were so tired following the ghouls and fairies going to Lan Kwai Fong that when we saw Miffy Dim Sum Icon, we felt not only pangs of hunger but excitement because Miffy is so adorable !!! 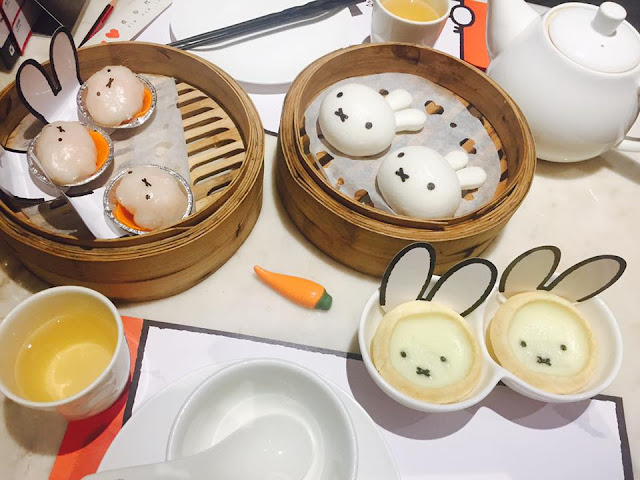 From the entrance, you go down two flights of stairs till you reach the dining area. There's really that element of surprise since you're not sure what awaits you. Of course, we are already aware of how cute Miffy is. 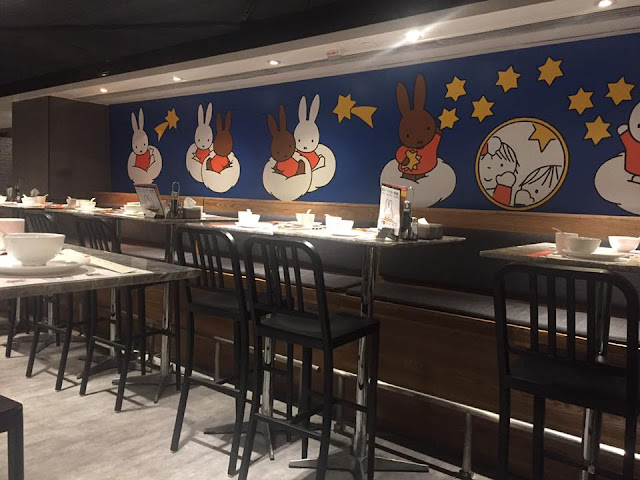 These are what we ordered:

Miffy Shrimp Dumpling, HKD $49. The shrimp inside is plump and sweet, no need to dip in sauce. Just savor as it is. Yum. 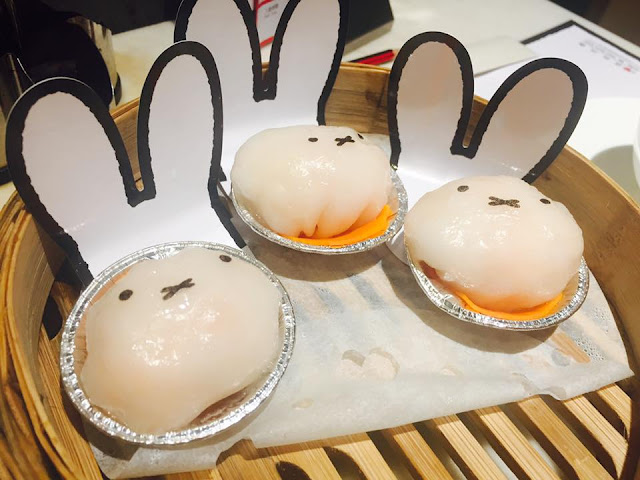 Miffy Egg Custard Tarts, HKD $39. These are really, really soft egg tarts. The tart itself is also soft with just the right amount of sweetness, and not crumbly that you'll think its part of the custard filling. 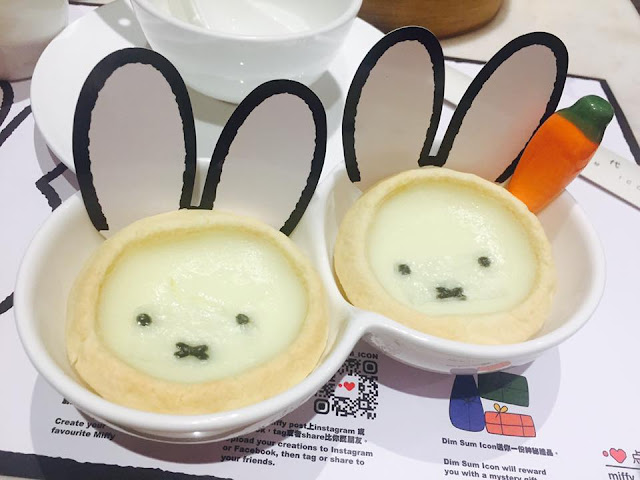 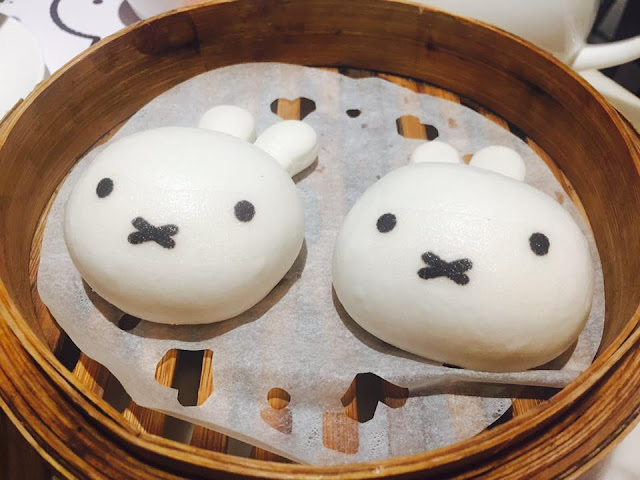 Picture first before eating. Look at those ears! If I'm not mistaken, I think I ate that first. Sorry Miffy! 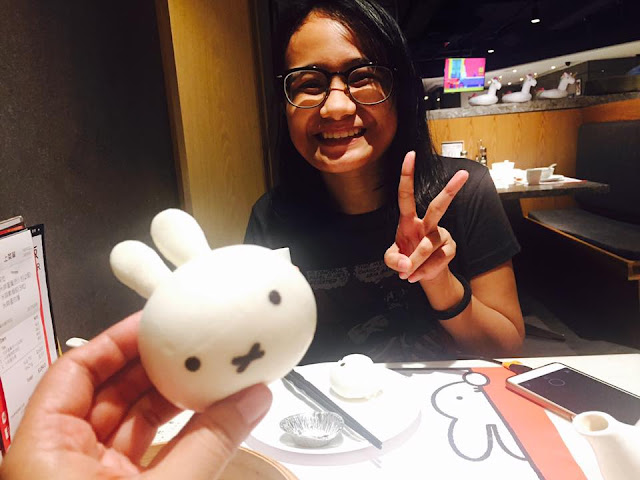 And it was heaven-at-first-bite. Softest bun with sweet runny warm egg yolk filling. As in, "ang sarap!" Must try at Miffy Dim Sum Icon. 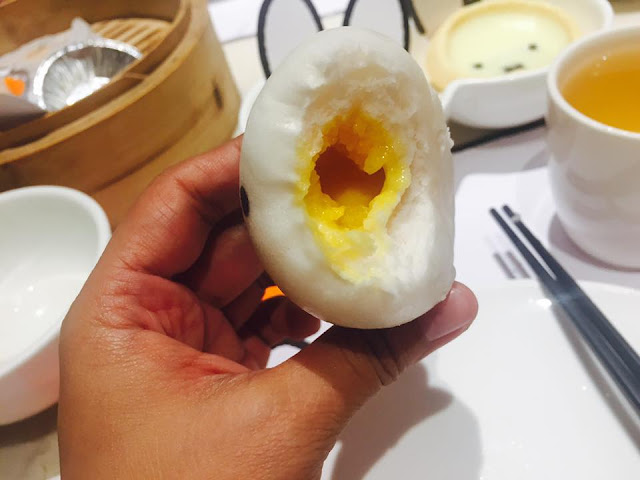 So we only ordered three items from the menu. Why? We weren't expecting the menu to be that expensive as compared to the other restos that we've visited already. And the serving portions are not enough for sharing. Also, we were on our last HKD $sss because we're just killing time before heading off to the airport to catch our flight back home. There's a minimum consumption of HKD $50 per person and if you are not ordering any drinks, you will still be charged HKD $10 for tea. Get the tea instead which costs HKD $10.

Overall, it was a very delicious dining experience at Miffy Dim Sum Icon even if our pockets are not that ready. XD 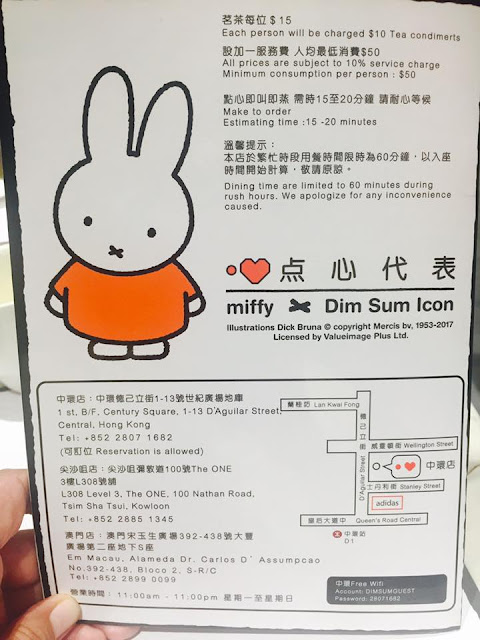 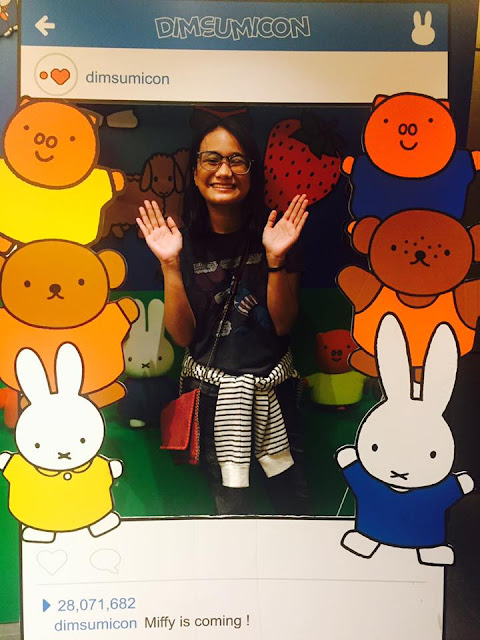 All the while, I thought that Miffy is a Sanrio character. Pardon my ignorance. Miffy is a character drawn by Dutch artist Dick Bruna.