A Day At The Highlands

By Edel San June 09, 2013
When Manila's heat becomes unbearable or simply because going on a short trip is fun--- the nearest and coolest place that we can think of is Tagaytay. Not only of the scenic views but because there are really a lot of things to do there especially if you have kids in tow.

Also, Tagaytay has a nice cool climate especially in the evenings or during rainy days when it can get really foggy. I find it nice to drive in the fog, but I will save that for another blog post in my other blog! ;) 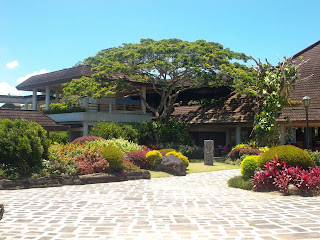 Lunch was at the Chinese restaurant inside Tagaytay Highlands. We made an after lunch reservation so that we can eat in solitude, with only us making the noise-- hahaha.

Having lunch with the family that includes two lolas and a Dutch lolo, plus 3 kids and the rest-- mga isip bata. :P 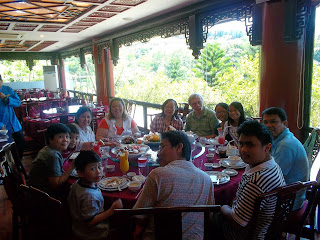 No time to take photos. Everyone is really hungry. Attack! Fish Lip soup was served. Ewww.. not really fond of it, but it is Ola's fave so okay lang. I can see sweet and sour pork and the fried chicken. We also ordered some hakaw and siomai which was literally gone before I could take photos, plus tons of other dishes not seen in the photo. 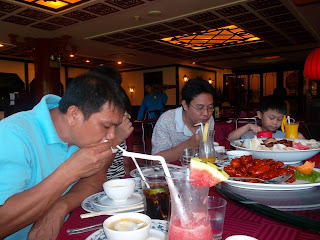 Afterwards, we had fun at The Animal Farm. Alice got lucky because the llama is not in a bad mood, otherwise, he would've spit on her (according to the zoo keeper). I remember the kiddie film-- The Emperor's New Groove. The emperor was turned into a llama. 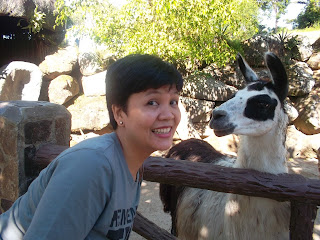 The kids also had tons of fun feeding the pigs and the birds, and having a "staring" contest with the fish. Even my Dutch Uncle joined the staring contest. Hahaha. Its funny because fishes doesn't have eyelids. So they sleep with their eyes open. Reminds me of Garfield having a staring contest with a fish also. Then when his eyes were already so round, Jon told him that fishes don't have eyelids. :P 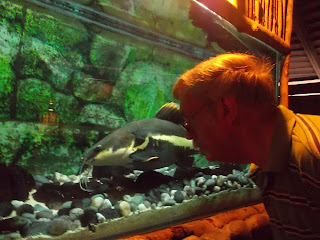 Got hungry after touring the zoo, and we all needed some fresh air--- meaning aircon. So up the adults went to the bowling area (too lazy to play), while the kids were left behind at the computer room.

Ordered a not very flattering-looking turon. But I love the caramel dip. The food presentation is kinda off. 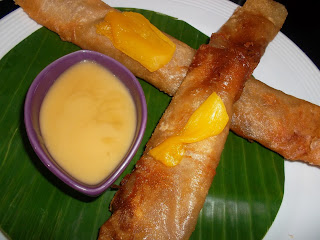 Another unflattering-looking saba-con-yelo that's so full of yellow food coloring. Well, the vanilla ice cream tasted nice. Plus its cold, so I guess it okay. 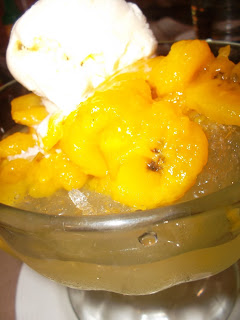 Another unflattering-looking order. The halo-halo. But it tasted better than the saba-con-yelo. I love the ube and the macapuno. Never mind the pinipig. I think I want to order another one. ;) 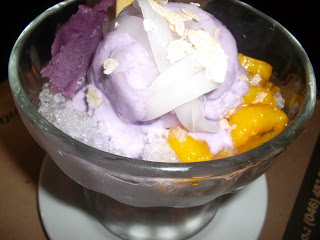