By Edel San June 10, 2013
Daughter and I love takoyaki and we haven't had one for quite some time now. Luckily, there's this relatively new place along P. Guevara in San Juan. I'd like to think P. Guevara as the newest food area in town, and its  just nearby. 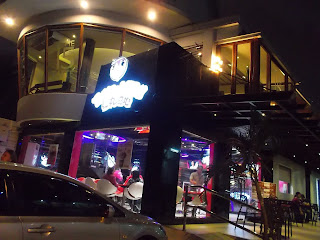 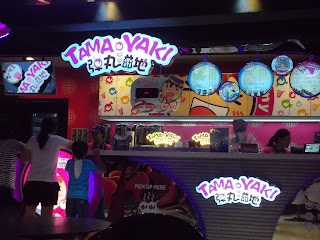 I forgot to ask but I think The 5th Taste restaurant is also owned by Tamayaki. We ordered from both. Daughter was excited to see steak on the menu and I'm curious about the oyster tempura. Worth another visit. :) 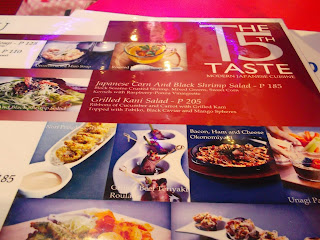 Takoyaki choices. At the back is the list of the milk teas, and other drinks. 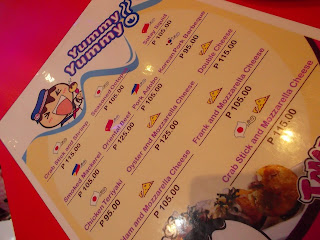 We ordered the Tamayaki Milk Tea with crystal strips, P85 for the large size. Quite good, I love that I can actually taste the tea instead of milk and sugar. Daughter didn't like it though because of the "tea" taste. Maybe if its sweeter, she said. I opted for the 80% sweetness level. I asked the waiter and he said that they used oolong tea. My only complaint was, its not that cold enough. More ice please. 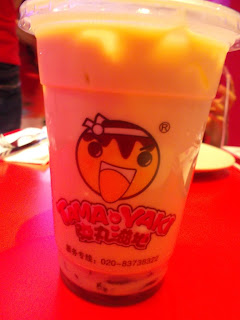 The octopus takoyaki was served in this nice box and comes with a purple fork. Love! 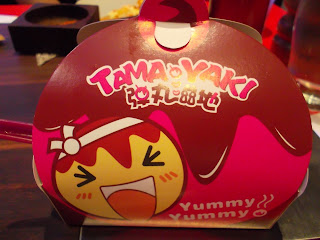 Looks yummy! The octopus filling was also big (and recognizable) compared to the other takoyaki places I've been to. Delish and flavorful. Daughter found it so good that she bit into it as soon as I finished snapping photos. Thumbs up! :) 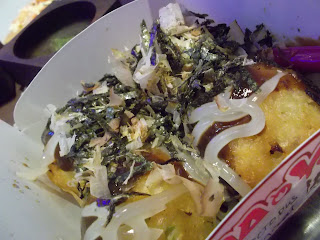 Kani Salad Pizza. Now this is quite different from the usual pizza dough. I just can't recall right now where I have eaten a similar pizza "dough." Its like a "taco" shell, not the dough/ bread type. Anyways, this pizza is a winner. The toppings are well-blended and doesn't overpower each other. This kani salad pizza is refreshing, lite and filling at the same time. Definitely a-must-try! Daughter wasn't able to resist the pizza that she already took a slice before I can say "cheese." ;) 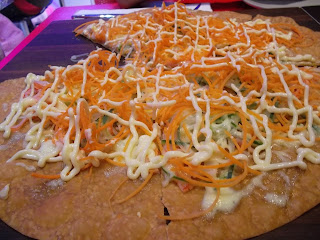 We weren't able to go the Rustan's Fresh store opening yesterday so we dropped by today around 5pm. Lots of grocery shoppers! The place looks nice, and I'm eyeing the Waitrose ice-cream and the frozen salmon but daughter and I don't have any plans of going home soon, so I'll schedule another trip visit within the week. And I'm really eager to go biking so I have a nice reason to use my bike. Haha! Anyways, we did manage to buy some chocolates, baguette, and mint leaves from Rustan's Fresh. 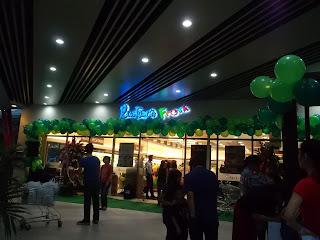