By Edel San June 17, 2013
Its been set and decided, written in blood (imaginary) that daughter and I would attend the Toycon at SM Megamall since attending the launch at the Newport Mall last May. Please see TOYCON Launch post here.

So today, on Father's Day-- daughter and I went to Megamall sans hubby. Will meet him for dinner in Shang- yey!


Lots of people when we arrive. The Megatrade hall crowd and cool items will turn Divisoria to shame. ;) 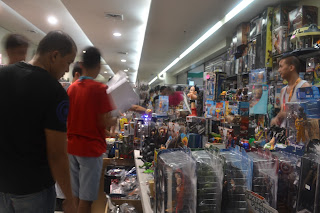 Daughter having a chat with one of the TOYCON organizer and comic book artist. 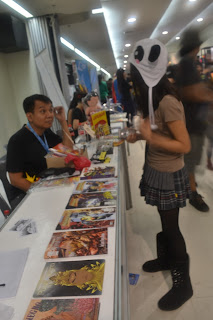 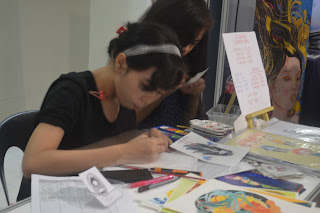 This is a vintage Starwars toy from the 1980's. 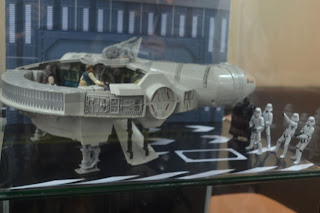 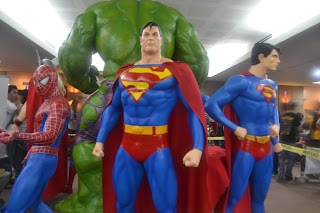 Daughter having a chat with Hatsune Miku, one of her favorite vocaloid character. 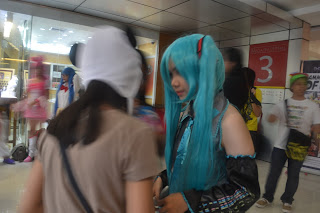 Mr. V, the "free hugs" guy that we saw at the Newport Mall. He was sad and forlorn then because nobody wants to accept his hugs. But today, he was mobbed- almost everyone wants to hug him. Yey Mr. V! 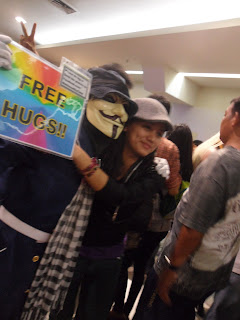 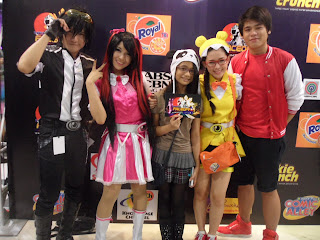 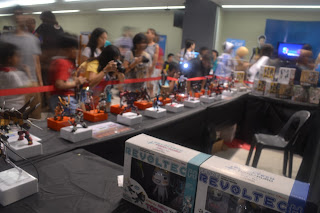 Cute and cuddly toys. I can spy My Melody, Pluto and Winnie the Pooh. No Hello Kitty?? 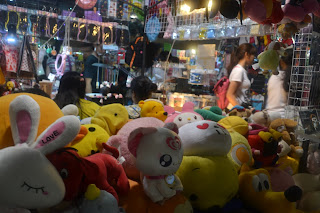 Daughter taking a photo of that green slimey monster. I can see Yoda at the other end of the table. 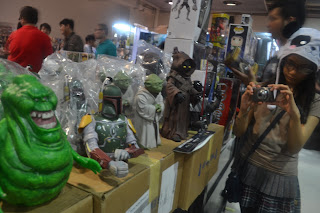 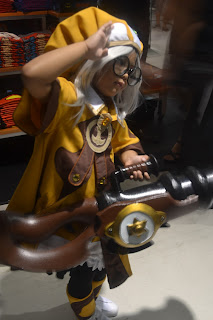 French robots! Well, they're made in France. 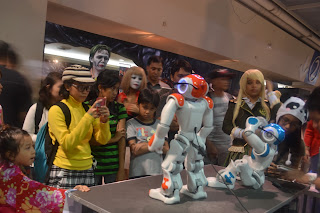 And the highlight of daughter's TOYCON 2013. Interview and pictorial with Alodia Gosiengfiao. She even got a poster signed by Alodia herself. :D 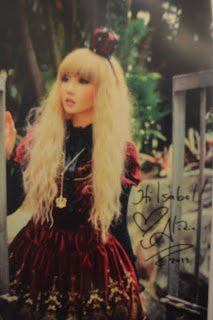 Daughter will write about her TOYCON 2013 experience but it may have to wait since tomorrow is the beginning of the school week. Will post her write-up asap. :)