By Edel San July 12, 2013
A few nights ago, I and fellow writers attended the cinema preview of Boses, The Movie at The Podium Cinema 2 in Ortigas. The film which was completed in 2008 according to Direk Ellen Marfil and already made the rounds of film festivals all over the world. It was also shown in some schools here in the Philippines since then as it is being endorsed by the Department of Education.

The film tackles mainly on child abuse, and a bit part on bullying. These two issues, I must say are still very rampant in our society today.

Through the film, it was shown that music can be therapeutic not only for the child victims but the adults as well. It also shows where and how can an abuse be reported. 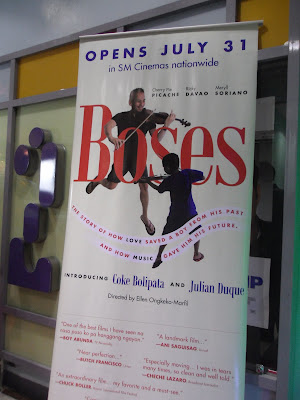 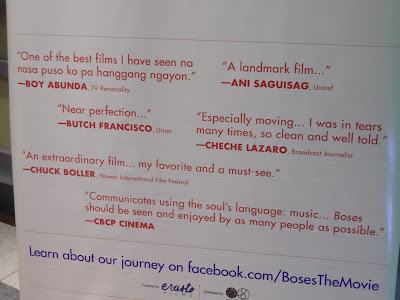 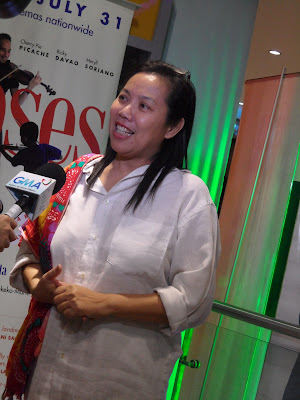 I have to say that some scenes are really quite disturbing so I wouldn't recommend this film to kids below 13 years of age without parental or adult guidance. But this is a very good film especially for us adults and young adults because it will open our eyes to the realities that our society is hiding. I mean, some people doesn't really want to meddle in other people's affairs even if they know that it is child abuse, bullying, etc. In other words, this film should make us stronger and courageous to report to authorities of such abuses.

The film will be shown in SM Cinemas starting July 31.