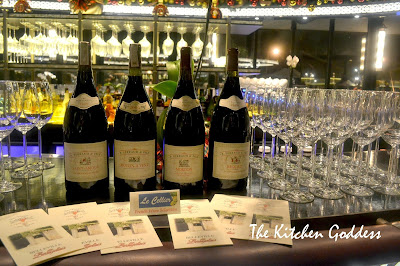 
Le Cellier and Hotel Sofitel teamed up last November 25, and invited some VIPs to the Beaujolais Wine Dinner at La Veranda. The dinner highlighted the wine selection from P. Ferraud & Fils and it was attended by no less than Monsieur Yves Dominique Ferraud, owner and 5th Generation winemaker of P. Ferraud & Fils in Beaujolais, France as the Special Guest of Honor. 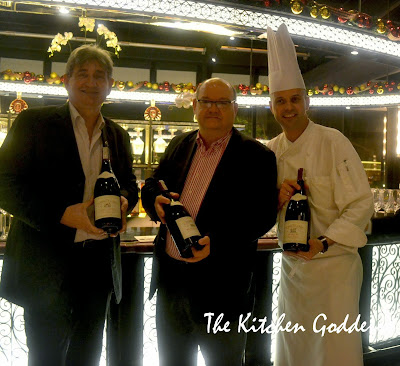 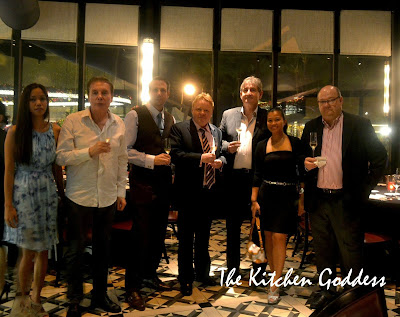 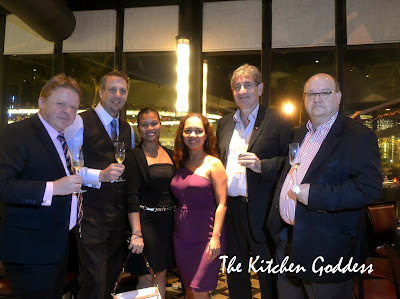 Wine connoisseurs with the lovely ladies of the night, Ms. Jorinda Flour of Le Cellier and Ms. Arabelle Jimenez of Ecrit-Com Inc., a PR & Communications Company 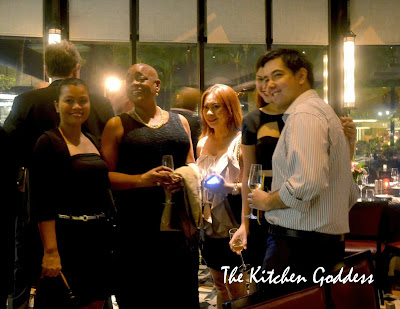 Ms. Jorinda Flour (left), Bus Dev. Manager of Le Cellier, and right beside her is Ms. Michelle Washington, a Theatre Professor at U.P. Diliman, with other guests 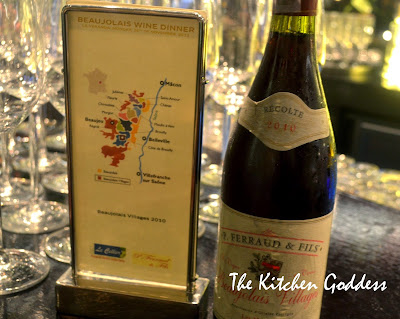 Beaujolais is a wine-producing region of France near Burgundy and Lyon. The region is also known for its lush vinyards and Beaujolais Wines that are made from handpicked Gamay Grapes. The vinmakers of Beaujolais pride themselves for handpicking their grapes instead of resorting to mechanical harvesting. The grapes are then placed in fermenting vats then sealed. No yeast is added because there's natural yeast found on the skin of the grapes. This process makes the wines in the Beaujolais Region much more special because of the natural process they use to make their wines. 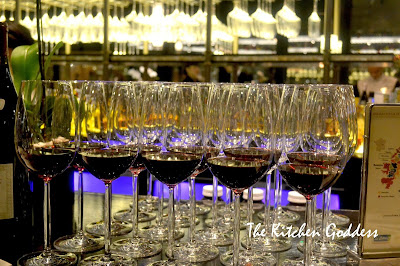 "Wine brings to light the hidden secrets of the soul, gives being to our hopes, bids the coward flight, drives dull care away, and teaches new means for the accomplishment of our wishes." - Horace 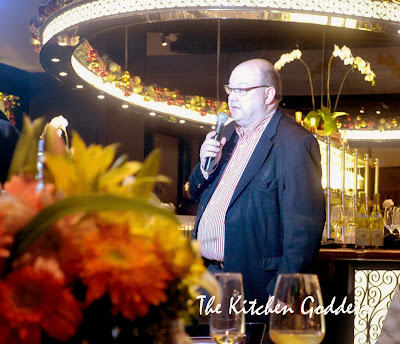 The vineyard of P. Ferraud & Fils goes a long way back to 1860. Monsieur Yves-Dominique Ferraud is the current owner and is a 5th Generation Winemaker. Aside from Beaujolais, other selection from P.Ferraud's wines are: Cremant de Bourgogne, Macon Villages, Macon Rouge, Brouilly, Chiroubles, Fleurie, Julienas, Saint Amour, Morgon, and Moulin a Vent.

Then there's also the famous Beaujolais Nouveau which is wine sold in the first month of vintage. Eighty million of Beaujolais Noveau are sold per year and it help boost the economy of the Beaujolais Region. It has also become a yearly tradition that after the harvest of the gamay grapes, there's a celebration to celebrate the new wine. Although the tradition started in the Beaujolais region, it was also adopted in Paris, and then other European nations followed suit until it crossed the Atlantic and then in Asia. The celebration of the Beaujolais Nouveau was finally set every 3rd Thursday of November in 1985 and it was simultaneously celebrated around the globe. 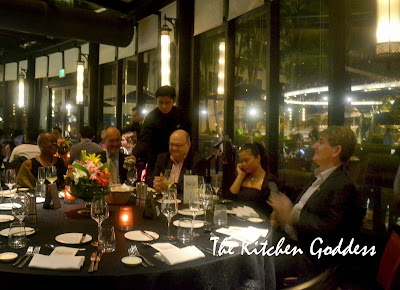 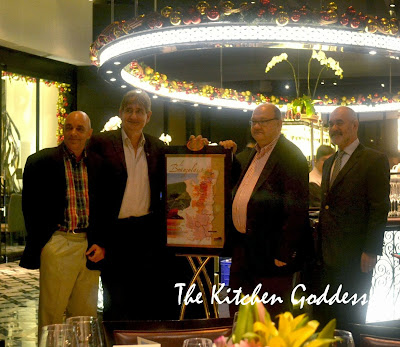 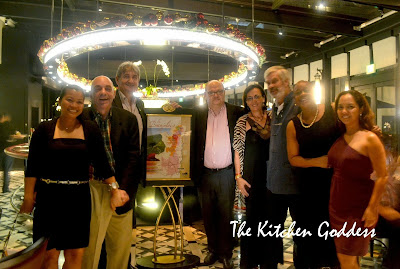 Here are the 10 things I learned about wine and wine-making from Monsieur Ferraud and Monsieur Flour:

1. The soil, climate, and wine-maker is much more important than the grapes itself
2. You can make white wine from red grapes. Simply remove the skin.
3. Different location or region in France has different kinds of soil so wines produced in different regions has its own distinct flavor.
4. The oldest vine at Monsieur Ferraud's vineyard is 80 years old.
5. Sunlight is good for the grapes so that it will produce more sugar.
6. Some of the Beaujolais wines are fermented to a maximum of five years.
7. The wines are named after the regions in which they are made.
8. Gamay is a red grape but has a white juice.
9. Chardonnay is white grape.
10. Oxidation is very important for taste. Once a bottle is opened, it should be drank within the day. 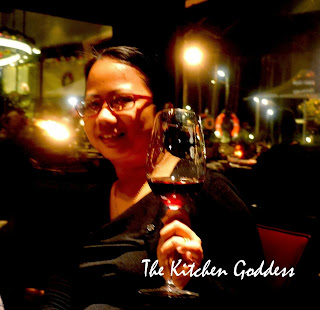 That's me with my glass of Brouilly. Sante'!