By Edel San January 31, 2015
My trip to Cebu was really more on a foodtrip than sightseeing. Well, I've been to Cebu several times already and I've seen the popular landmarks so this time around, the thrill is in finding new restaurants. Luckily, my former officemate whom I haven't seen for more than a decade (close to two decades actually), also happen to be in Cebu. So we were suppose to schedule a dinner date, but because he's there on official business, we agreed to have late lunch instead. 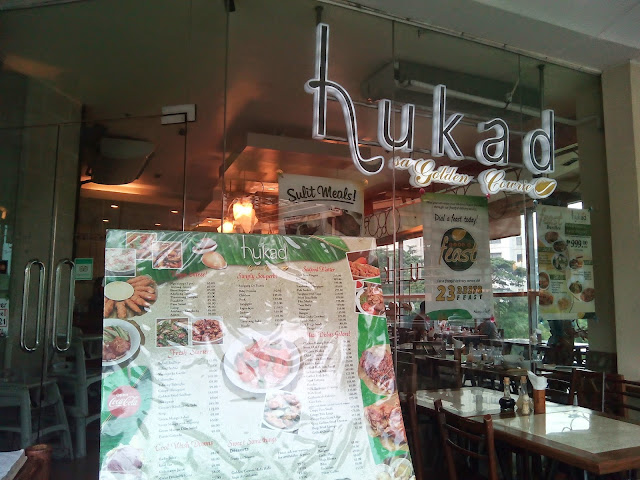 I suggested Dessert Factory, he suggested Casa Verde. When I said yes to Casa Verde, he suddenly said "hukad." Say what? I thought he's speaking to me in Cebuano. It turns out, Hukad is the name of the restaurant- hahaha. 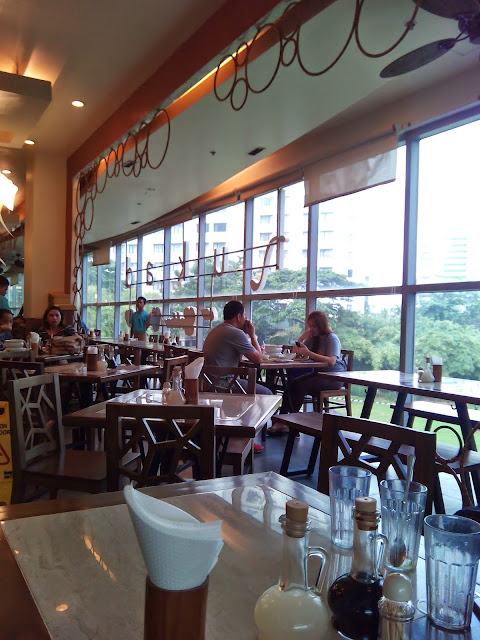 Since it was way past lunchtime when we met, the restaurant has only a few tables occupied. Its located in Ayala Terraces, by the way.

He took charge of the food since he already dined at Hukad and liked the food there.

Ginataang Langka. The langka (jackfruit) is cooked in coconut milk so aside from being tender, its creamy. It also has just the right hint of spiciness. We both stopped eating rice so having a spicy dish is a no-no. For me, anyway. 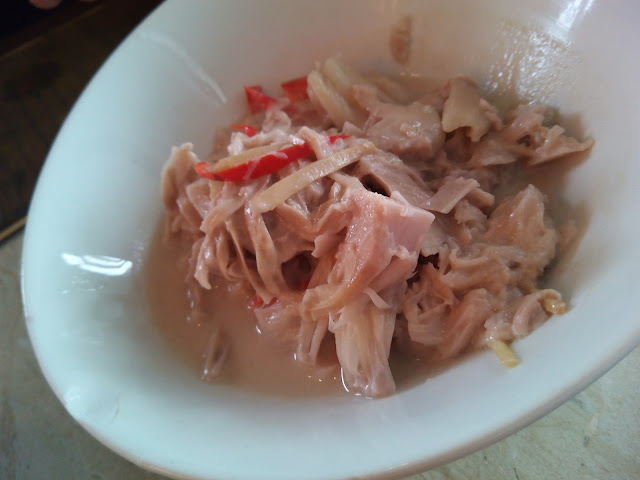 Pinakbet. Doesn't taste like the shrimp-salty pinakbet of Northern Luzon and Manila) but this pinakbet has a character of its own. I really can't quite pinpoint the difference since I just ate the ampalaya (bitter gourd), but it taste good and light on the tummy. 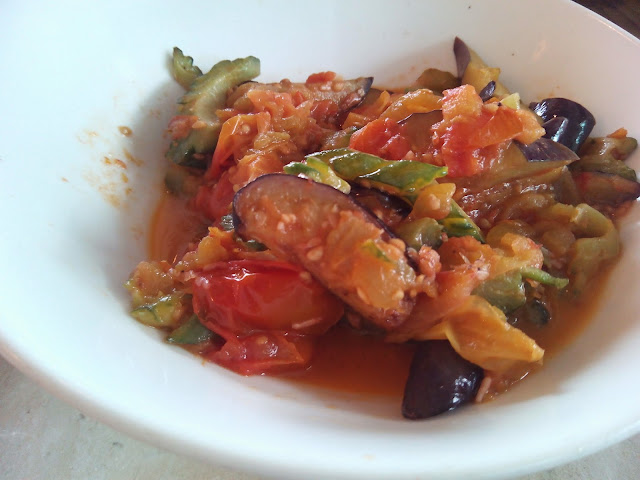 Ngohiong. This I ordered from the menu. I've been a fan of ngohiong since 2008 I think. I always crave for it whenever I'm in Cebu. However, some seem to be lacking in taste and spices. The ones that I like are from Guadalupe area. This one tastes okay though. 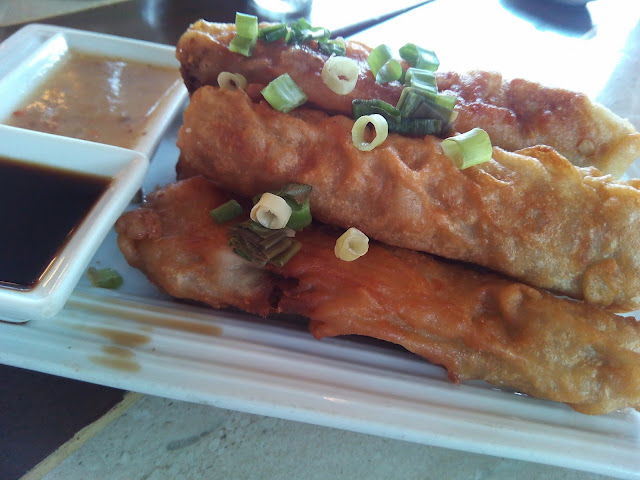 Grilled Bangus. This is a huge bangus and tastes fresh and juicy. Pairs nicely with the achara but you need to ask for extra serving since the achara portion is "konti." 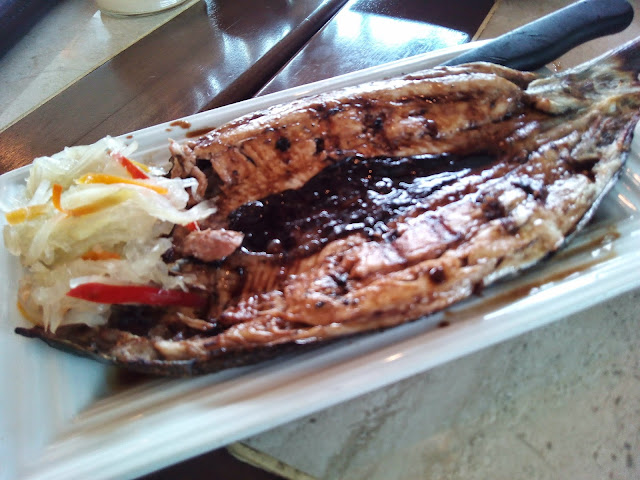 That's me and my friend, looking "busog" already. We decided to skip dessert here so that we can go somewhere else. Stay tuned! ;) 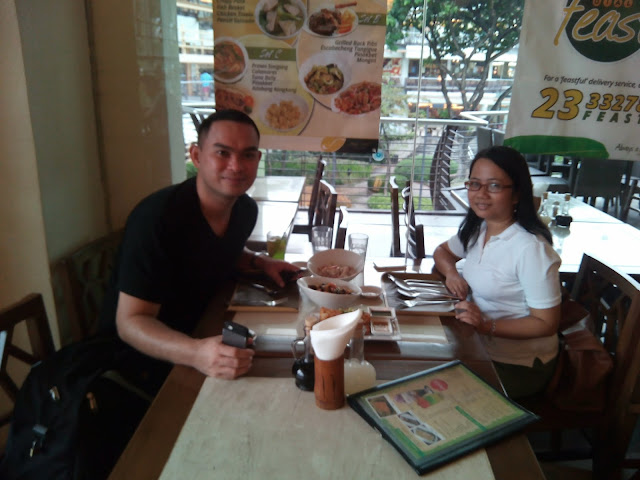