By Edel San July 03, 2015
Have a taste of Burnt Ends, Yours Truly, Per Se, Noma at Chef Jessie Rockwell Club as it features Chef Jeff Claudio as its Guest Chef from July 3- 10, 2015. Allow Chef Jeff to mesmerize your palate with his bewitching dish creations.

The first thing that comes to my mind when I was given this dish was that--- "its so plain!" I was also having doubts on what it tastes like. This dish made of snapper and squid, with some onions, and noodles, and coconut milk. But looks can be deceiving ... 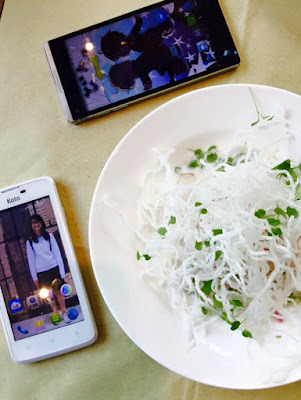 Chef Jeff Claudio didn't dream of becoming a chef. In fact, he was awarded a golf scholarship in Canada because of his mean swing. But serendipity happened thanks to his cousin, Chef Jessie Sincioco, who always excitedly prepare meals for him and his family whenever she visits Canada.

Presently, he is the Head Chef of Burnt Ends, Singapore and former Head Chef of Yours Truly in Toronto, Canada. He also worked for Noma in Coppenhagen and Per Se in New York.

Beginning today till July 10, experience a fusion of flavors and culinary expertise from Chef Jeff at Chef Jessie Rockwell Club. 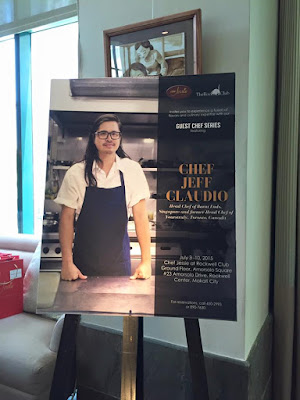 Clams Calamansi Kosho. Fresh clams with kosho paste with the tiniest hint of calamansi. A nice blend of flavors from the sea, calamansi, and kosho. Daughter enjoyed this so much. 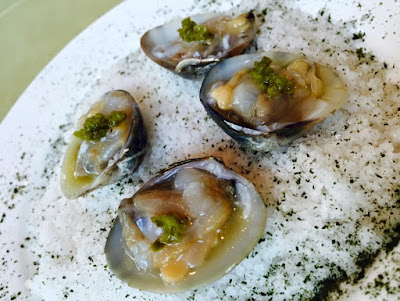 Pork Croquette and Gribiche. This is quite filling and not oily. Although the croquette is already flavorful and doesn't need any sauce, pairing it with the gribiche will make you want to eat more. ;) 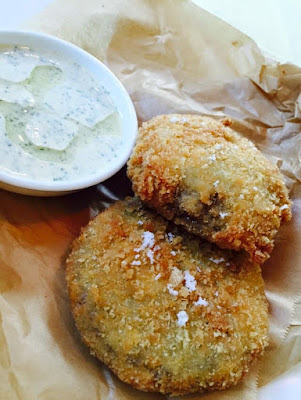 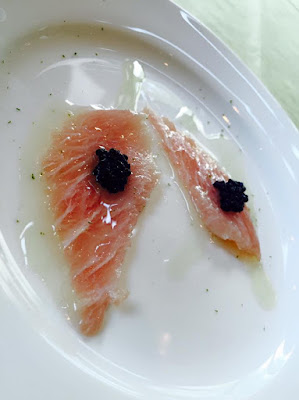 Snapper and Squid "Leche Tigre." So I thought it plain and uninteresting but this ceviche tasted so divine in its simplicity. I mean, there's poetry in it, believe me. The noodle was crunchy but I mixed it with the juices until its soggy. The fresh squid and snapper lent its natural sweetness to bind the flavors together. 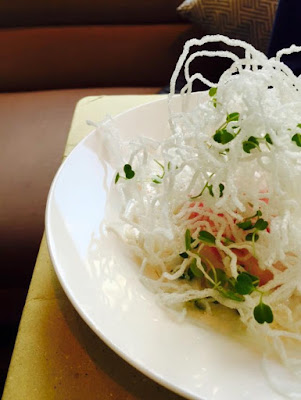 Endive and Banana Heart with Pomelo and Walnut. The first thing that comes to mind when I tasted this was "ensaimada." I guess its the cheese. 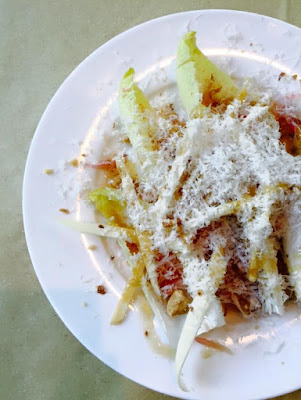 Grilled Sugpo with Mentaiko Butter and Chives. The prawn looks small on the photo but this is quite filling. I love the mentaiko butter. So rich and perfect for the prawn meat. I also dipped my bread rolls in the sauce. Yum! 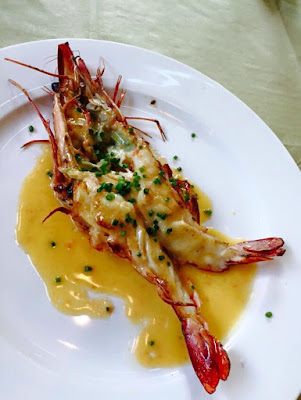 Cape Crim Beef with Carrot and Tamarind Puree topped with Fern and Watercress. The beef is underneath the watercress and fern. I just don't know why its too shy to be photographed. ;) Daughter and I both love beef so we give this dish a thumbs up. I love that the beef is the melt-in-your-mouth kind-of-beef and not the tough one that's hard to chew. 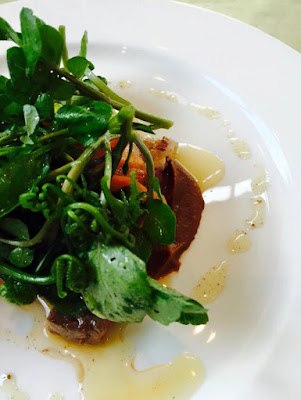 Almond, Rice and Coconut. This is Chef Jeff's version of almond jelly although his "jelly" is similar to taho. 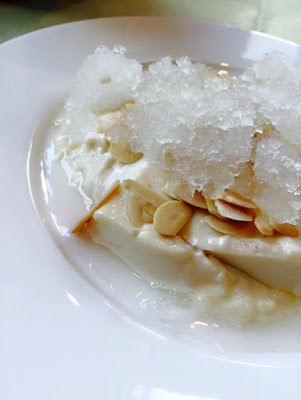 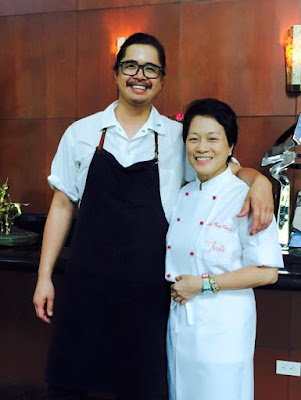