By Edel San September 30, 2015
It was a bright and sunny day when we arrived in Boracay so after settling down in our rooms at Azalea Hotels & Residences, we were driven to D'Talipapa. We all find it amusing though because we all thought that D'Talipapa is far from the hotel but its just nearby and maybe 5 minutes walk from the hotel.

Our host, Ms. Jo of Azalea chose Beach Camp. The restaurant, or rather the "paluto" place is similar to the "Dampa" along Macapagal Avenue in Pasay. Lucky us, its not tourist season so we had the resto all to ourselves. I asked Ms. Jo what's the specialty food of Boracay and she said- seafood. 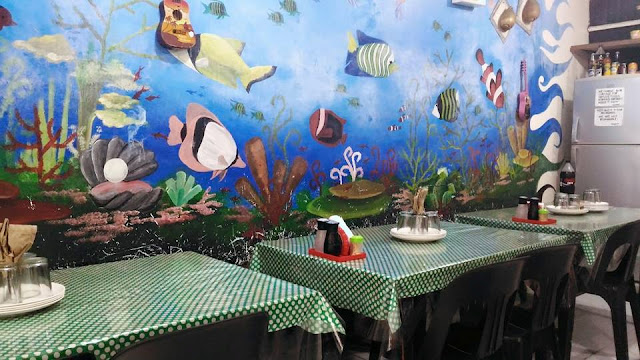 I haven't eaten in Dampa for quite some time now so I was excited. Not to mention that this would be my first meal in Boracay so I was really looking forward to what we're going to eat for lunch. Haha, I sound hungry already. 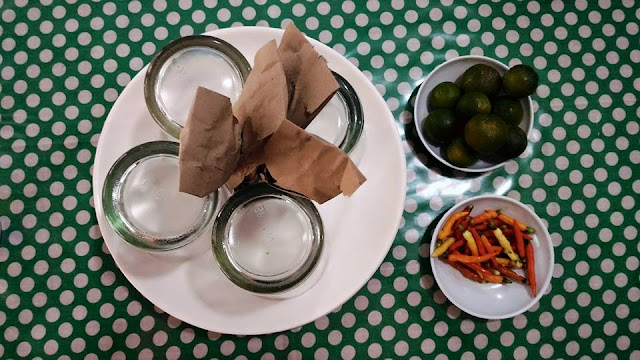 Here's a nice photo of some sili. I added a sili to my soy sauce dip and it sure is an appetite booster, hungry or not. 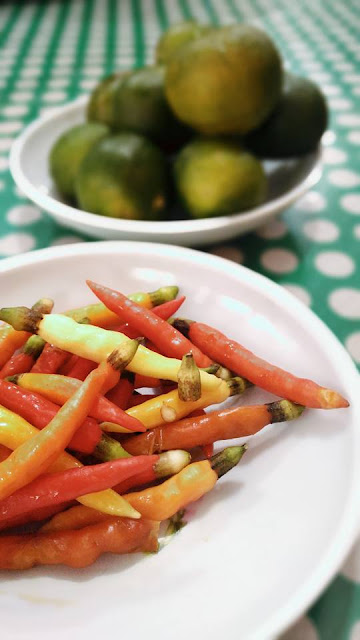 We were served prawns in butter sauce. Yum! 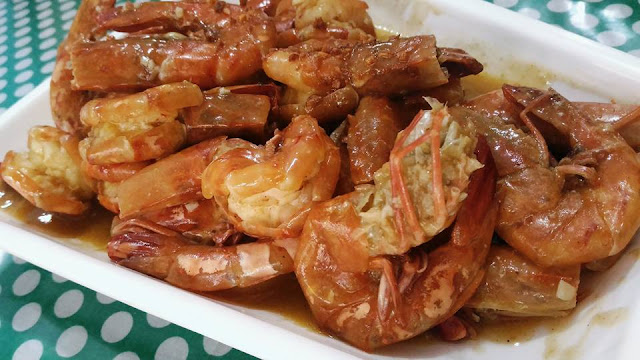 And a plateful of inihaw na liempo. 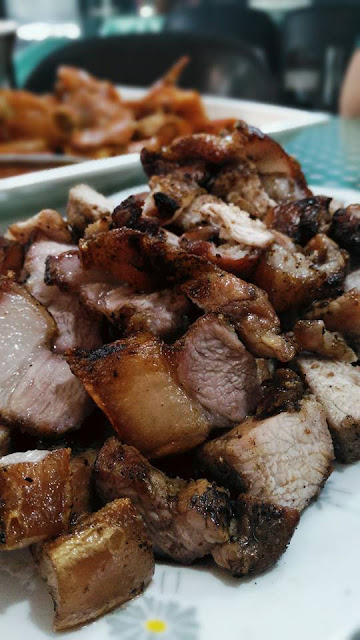 For soup, we had fish sinigang. The sinigang warmed our tummies, making us eager to eat more. I think I had two bowls of soup minus the fish. I know the fish looks delicious but I am in mortal fear of fish bones! No kidding :( 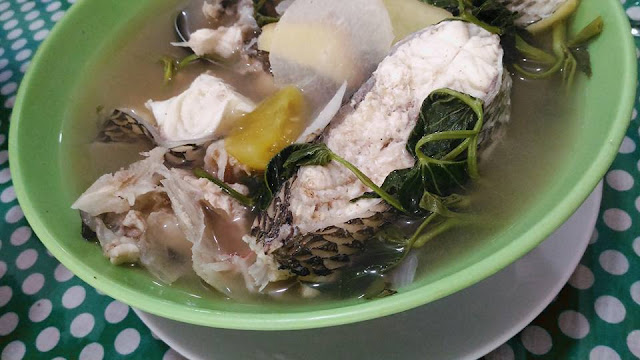 Inihaw na talong with tomatoes, onions and bagoong. We were also served salted egg with tomatoes and onions but I wasn't able to take a photo because it was so good I finished a whole plate. 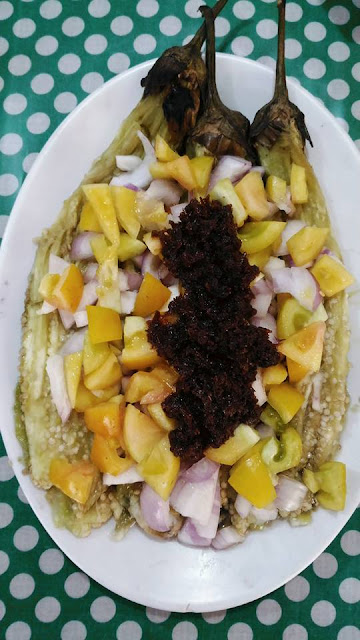 And to wash down what we ate, we had several bottles of soda. 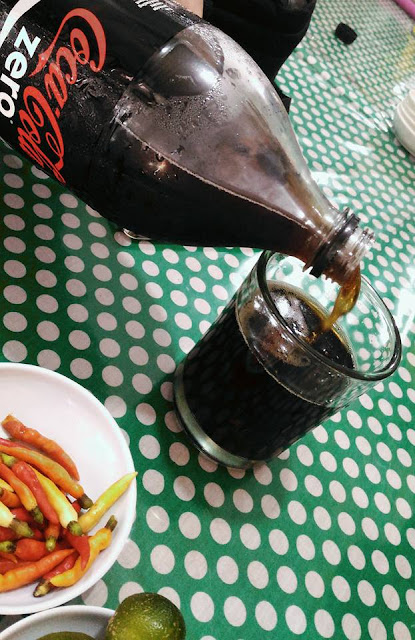 I'm saving the best for last. Diwal is a kind of shellfish that can only be found in Roxas and maybe in some other parts of the Visayas. It is also known as Angel Wings Shellfish. The shellfish was grilled and the shell itself becomes brittle because of the flame. The meat inside was softer than that of mussels (tahong) or clam. It has an elongated shape also. Taste is sweet and not briny as I was expecting it to be. I dipped it in the spicy soy sauce and it tasted heavenly- haha. Angel wings shellfish. ;) Kidding aside, this is a must try if you are dining in Boracay. I guess having it cooked in soup will also result in a memorable dining experience. 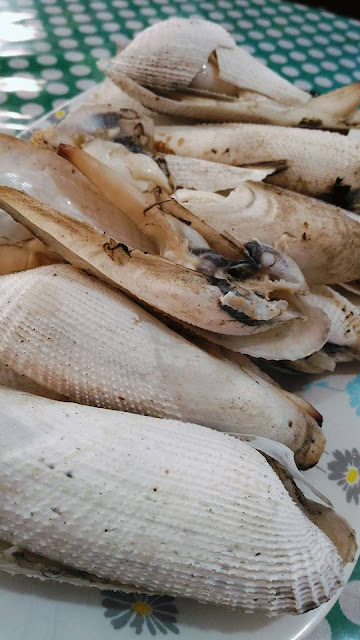 Here's us, the Azalea Team while waiting for our "paluto" lunch. And there's AlDub showing on the tv mounted on the wall. Guess who's super addicted to AlDub? ;) 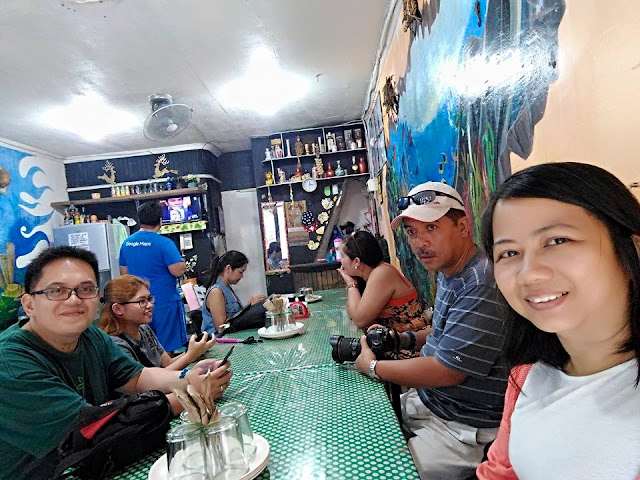