By Edel San January 18, 2017
Got invited to try out the latest Chinese restaurant at the newly opened West Wing of Marriott Hotel Manila early this month and we got treated to the Special Chinese Lauriat that Man Ho will be serving on Chinese New Year. 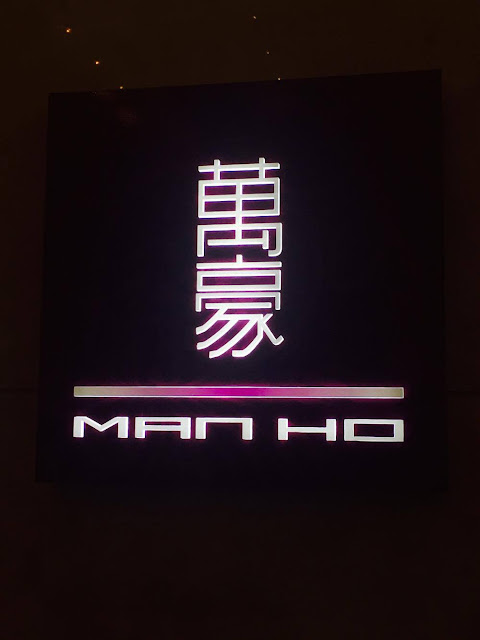 Man Ho has very nice interiors that is both posh and relaxing. Aside from the dining area with circular tables (good for 10 pax), it also has two private rooms for an intimate dining experience, parties, or even meetings. 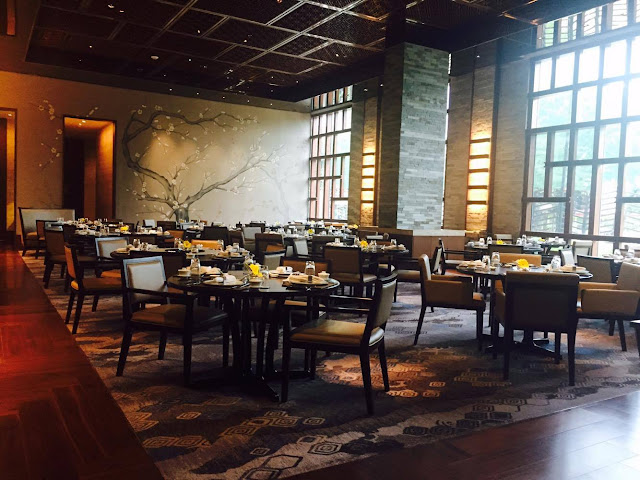 Marinated Black Fungus. Stir-fried mushrooms that also doubles as a conversation dish while waiting for the rest of the dishes to arrive. 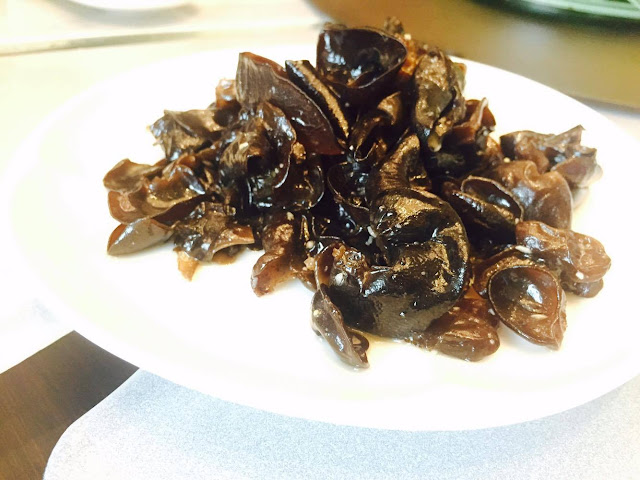 Marinated Radish. Crunchy radish that tastes refreshing and is a nice palate cleaner especially if you have eaten a lot of meat from the assorted barbecued meat plate. 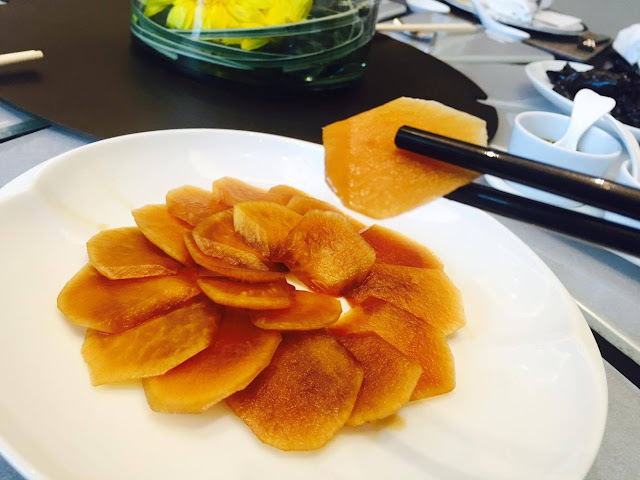 Braised Dried Oyster with Garlic and Vegetables. I was a bit hesitant to try this dish since its my first time to eat dried oyster but I survived! Texture is grainy but very meaty and flavorful akin to chewing a big, plump oyster sans the juices when you eat it fresh. Except for the taste, eating it is similar to that of liver (texture). This is an acquired tastes though so one piece is enough for me. 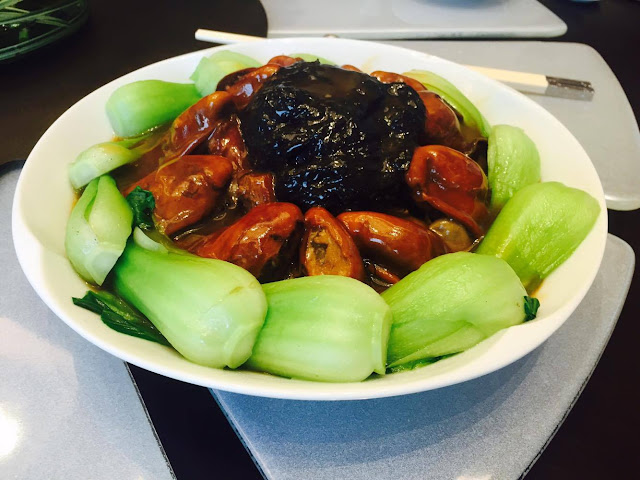 Assorted Barbecued Meat Combination with Suckling Pig. My favorite here is the suckling pig skin which was very crunchy, and the jellyfish. The steamed pork is also quite good especially if you dip it in Man Ho's special chili sauce. 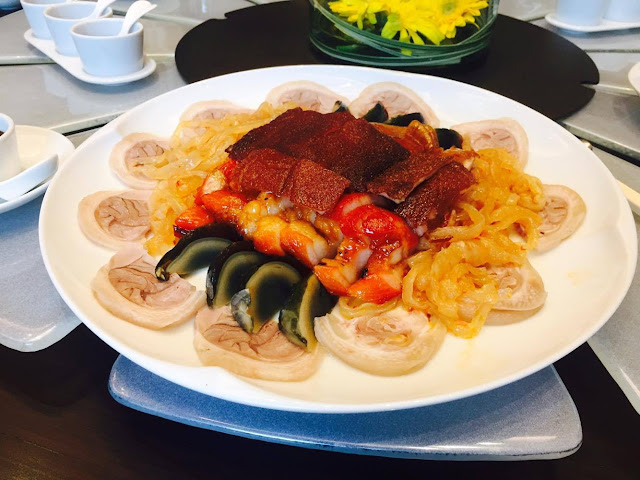 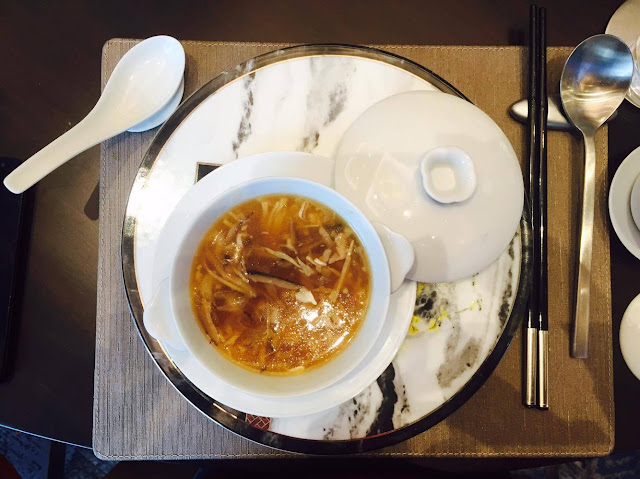 Sauteed Clam Meat and Sliced Chicken with Celery in Chili Sauce. This is one of my favorite dish in the lauriat. And its not that spicy so you can still add some chili sauce. The chili sauce by the way, was really, really good so don't forget to try that when dining at Man Ho. 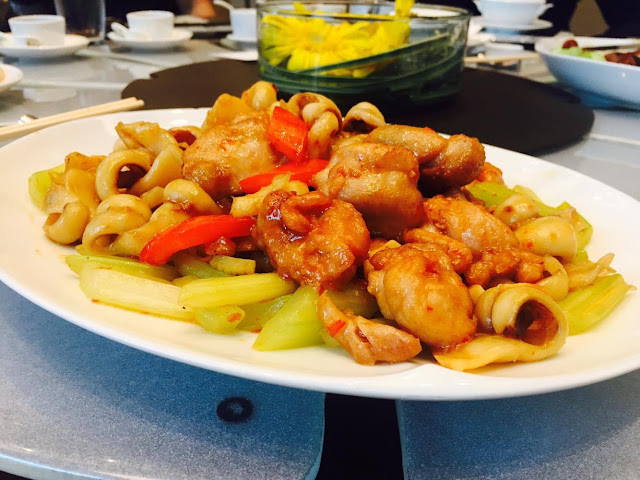 Steamed Live Tiger Garoupa Fish. I love seafood, fish included. ;) This steamed lapu lapu is not just fresh, but was alive prior to being cooked. I can really taste the difference from my previous steamed fish experience. The meat is firm and it has a smooth texture and sweet, clean taste. It was brought to our table whole and we requested to have it deboned at the table also. 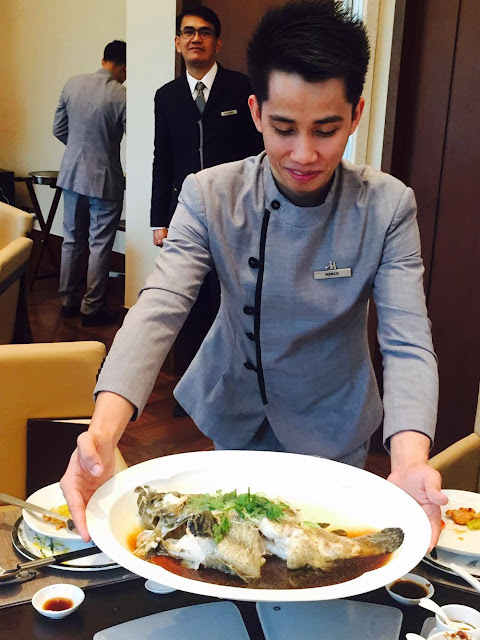 Deep Fried Crispy Chicken. Yum! Although after feasting on the other dishes that came before it, I only had room for a small piece. 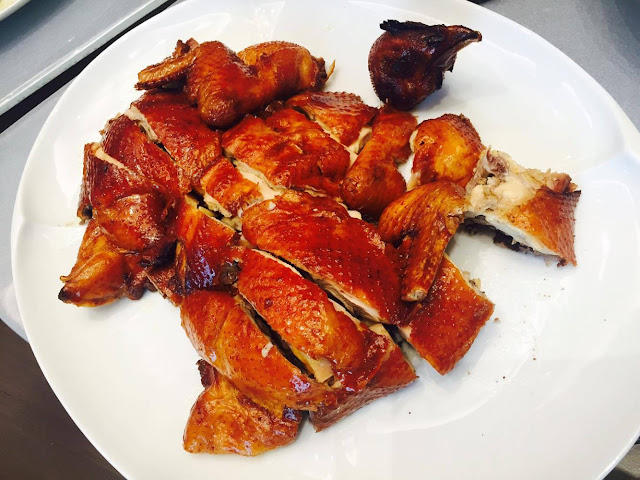 Crab with Baby Pechay. Crab is love and so this dish is. Very light on the tummy and a nice dish to balance out the oil from the previous dishes. 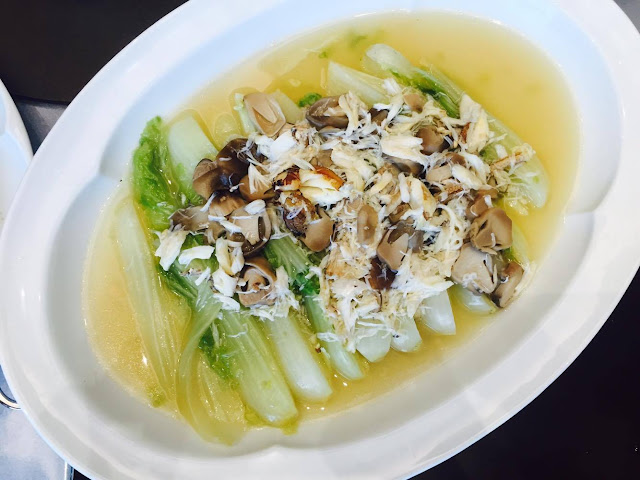 Fried Rice "Fujian" Style. This rice looks very filling! I tasted the meat and seafood and it was very flavorful. 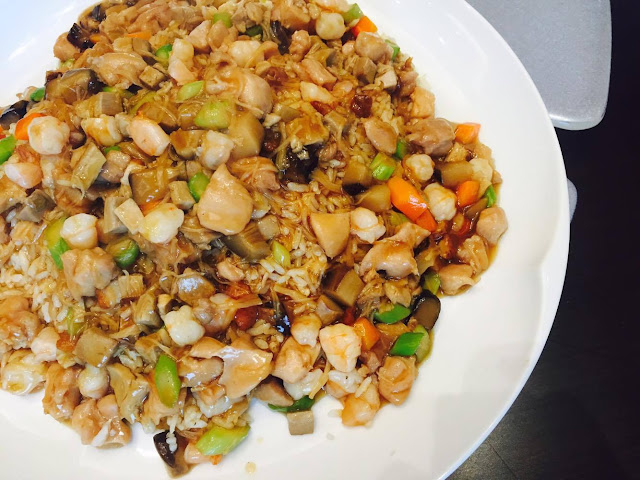 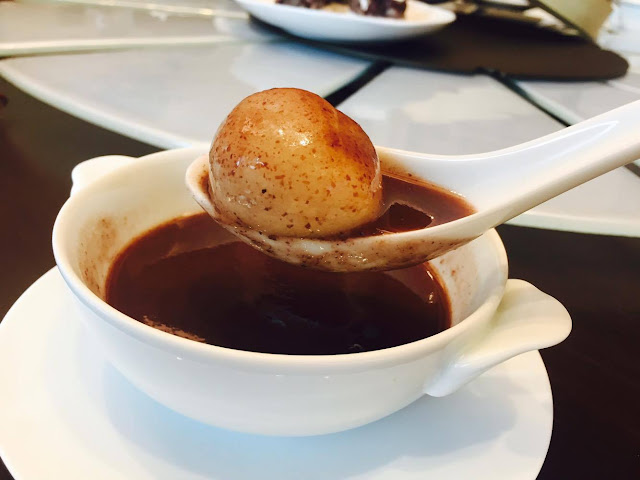 Steamed Custard Bun with Egg Yolk. This is LOVE. It was love-at-first-bite for me and the egg yolk filling tastes heavenly! I would've eaten more had I not been too full from tasting the rest of the lauriat. Best eaten while its hot. Don't bother taking lots of photo because it will just ruin the taste if it gets cold. Two thumbs up for this. 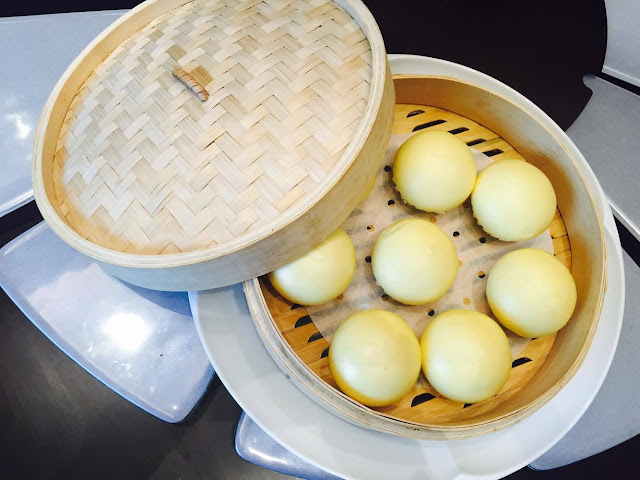 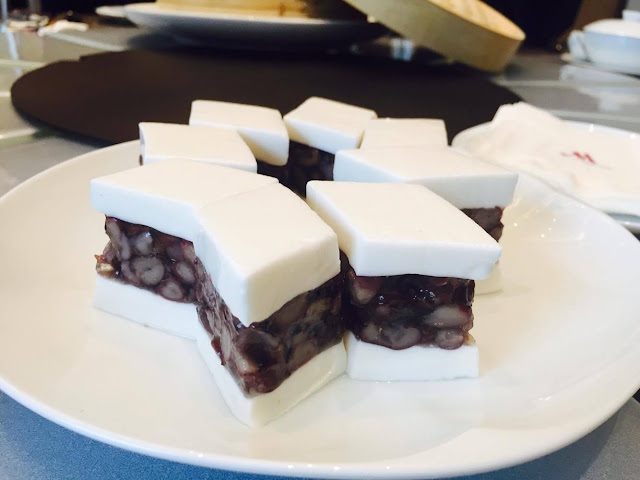