By Edel San January 15, 2014
We happen to visit Powerplant Mall after avoiding the place last December due to traffic and was surprised to discover that Eric Kayser was already open. Maison Kayser turned traditional bread into a work of art. He opened his first store in 1996 in Paris and has expanded to major cities around the globe including Hong Kong, Japan, and now in Manila. 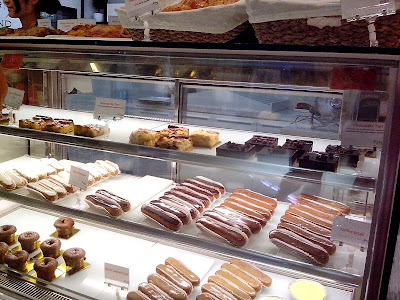 The store in Powerplant Mall is located beside Rustan's Marketplace. I would have passed it by if not for the big orange sign. That's when I saw the eclairs! 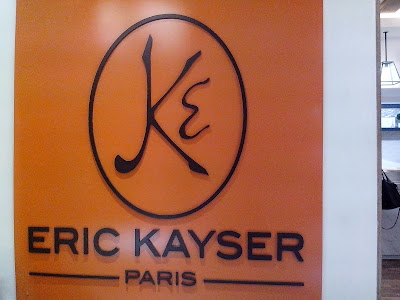 It was already passed 7pm when we saw the shop so most of the breads were sold out already. 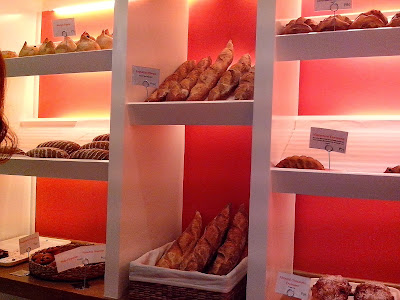 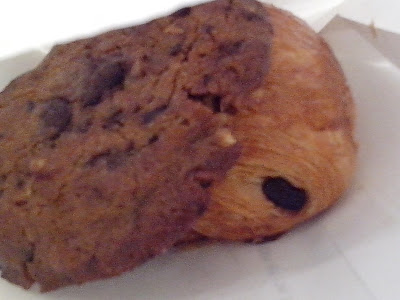 Salted Caramel Eclair. This is mine, all-mine! lol .. Ate this at home. Really, really good and its worth the P120 price. Note to self: go back to Powerplant asap and hoard salted caramel eclairs. :D 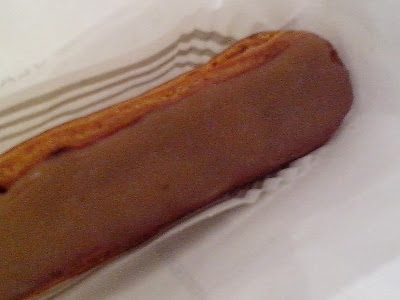 PS. The store is still on its soft opening so they're still fixing things there. But that's okay since you'll be after the cookies, eclairs, breads anyway. :)