By Edel San March 03, 2015
Hubby's been craving for some authentic Korean food so we found ourselves going to Malate, Manila to satisfy his tummy. His current favorite Korean resto is Korean Palace.

Like all other Korean restaurants, ban chan (side dishes) is served as soon as the customer sat down. We were given eight choices (pickled ampalaya, sayote, potato, beansprouts, radish kimchi, baguio beans, spicy dilis, and cabbage kimchi). I particularly liked the spicy dilis and ampalaya. 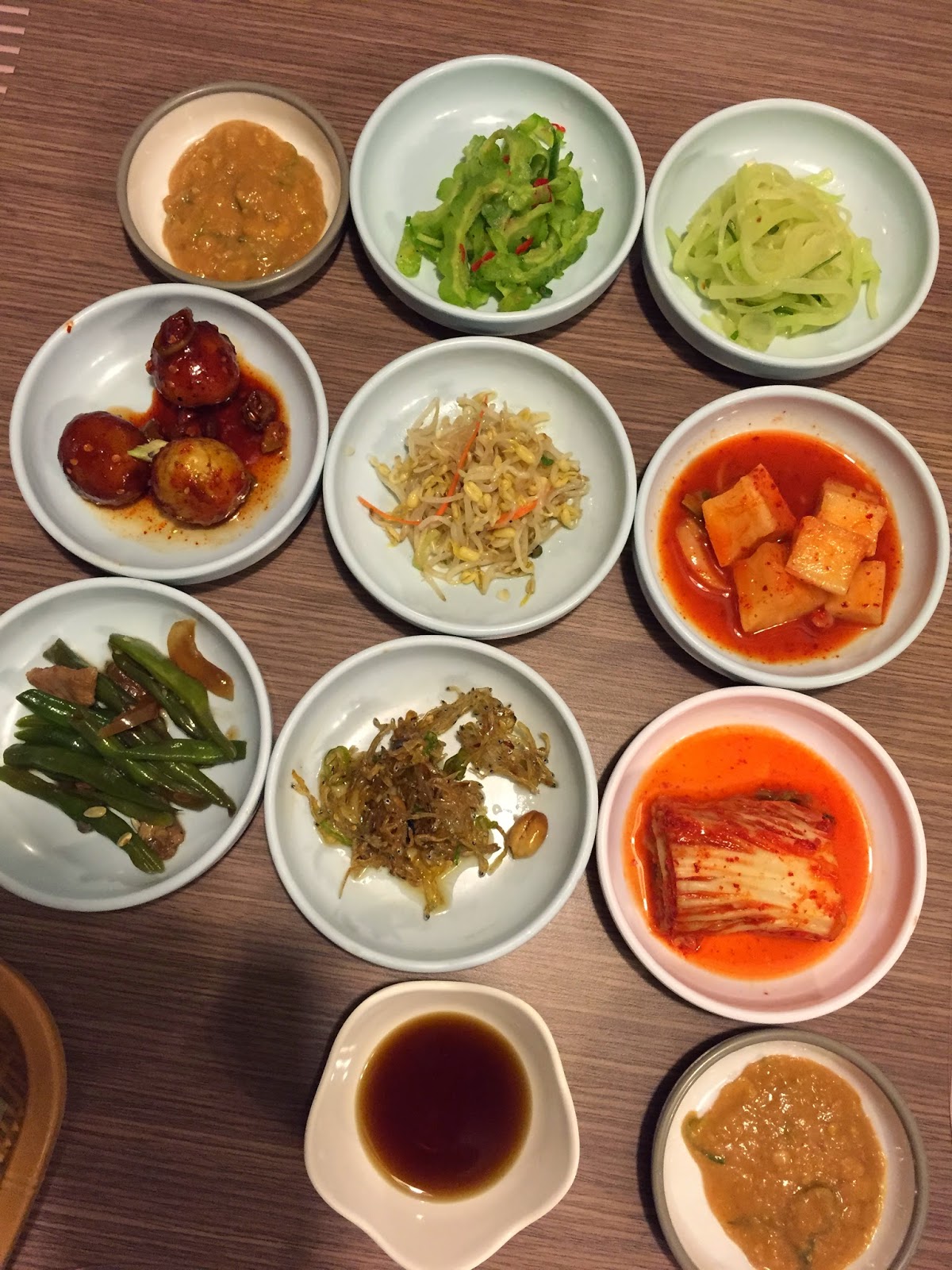 This is one of the oldest Korean restaurants in town and has its own loyal patrons including tourists. The restaurant is a favorite place of families, groups, couples, and even lone diners. 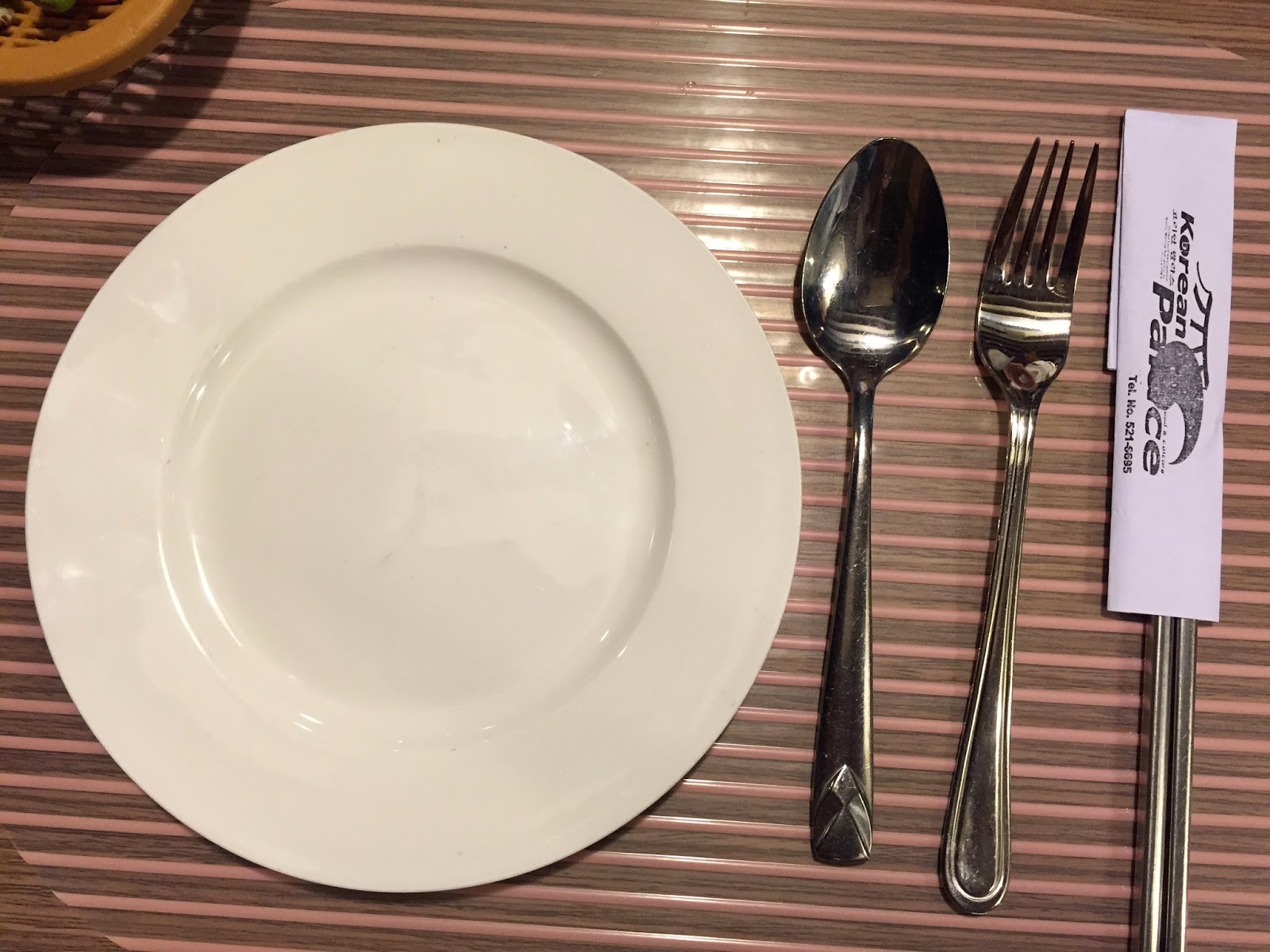 We wanted to order squid for grilling but the staff suggested that we get this sizzling squid instead. For the same price, it has vegetables already and serving portion is the same. Thumbs up! We requested for the dish to be mildly spiced since daughter is not fond of spicy food. The squid was super tender and this is really a great tasting dish. I just can't seem to remember the name. 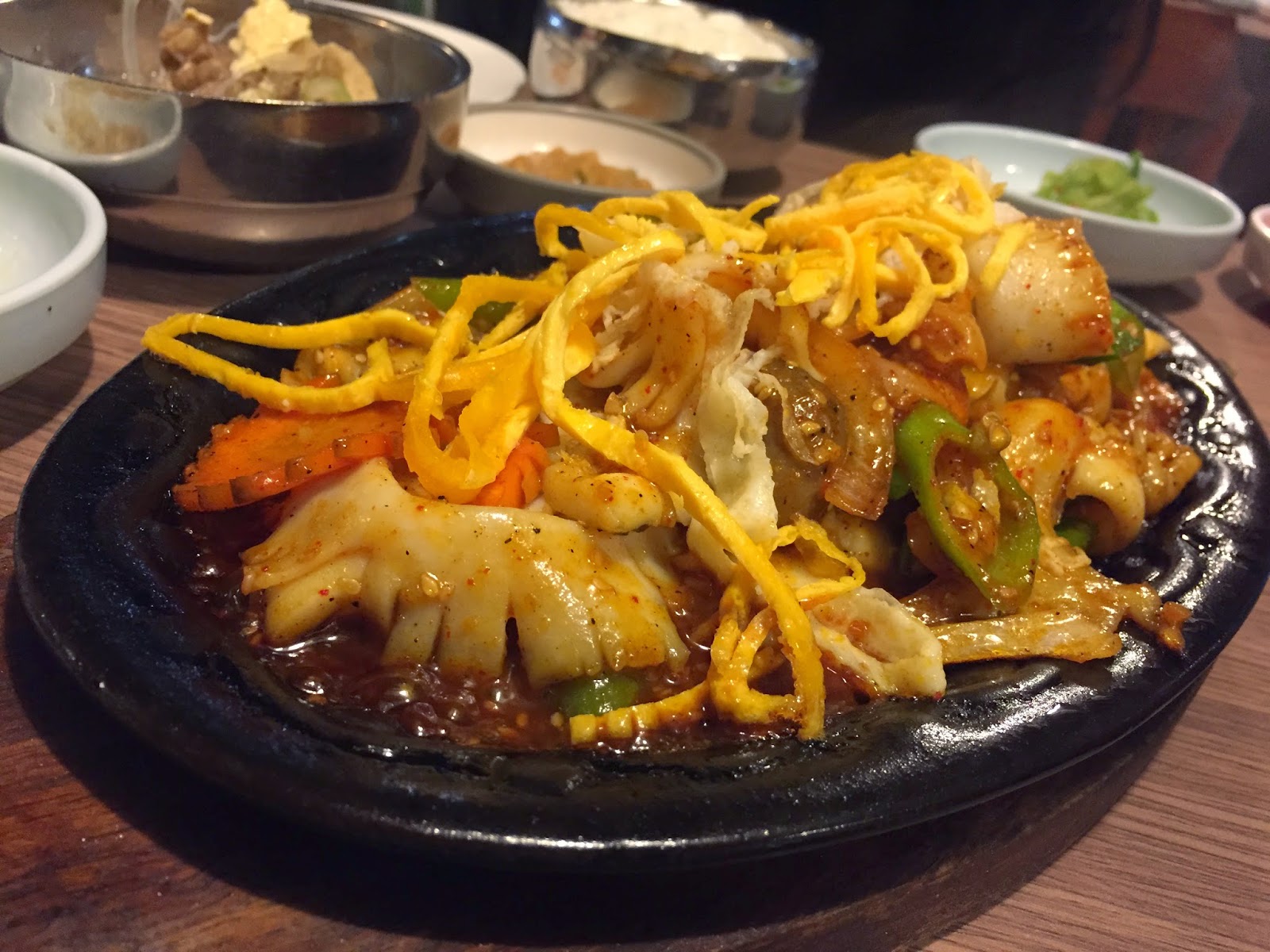 Galbi Tang. Hubby's favorite Korean dish. Its basically beef bulalo soup with some noodles. Serving is good for 3 pax and has generous chunks of tender beef. This is not spicy. Thumb up! 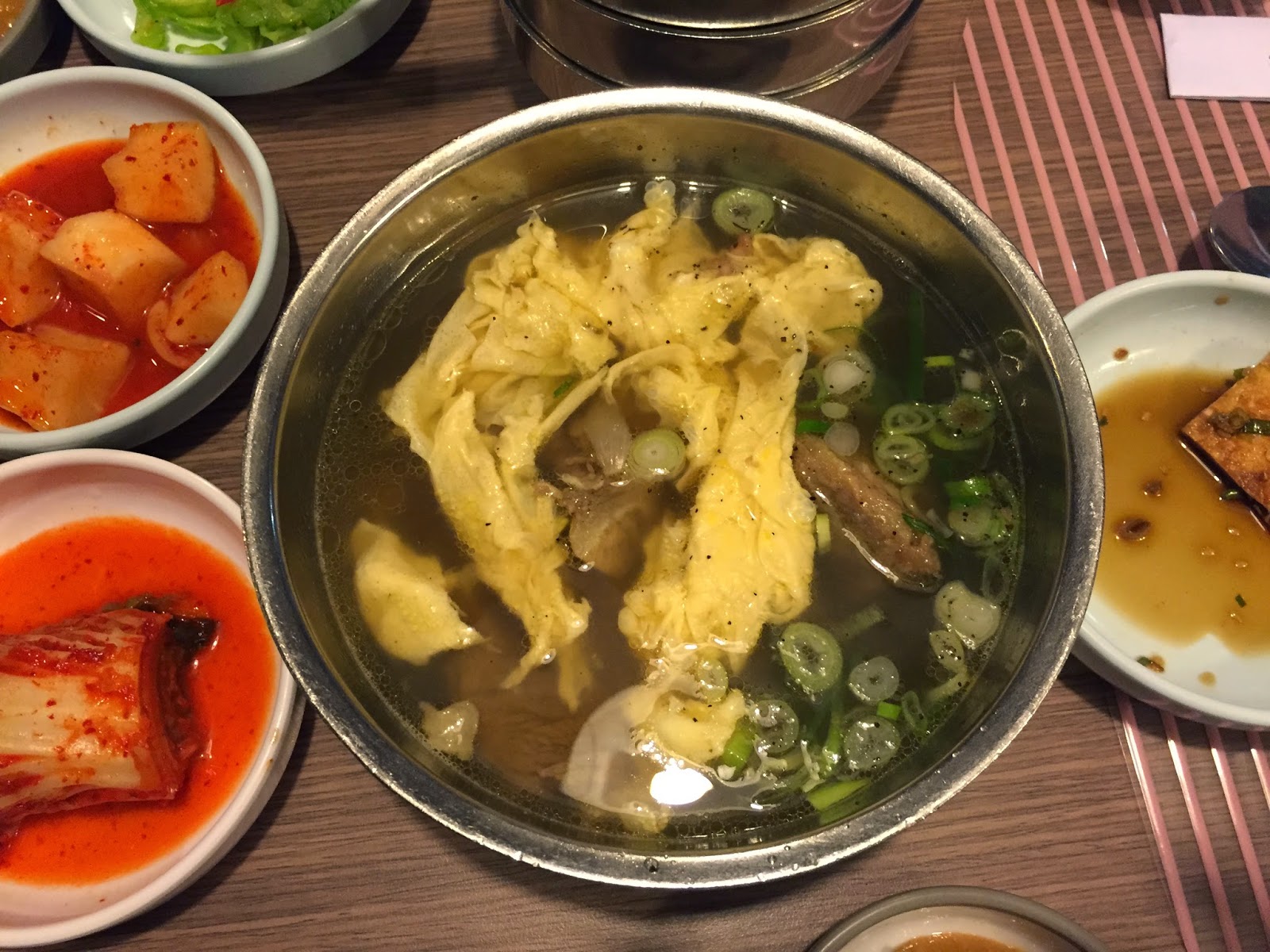 Beef Bulgogi. We have the option to grill this ourselves but I just requested the staff to grill it for us- hehehe. It comes with a basket of lettuce, and bean paste. You can also include kimchi from the ban chan inside the wrap. Yummers!!! 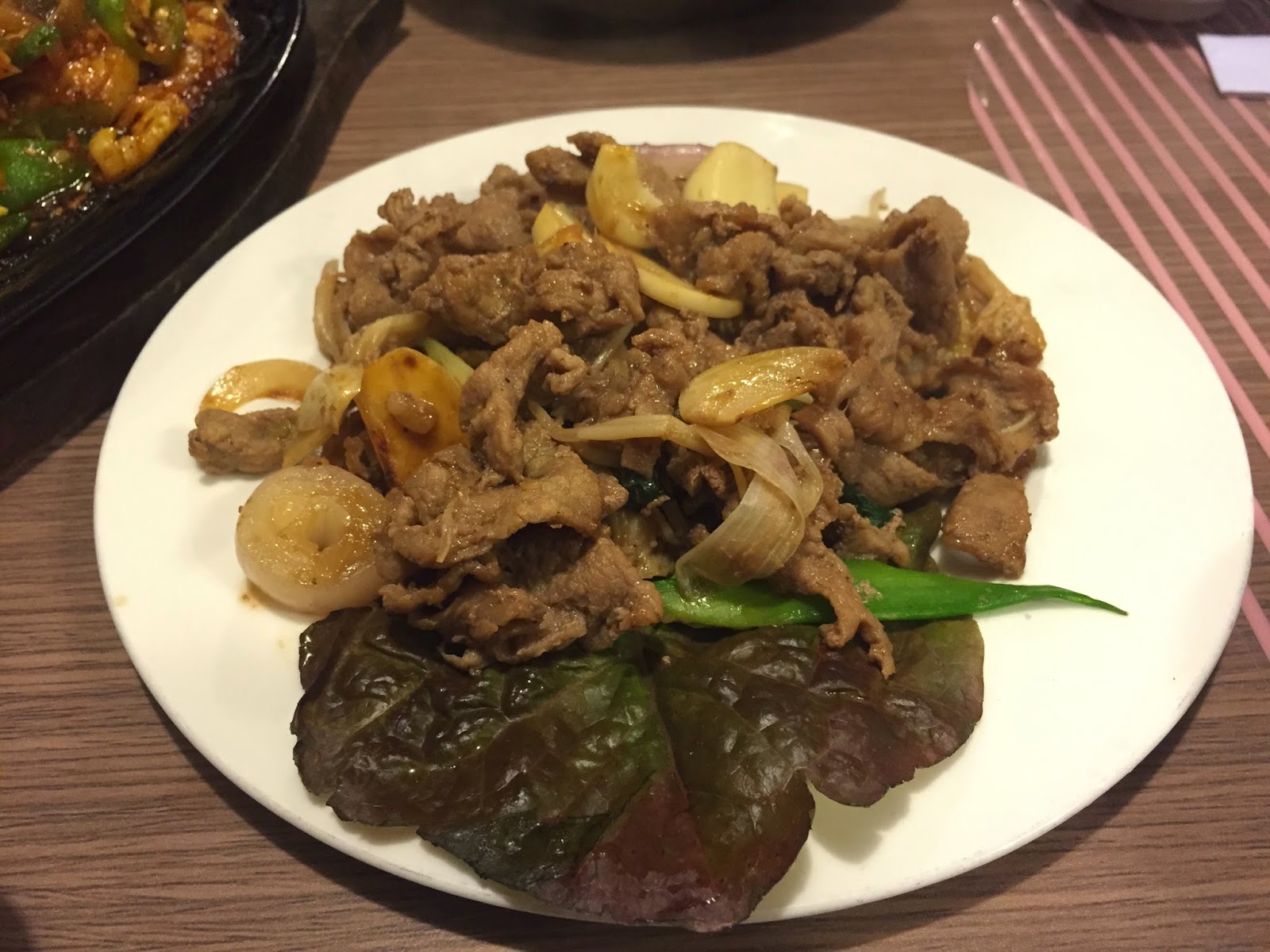 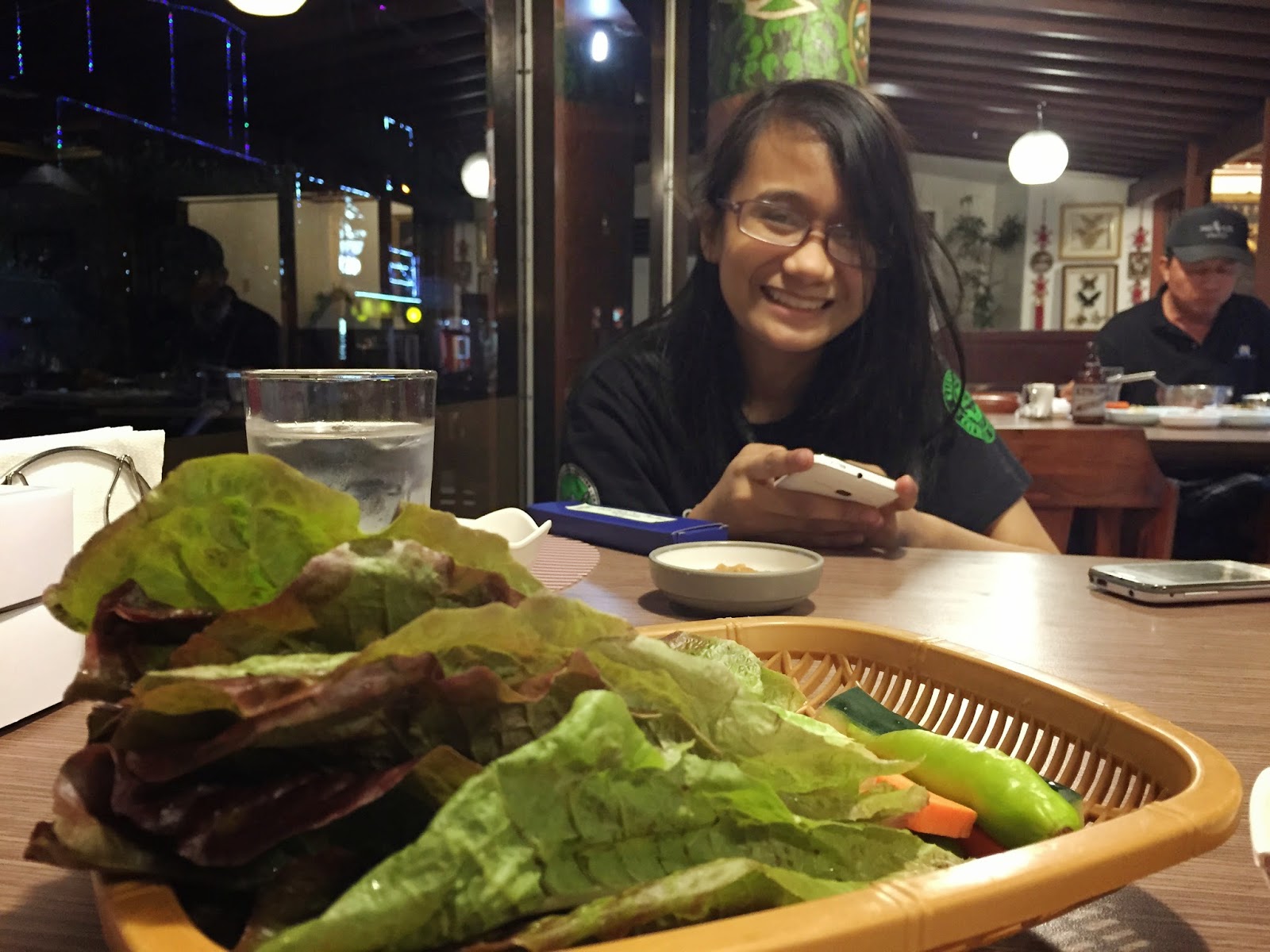 They don't have any dessert on the menu but we were given complimentary apple slices. The last time we were there, we got watermelon and apple slices.