By Edel San January 15, 2015
Crystal Jade is an international franchise that has branches in more than ten countries including the Philippines. The restaurant is well-known for serving authentic Cantonese dishes with a modern twist. The distinct flavors of herbs and spices that is akin to good Chinese food is carefully presented in each of Crystal Jade Dining IN's dishes. 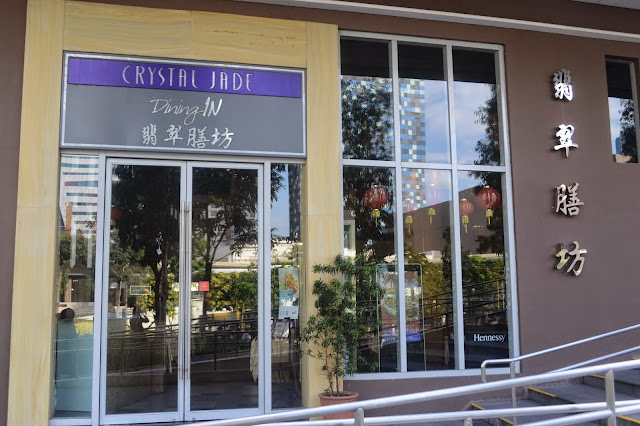 This is my first time to dine at Crystal Jade Dining IN in BGC although I've been to their branch in Greenhills. However, the Greenhills branch serve mostly dimsum (xiao long bao!) as compared to the BGC branch which has a fine dining set-up. The restaurant is very spacious and has a function room and some tables that offers privacy for guests who prefer to have intimate lunches or dinners.

Roasted Peking Duck. Peking duck is Peking duck so there's no need to contest that its not delicious. They serve this in two-ways. First served is the skin wrapped in bread. Yummy! The skin is carefully removed from the meat and sliced into rectangular pieces which is then placed on the round (pita) bread and garnished with cucumber slices and spring onion(?) then hoisin is added before the bread is rolled. You can also opt to eat the skin as it is sans the bread if you feel like it. 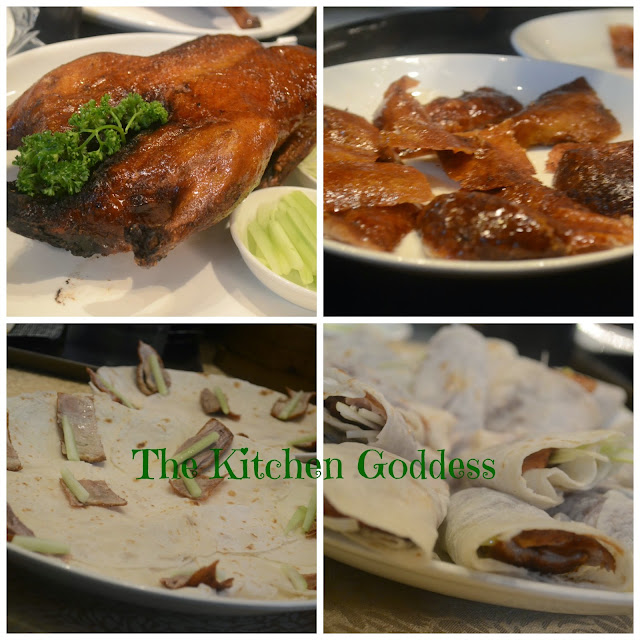 Crystal Jade Dining IN's Master Chef created a new line up of exciting dishes and we got to try it first- yey! The following dishes will be included on the menu in time for the Chinese New Year and will be offered the whole year round.

Double-boiled Fish with White Fungus and Papaya. The broth is very flavorful, the sweet papaya brings out the fresh taste of the fish (mudfish). However, the fish is not the boneless kind so be careful. 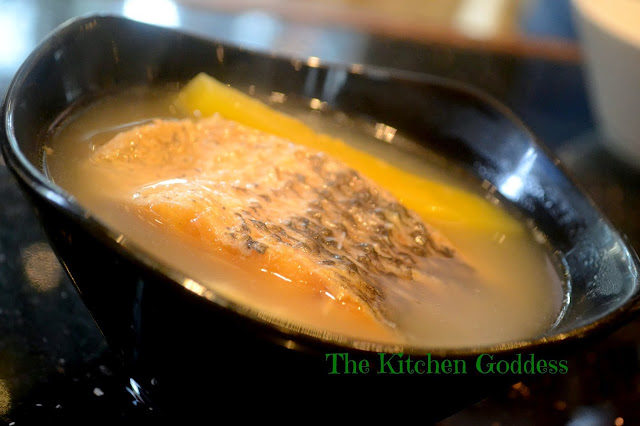 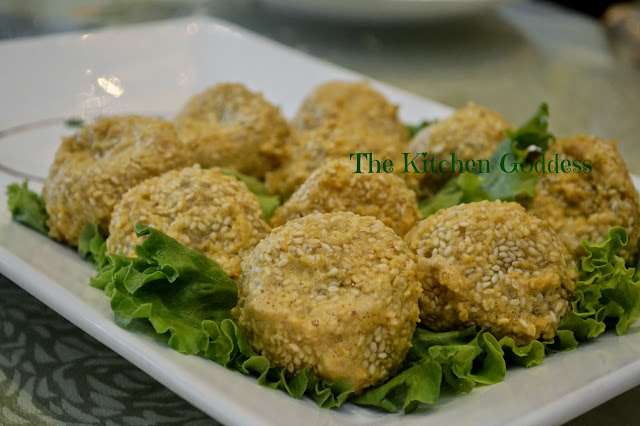 Crispy Prawn with Sliced Apple and Sweet and Sour Sauce. Another delightful dish. There's a chocolate-y aroma wafting from the prawns. We all forgot to ask if the chef sprinkled some chocolate powder. And the prawns are huge! 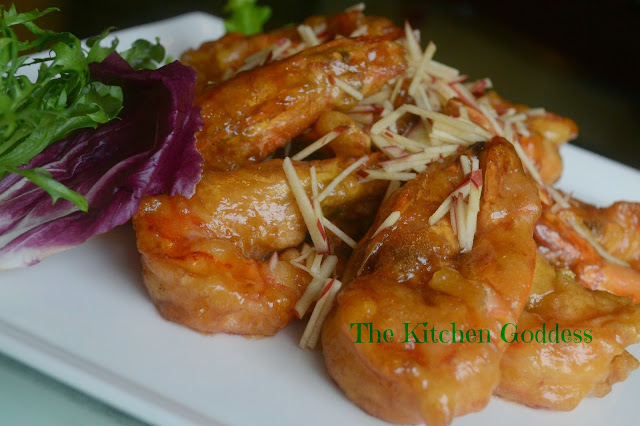 Steamed Live Garoupa with Black Olives. I was a bit hesitant to have a bite because fishbones doesn't agree with me but I can't resist not having a bite and I'm glad I did. The garoupa was so fresh it tasted sweet and creamy. The sauce which is infused with herbs and black olives is just perfect for the fish. I think I need rice for this. ;) 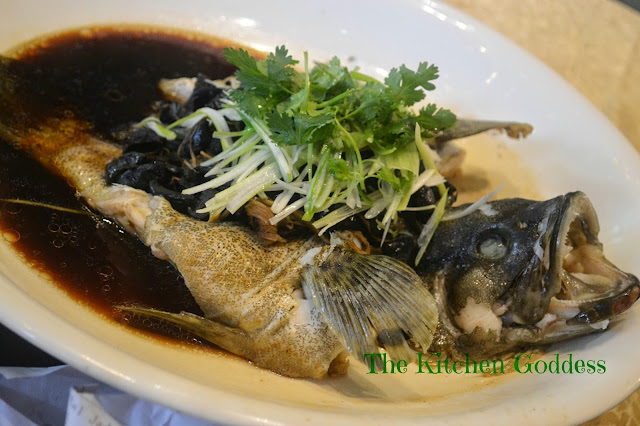 Sauteed Assorted Vegetable with Preserved Vegetable. Munching on these veggies made me happy. Well, except for the eggplant which I'm allergic to but that's okay since I was able to remove it. Yum! 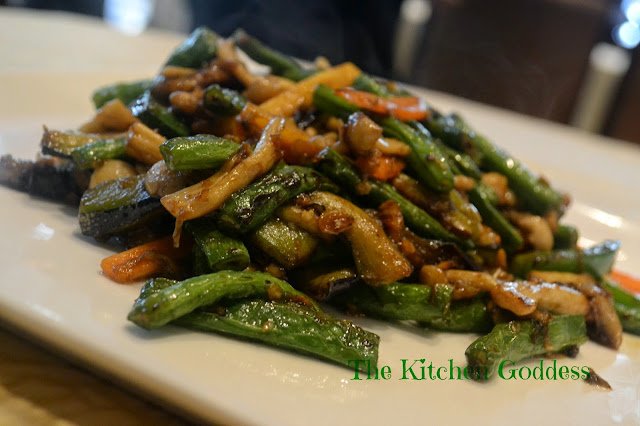 Braised Noodles with Shredded Duck Meat & Mushroom. This is the Peking Duck's second version. Actually, I was expecting minced-duck wrapped in lettuce but surprise surprise. And don't get fooled by its simplicity because you'll be amazed by how good it is. Comparing with the other noodles (pancit) that I've tasted, this one doesn't make you feel full even if you eat a lot. 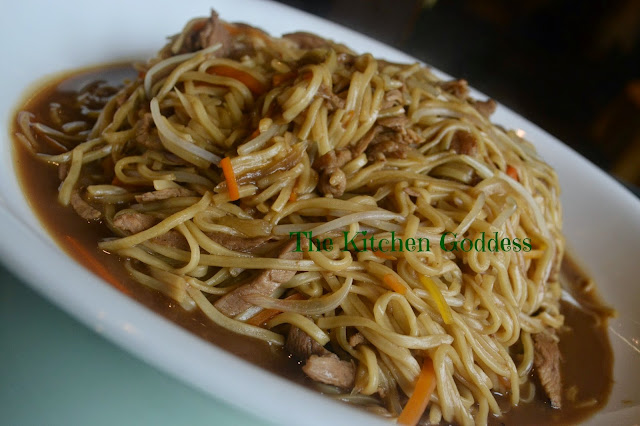 Coffee Jelly, Mochi, and Rice Balls. A meal doesn't just end without dessert so these are what we had. I particularly liked the coffee jelly because it removed the aftertaste of all the yummy dishes I've just tasted. Its like I really drank coffee. I can now eat again- haha! 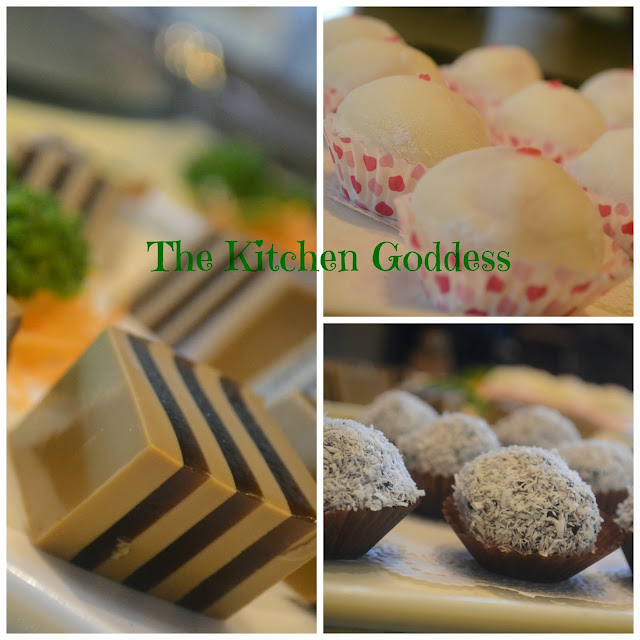 And because its almost Chinese New Year, Crystal Jade Dining IN will be offering Yusheng, a popular dish of fish and vegetables that is a staple among Chinese communities in Singapore and Malaysia during Chinese New Year. It is a dish that ushers in prosperity and wealth, as it is a homonym for Yusheng which means an increase in abundance. It is indeed a perfect dish to welcome the Year of the Ram.

Yusheng has several ingredients and you need to toss it together to bring in abundance and goodluck as you welcome the new year. 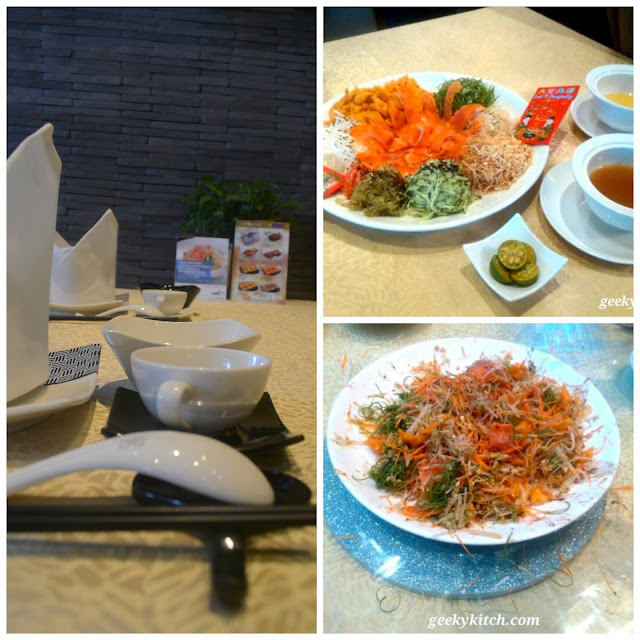 
And here's another good news, Crystal Jade Dining IN now also serves Xiao Long Bao, the signature dimsum that is synonymous with Crystal Jade Restaurants and is available only at the Greenhills branch before.